Latinos are driving the growth of the American labor force. In spite of this fact, Latino workers are regularly the targets of prejudice, often in the form of colorism and criticism towards their accents, according to a recent study by LinkedIn.

The U.S. Department of Labor reports 29 million Latinos are in the workforce, roughly triple the figure from 1990. The Department of Labor projects that 78% of new workers joining the American workforce this decade will identify as Latino. By 2030, 1 in 5 workers in the U.S. will belong to this ethnic group. Despite this considerable proportion of Latinos in the American workforce, significant barriers often hinder their career development. 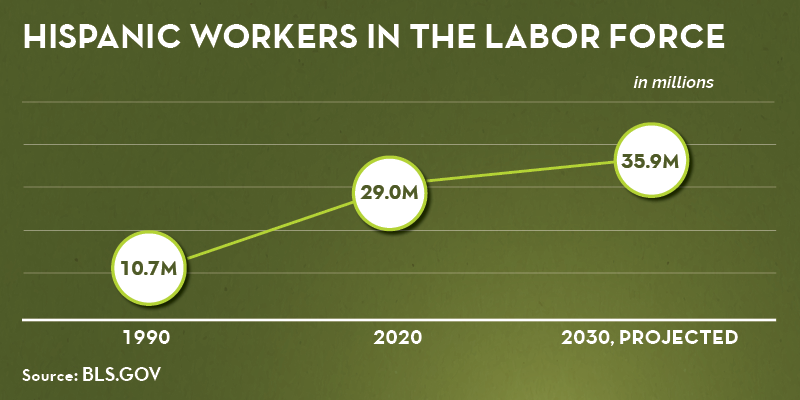 A LinkedIn study released in September found that 65% of Latino professionals with darker skin tones deem that their skin complexion prevents their career advancement. Rosanna Durruthy, Vice President of Diversity, Inclusion and Belonging at LinkedIn, told Latina, “This is a troubling statistic, and yet, it’s not a surprise to me.” LinkedIn’s inquiry corroborates the findings of other recently-published workplace studies, including one by the Gallup Center on Black Voices. The Gallup study found that 24% of both Black and Hispanic respondents reported experiencing workplace discrimination. Of those respondents in the 24%, the majority attested that the discrimination they experienced was related to their race or ethnicity.

Durruthy, who identifies as a Black Latina of Cuban and Puerto Rican descent, adds that Black Latinos or Afro-Latinos often have their Latinidad questioned or ignored in the workplace, especially if they don’t have a discernible Spanish accent. “A person like me who is Black and Latino, when the world sees me, they don’t necessarily conclude that I’m Latina,” Durruthy said. “In American society, racism and colorism have been a factor in how people are judged, how people are perceived in terms of their educational attainment, their readiness, and their ability.”

It’s worth noting that Latino is an ethnicity and not a racial category, which means that Latinos have a range of physical attributes and skin complexions. Latinos may identify with one or more races, including, but not limited to, Black, Indigenous, Asian or white. 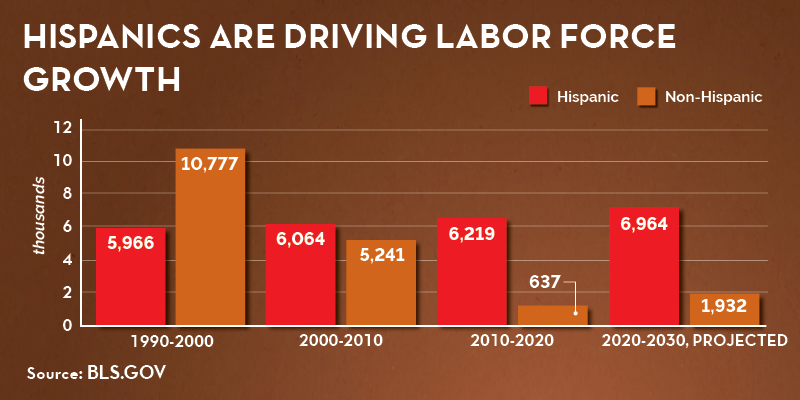 Durruthy encourages allyship in the workplace—especially between people of color from all ethnicities—to promote growth and equity in the workplace. “I think to be Latino is to embody the superpower to be a powerful ally, regardless of whether we’re light-skinned or dark-skinned, because we may have people who represent different races [in the Latino community],” Durruthy said. “I think all too frequently, we believe that just doing the work is going to be sufficient to our career progression, not recognizing that it’s the ability to form relationships that help advocate for you that becomes important. And certainly, the allies who can champion you and who can be a voice for you when you’re not in the room where promotions are being discussed.”

In addition to facing discrimination based on skin tone, Latino professionals must also contend with biases towards their accents and speech patterns. While over two-thirds of Latinos in the U.S. are American-born and many use English as their first language, there is still a portion of Latino professionals, particularly those who learned English later in life, who retain strong accents.  According to LinkedIn’s survey, 89% of respondents with strong accents have felt overlooked for career advancement. “I think all too frequently, not only do we feel self-conscious [for speaking with an accent], but even more so people who see us speaking with accents, perceive that accent means you don’t understand,” Durruthy said. “I know a lot of brilliant people with accents who are amazing and incredible. And by the way, they speak more than one language, which I think is a distinct advantage to people.” 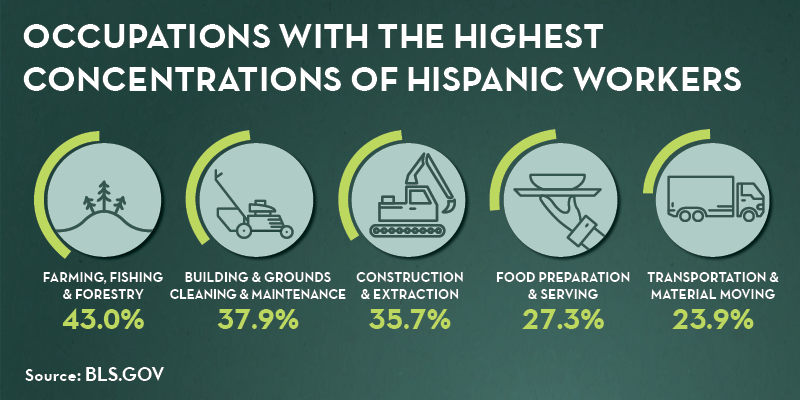 The study also revealed that more than 1 in 3 Latino professionals surveyed are considering leaving their current job due to lack of recognition of their work, insufficient advancement opportunities, and the relative absence of leadership figures who look like them. Durruthy urges companies to turn their Diversity, Equity and Inclusion “workshops” into “actions” in order to support and promote the career development of their Latino talent. “People stay for their friends, but they leave because of their managers. Don’t make managers the reason why your Latino talent leaves the organization. Look for opportunities to create safe spaces.”

Although a lot of companies are pushing for meaningful changes to improve equity in the workplace, there are nevertheless many toxic work environments that continue to miss the mark. Durruthy advises Latinos who want to leave their current workplaces to look for new companies with strong diversity and inclusion action plans. She also encourages them to connect with other people of color at their prospective companies in order to gather real testimonies about the workplace culture. “I think the marketplace has opened up significantly. We don’t have to settle for less, and we shouldn’t settle for less,” she affirmed.  “I certainly would hope that we’re utilizing this power of relationships and networks to gain a better understanding of the opportunities that are available for us.”