Beijing Olympics 2022: Latino Athletes to Look Out For

The 2022 Winter Olympics are just around the corner, and Latinos from all over the world have their skis, skates and bobsleds packed and ready for Beijing.

Athletes from Argentina, Bolivia, Brazil, Chile, Colombia, Ecuador, Haiti, Mexico, Peru, Puerto Rico and Trinidad and Tobago will be shredding the slopes in just a few days. However, due to mounting COVID-19 restrictions set by the Chinese government, this year’s Winter Games will look different from previous years. All athletes are required to opt into a complete COVID bubble of isolation from the rest of the city. They will follow a strict protocol that includes daily COVID tests, mask enforcements and strict vaccination and isolation rules. Undoubtedly, this year’s Olympics will be a unique experience for everyone participating. .

Between the fourth and the 20th of February, fans will watch the world’s top athletes compete against one another. Could this be the year that a Latin American country finally wins a medal? Here are the Latino athletes that LATINA cannot wait to cheer on:

Brazil is joining the bobsledding competition with their two and four-man teams. However, one of the men participating in the competition, Edson Luques Bindilatti, stands apart. 42-year old Bindilatti is competing at his fifth Winter Olympics and has been with the Brazilian team since 2000. Like many other Latino bobsledders, Bindilatti joined the team despite never seeing snow before. In fact, viewing the iconic “Cool Runnings” film compelled him to try the sport.

Teammates Erick Gilson Vianna Jeronimo, Rafael Souza da Silva and Edson Ricardo Martins will be competing with Bindilatti in the competition and hoping to finally win a Winter Olympic medal for the region.

From Buenos Aires, this 23-year-old skier has been shredding the slopes since she was only a child. Born to two ski instructors, Baruzzi Farriol‘s passion for the sport is in her blood. She began skiing professionally at 10, with her father coaching her to Beijing for her Olympic debut.

19-year-old Sabrina Cass is competing in her first Winter Olympics. She will be the first-ever Brazilian mogul skier to compete in the games. Born in the United States, Cass’s family would drive her to the mountains every weekend to ski. Then, in 2021, she reached out to the Brazilian Snow Sports Federation, offering to compete for her maternal land. Making history this year, Cassis will attract attention for Team Brazil.

Dickson Sommers is competing in his second Winter Olympics. The 24-year-old was born in Mexico and adopted by a Canadian family when he was one. He has a long history with the sport, picking up skiing when he was just six years old. Proud of his Mexican heritage, Dickinson Sommers is happy to represent his birth country at the Olympics.

“I really want to start something new. There are a lot of young guys in Colorado who could represent Mexico, so in a few years, I hope there will be a big team and athletes capable of being really successful,” he says.

Carrilo will be the fourth ever Mexican figure skater to compete at a Winter Olympics and the first since 1992, making history in Beijing. Carillo is trailblazing for more figure skaters from his home country to join an under-enrolled sport in Mexico. 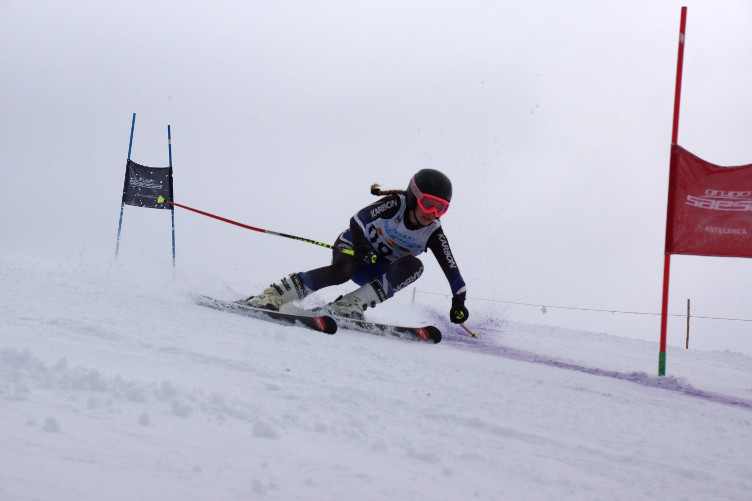 At just 19, Aramburo is the youngest athlete representing Chile in the Beijing Olympics. This will also be the skier’s first international competition and her first-ever Olympics.

Of course, we can’t forget about the Latinos participating on behalf of the United States on Team USA.

Carlo Valdes began competing with the bobsled team in 2014. After a short hiatus, he announced his intention to return to the team and qualify for Beijing. Valdes is a former UCLA football player introduced to bobsledding by a former teammate.

Also competing is Alex Ferreira, a 27-year-old freestyle skier from Colorado who has been on the national team since 2015. Ferreira is mentored by his father, a former professional soccer player in Argentina. This will be his second time competing at the Winter Olympics.

Finally, Kristen Santos is a short-track speed skater competing in her first-ever Olympics. She began figure skating when she was three years old and transitioned to short track at nine. The 27-year-old is making her Olympic debut, and we cannot wait to watch her speed down the ice.