Butter Roll: For a New Generation of Roller Skaters

Founder Amy Collado giggles as she recalls the mission statement she wrote six years ago for the first Butter Roll skate event: “To maintain the overall well-being of New Yorkers through roller skating, art and social justice politics.” Looking back she admits she had no idea how it would all work out, but she knew it felt right. “It wasn’t until years later that I read the [statement] again, that I realized my mission had always been there. I just didn’t know how to make that sentence a reality,” she explains. “It was really about me trusting my vision and letting that be enough.”

Collado wrote the objective for Butter Roll only two months after creating the Instagram account. Fast forward a few years of organizing, event planning, community investment and a lot of trial and error, and the project is a burgeoning New York City-based roller skate brand and social enterprise. If we inserted “How It Started…How It’s Going” photos here, we would see her Google searching for a sequin butterfly top back in 2009 — which led Collado to discover her life’s calling — next to a photo of her in the skate boutique that just opened in October 2021. But like many creative visionaries, Collado’s journey has had many twists and turns. 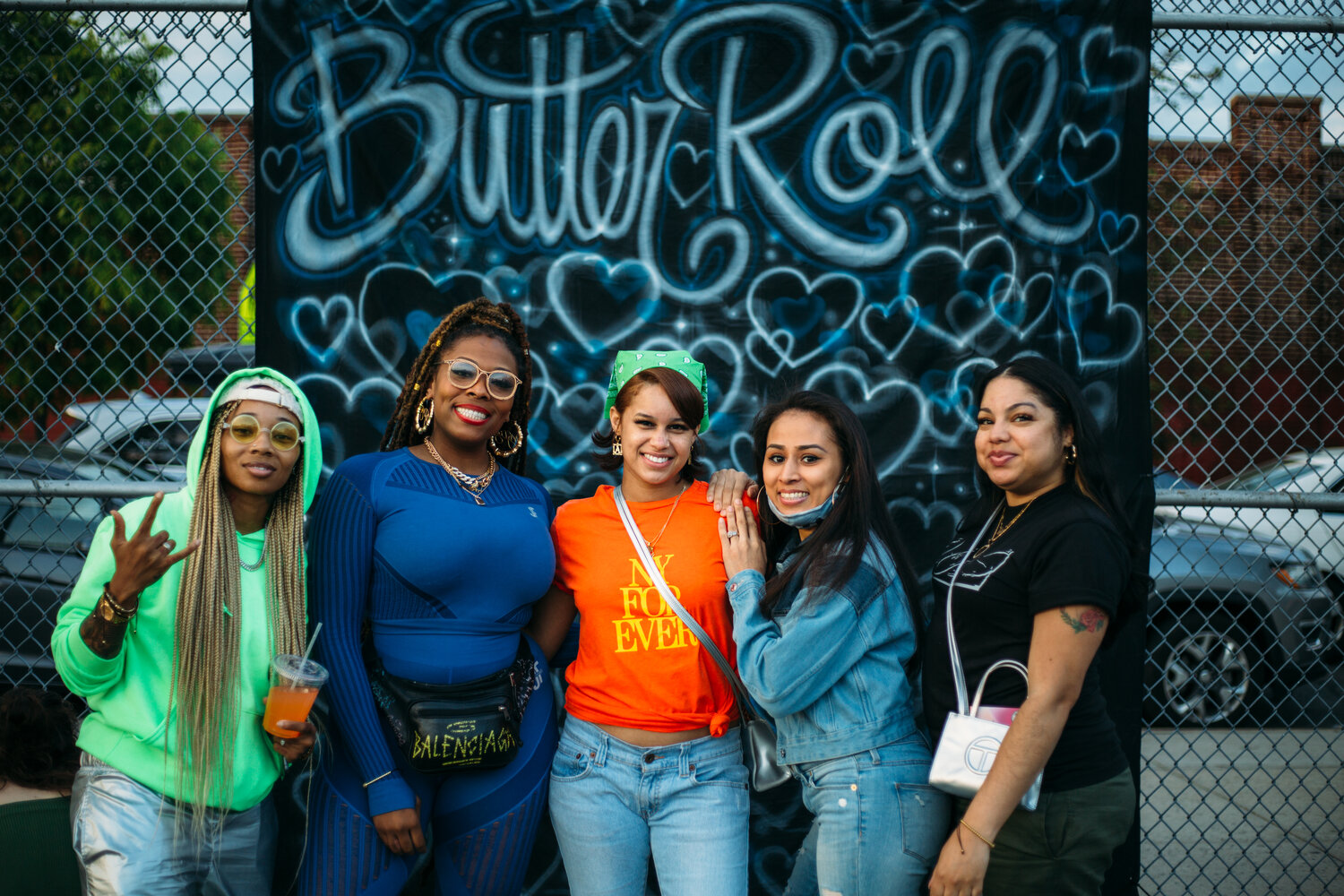 Founder Collado pictured in center, wearing orange. She is surrounded by friends at an event in Brooklyn, N.Y., to celebrate Butter Roll’s sixth anniversary. Photography by Mario Rubén Carrión.

As a history buff born and raised in Brooklyn by Dominican parents, Collado fell in love with roller skating culture in Black and brown communities. She was attracted to the skating atmosphere, music and style inspired by the disco era, and later tied to early hip-hop in the ‘80s — way before its popular reemergence on social media. Although the sport was not part of Collado’s upbringing, her mother shared stories of her joyous experiences rolling through the skating rinks in feathers and glamorous, handmade outfits as a young baddie in the ‘70s. Those shared memories inspired Collado to explore the possibility of preserving a space that could keep the culture alive. The idea of owning a roller skating rink was born. 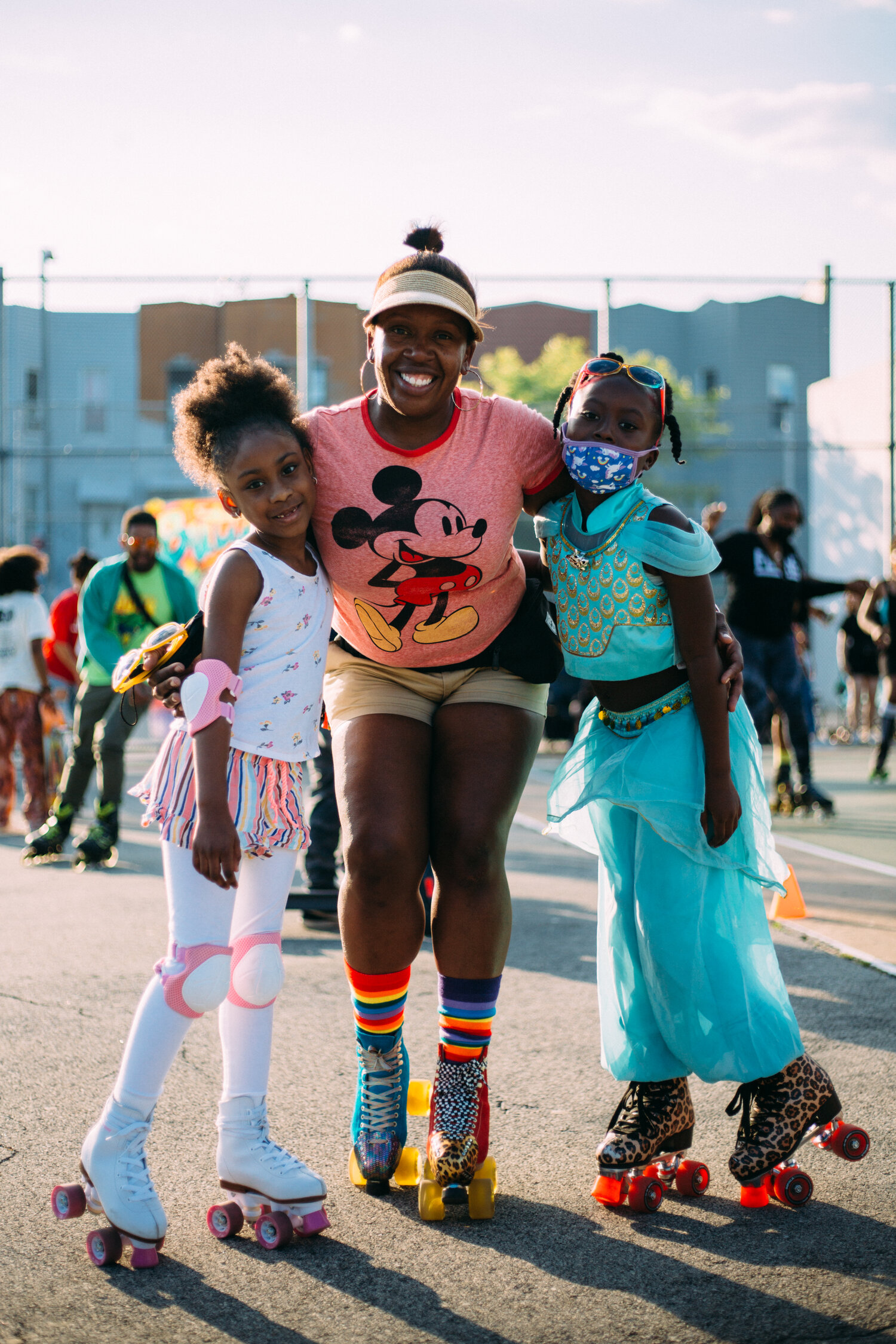 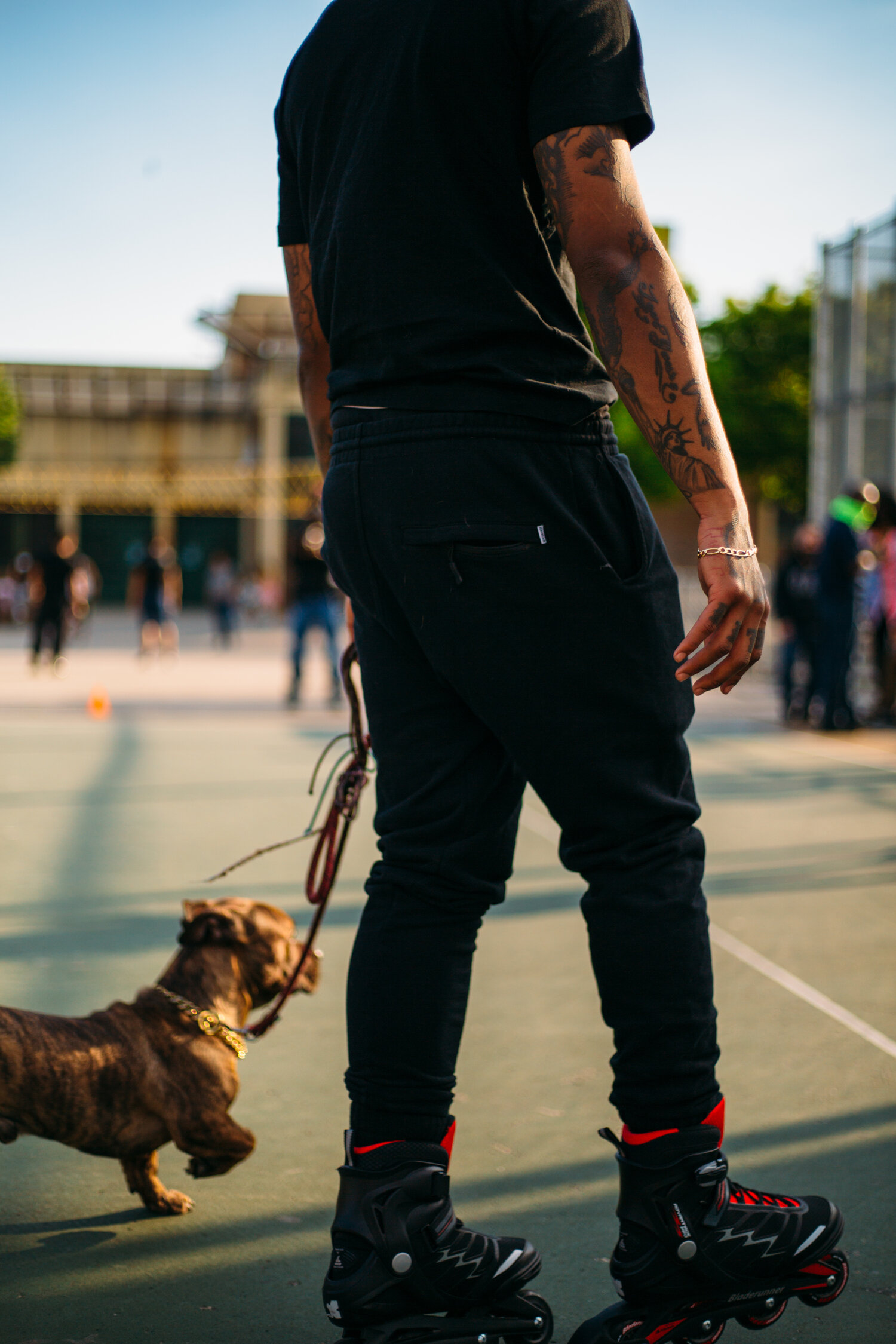 Before the rink, Collado knew she had to build an inclusive skating community that could bring the vision to life. In 2015, Butter Roll club was established to promote social and mental wellness for BIPOC communities through curated skating events. Butter Roll held a residency at LeFrak Center at Lakeside Prospect Park during 2019, making history as the first programmed series of events in that space hosted by a woman of color. Although Collado is very grateful for all the support that led up to that, she had to overcome many roadblocks along the way. “My particular experience getting into certain rinks was a lot more difficult than I expected. There was a lot of red tape, or politics that I didn’t know existed, that I wasn’t prepared for,” she comments.

Collado recounts that 2017 and 2018 were tough years for the project. There were places that she couldn’t get into, nightclubs that showed potential but wouldn’t give her a chance. As a Black Latina, Collado argues from personal experience, “it wasn’t always about what they made it seem to be, it was more about just not wanting to give access, not seeing the potential, not seeing the vision.” 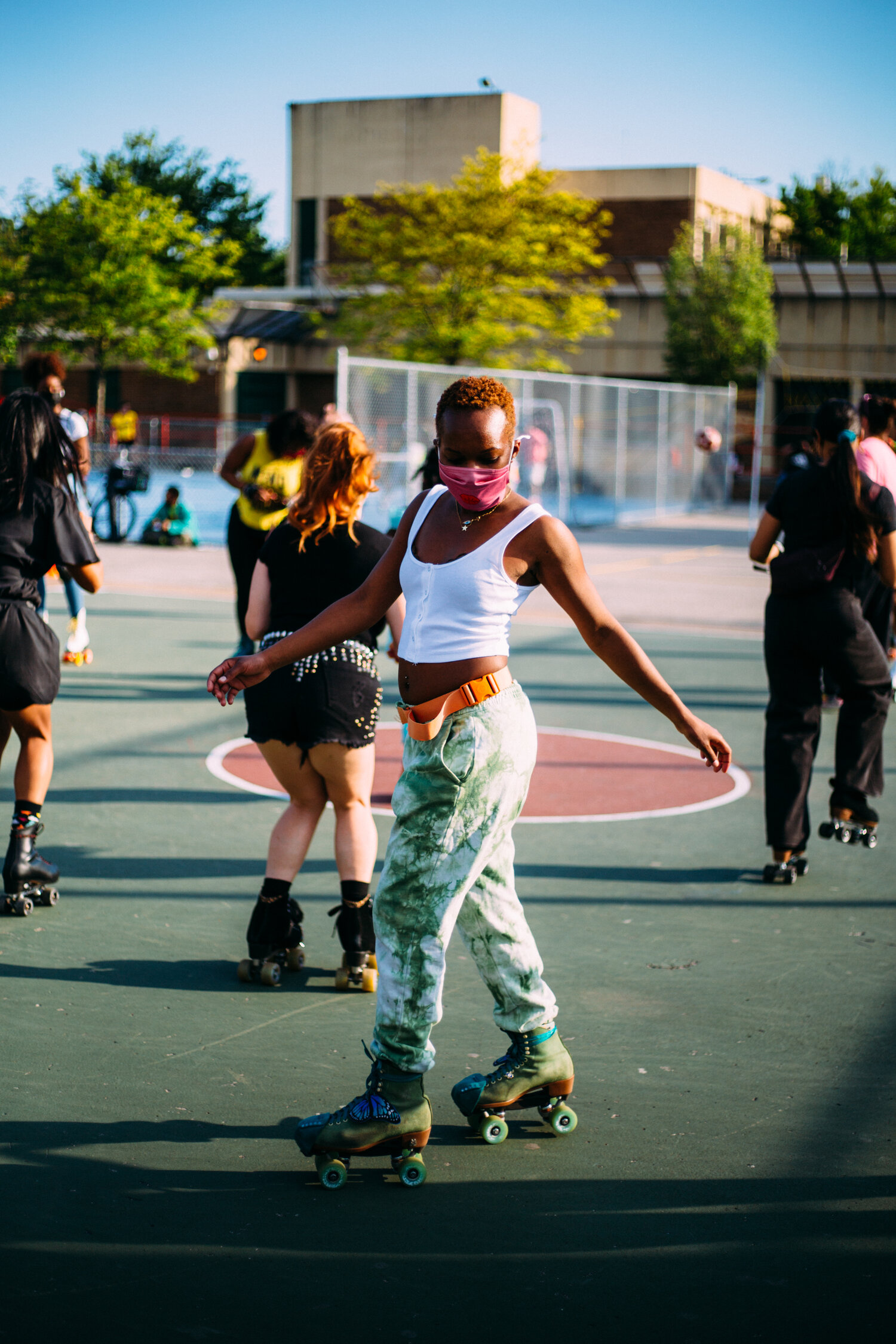 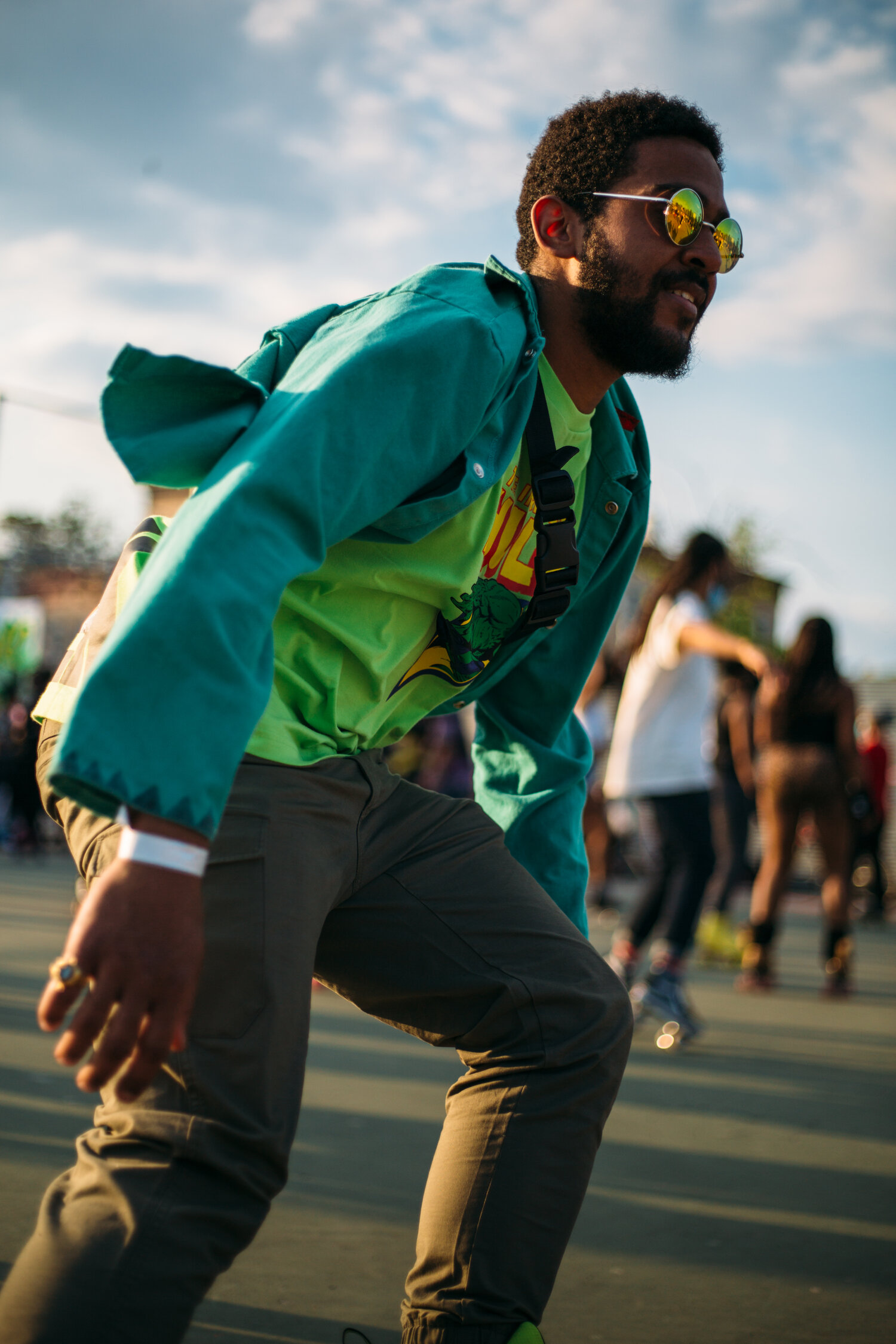 It was her experience as a tenant organizer while building Butter Roll that allowed her to grow politically and understand the root cause of what made it hard to get into certain places. “The positive from all that is that it gave me a grip that I didn’t have,” she adds.

And by the beginning of 2020, she was ready to find a rink. Collado found a gorgeous warehouse in the Bronx, and then the pandemic hit — Butter Roll had to pivot. “The pandemic revealed that roller rinks were at risk. So a lot of them, even in LA, closed down. They couldn’t keep up. But skate shops did well. And not just monetarily, but it gave people access. People didn’t just have to rely on a rink to enjoy skating.” 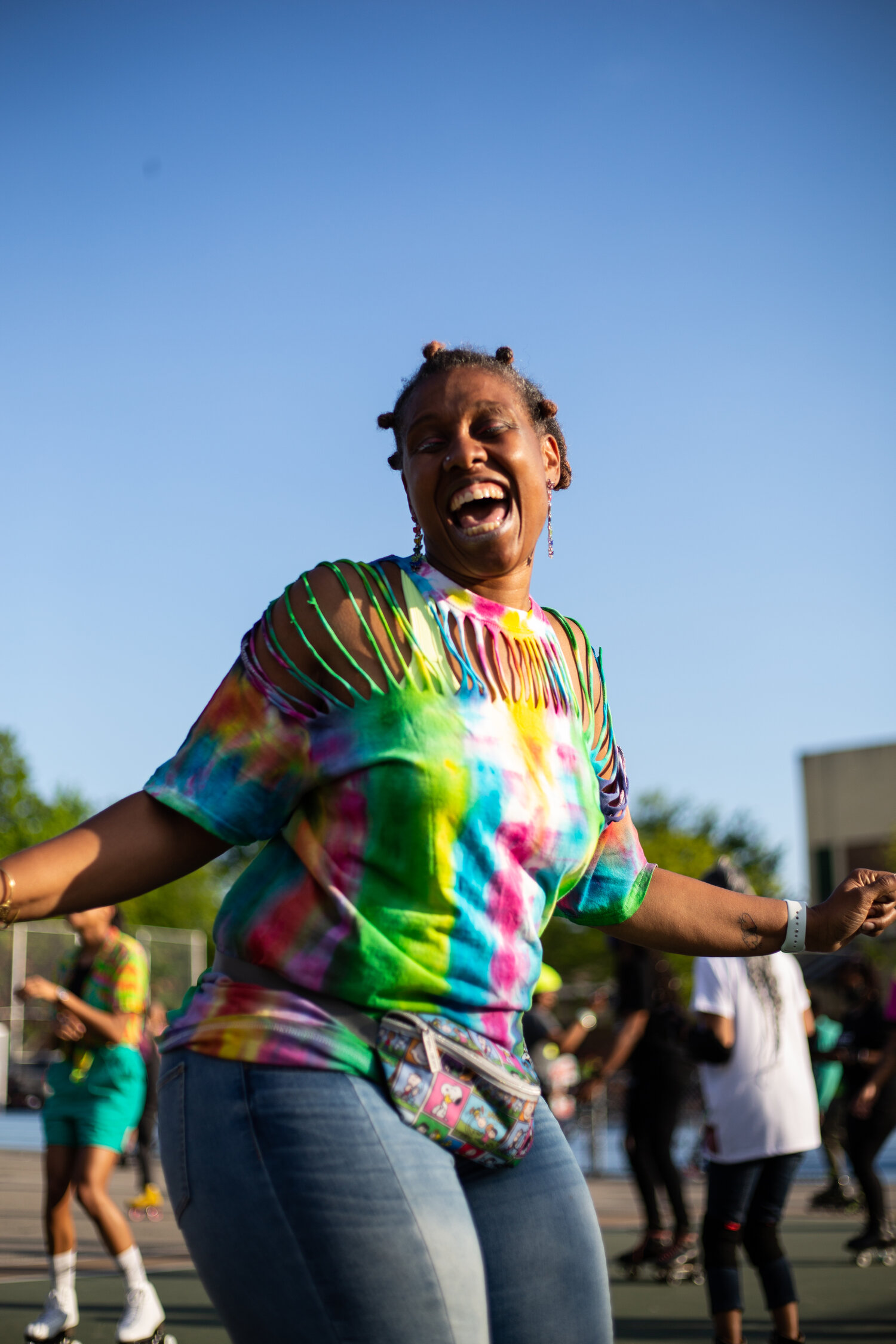 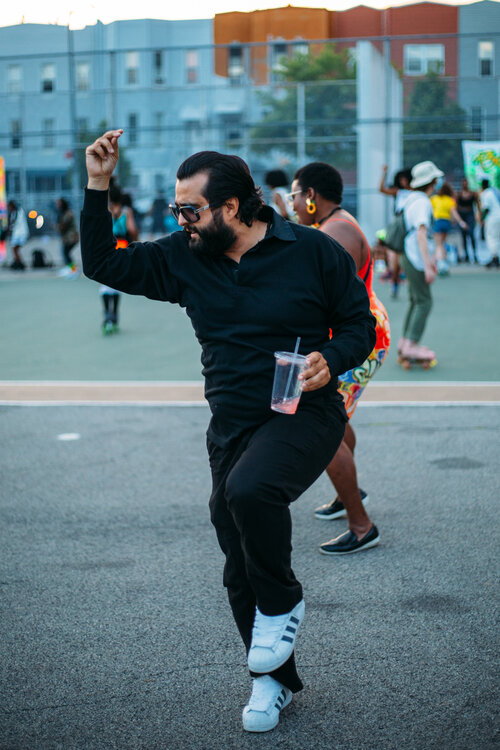 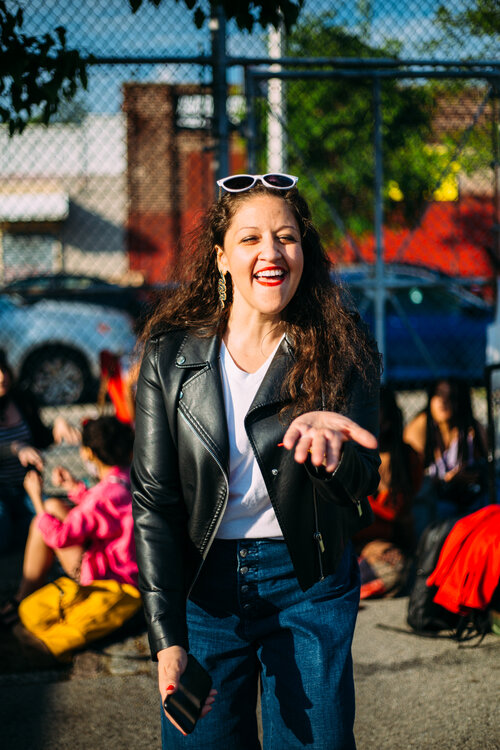 After reactivating skating events in outdoor spaces and launching a limited batch of Butter Roll merch, it confirmed that roller skating was very much alive during the pandemic. Although the rink is still a possibility down the line, she decided that the shop would be a viable option. With the support of community investments, hours of research and renovations, Butter Roll launched the first lifestyle boutique for roller skaters.

Collado wants to distinguish the shop from others by supporting the arts and culture revolving around skating. Unlike other shops that specialize in fixing skates or offering parts and pieces, Butter Roll Skate Boutique carries stylized merchandise, branded skates and literature, and it proudly welcomes beginners.

The Skate Boutique is located in Ridgewood, off the corner of Woodward and Madison in front of Rosemary’s Playground. Collado hopes that one day “the kids playing across the street will walk in and buy a pair of skates, and then be introduced into the world of skating and keep it going.”