You may know Cecilia Suarez, 50, as Paulina de La Mora, the riveting lead in Manolo Caro’s Mexican dark dramedy “La Casa de Las Flores” [“The House of Flowers”], co-produced by Netflix. The actress stole countless scenes playing Paulina, the eldest of the dysfunctional upper-class clan and the manager of her father’s struggling cabaret full of drag queens, strippers and “dark rooms.” All to buy back the family-run business — a posh floristry shop — to maintain their high social status among the Mexican elite and save her relationship with transgender ex-partner Maria Jose.

Suarez received international praise for her characterization of Paulina. She was recognized not only for her distinctive slow speech and biting quotes that sparked a viral ‘Paulina de la Mora Challenge‘ in 2018, but for her tenacity and LGBTQ+ allyship. “Es un pez que navega en cualquier agua,” [She is a fish that navigates in any water] is how Suarez describes the character.

Since “La Casa de Las Flores” first aired in 2018, Suarez has become a pop icon for the Latinx queer community, boosting her long-standing acting career in Mexican TV and cinema. Now, after taking an extensive break from working in the U.S., the actress has returned for the new ABC series “Promised Land,” a generation-spanning drama about a family competing for wealth and power. I interviewed Suarez via video chat the week before “Promised Land” aired. Suarez revealed what drove her away from acting stateside for so long and why she accepted this new role during our conversation. 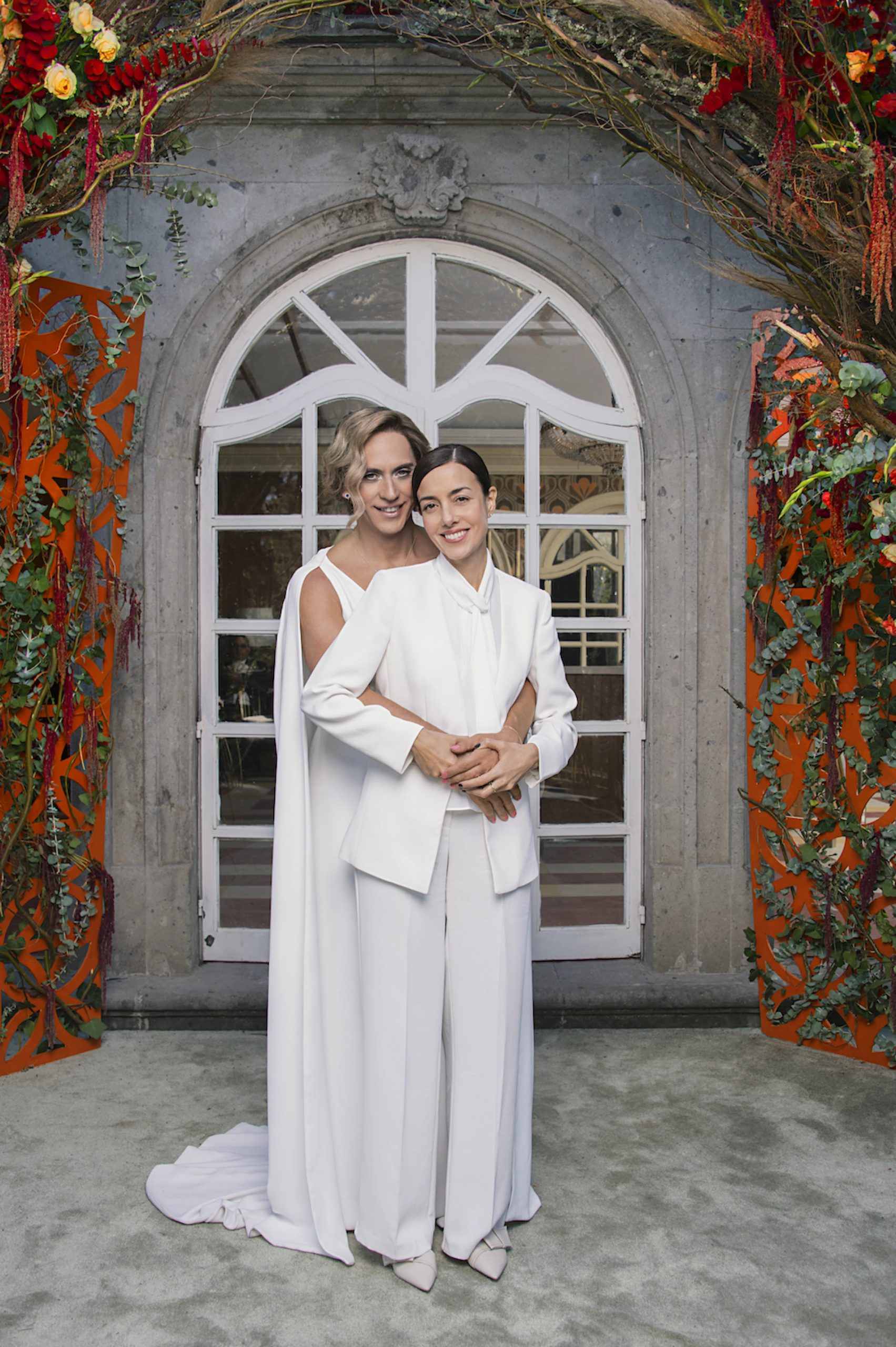 Early in her career, Suarez realized that Latinx diversity wasn’t recognized nor portrayed adequately in American media. As a result, the film and television roles she was offered were limited by stereotypes and weak character arcs. “Era o estar en la Army o en el Navy, o ser un gang banger, o una Latina sexy.” [It was either being in the Army or the Navy, a gang banger, or a sexy Latina.] For Suarez, none of these types of roles resonated, nor did they fit within her universe. So she decided that by working in Mexico, she could take roles that reflect her cultural heterogeneity.

When she was offered to play the role of Lettie Sandoval in “Promised Land,” she appreciated the nuance of the show’s Latinx creators, “hablan de quiénes somos nosotros desde nuestra perspectiva, no desde la óptica de alguien que no se ha tomado el tiempo de entendernos con la complejidad que también tenemos” [they speak from our perspective, not from the perspective of someone who has not taken the time to understand our complexities]. Although it took her years to return, the U.S. is where she first fell in love with acting.

After finishing high school in her hometown in Tamaulipas, Mexico, Suarez moved to Illinois to attend college. Originally she planned to study law but found her calling in the theater. Suarez made her debut as an actor in Chicago at the Steppenwolf Theater Company. Although she primarily acts on screen these days, Suarez considers theater the foundation of her career. “Para mí la formación teatral ha sido fundamental y ha sido mi raíz, y ha, no solo educado, sino marcado, el camino que he ido tomando y construyendo como actriz.” [For me, theater training has been fundamental and has not only educated me but also marked my path as an actress.]

As Suarez explained during our interview, the theater is her foundation, but TV has been the most generous. She has starred in numerous shows with award-winning roles that have established her as an iconic face in Mexico. This includes her first televised role in the Mexican telenovela “Mi Pequeña Traviesa,” and “Capadocia,” the HBO Latin America series that earned her an International Emmy Award nomination in 2009 for Best Performance by an Actress (she was the first Spanish-speaking actor to be nominated). But it was her role as Paulina in “La Casa de Las Flores” that catapulted her career, expanding her audience outside of Spanish-speaking countries thanks to Netflix releasing the show globally as part of their catalog of international originals and acquisitions.

Suarez and Manolo Caro, director of “La Casa de Las Flores” and her longtime collaborator, have forged a creative partnership that has spanned over two decades. Suarez has starred in all his films and series except one. Caro (often compared to Pedro Almodovar) injects dark comedy and vibrant colors into archetypal storylines, updating them to reflect on modern-day issues. Caro has developed roles for Suarez that challenge her as an actor (and muse) and push her to take risks. Before initiating the next project, Suarez and Caro begin by asking, “Cómo contamos una cosa que no hayamos contado antes, cómo trabajamos otras cosas que no hayamos trabajado antes?” [How do we tell something that we haven’t told before, how do we work on other things we haven’t worked on before?] 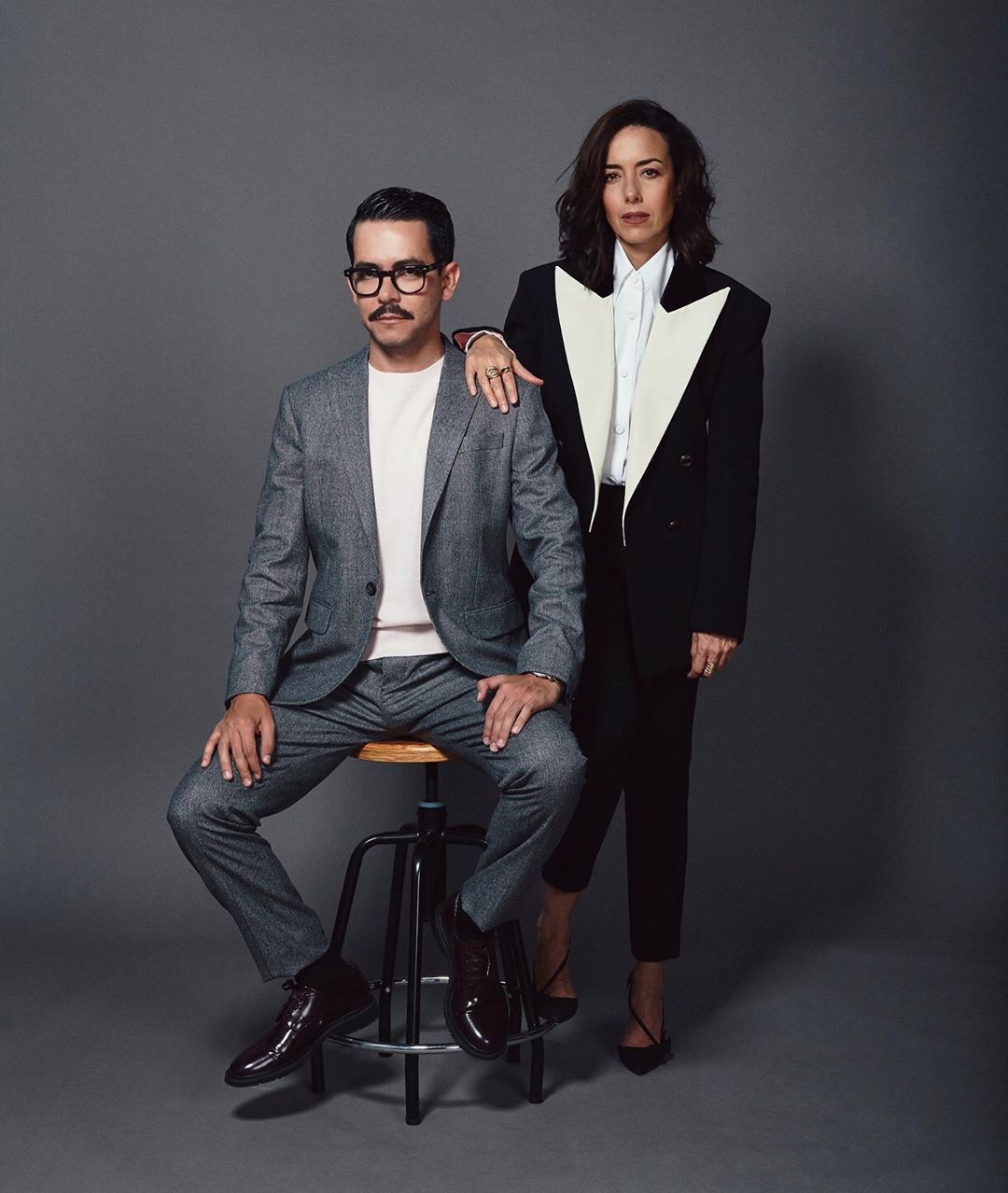 When they created the character of Paulina de la Mora, they both recognized that she was a polarizing figure — the audience would either hate her or love her. Although it turned out to be the latter, neither expected Paulina to be such a phenomenon. Soon after, they worked on “Someone Has to Die,” a period suspense drama, and later came “Perfect Strangers,” the first Latin American remake of an Italian film.

Unsure of how the audience would receive Paulina, Caro developed roles that vastly differed from “La Casa de Las Flores” as a sort of palate cleanser. But their main concern overall, given their extensive collaboration, is avoiding repetition. After Suarez films a comedy she tends to opt for a drama that differs from a role she just did. “A mí lo que más me entretiene es estar cambiando, no quedarme en un solo sitio, no acomodarme en una cosa que yo sienta que quizá pueda hacer,” [What interests me the most is changing, not staying in one place, not settling for one thing that I feel I might be able to do well], explains Suarez.

Now she is back working in the U.S. for another challenge. In the new ABC series “Promised Land,” Suarez plays the role of Lettie Sandoval, the wife of patriarch Joe Sandoval (played by John Ortiz). Set in Sonoma Valley, the series follows the Sandovals, a Mexican-American family who owns a vineyard and is one of the country’s most significant wine producers. Created by Matt Lopez with a talented Latino cast, the story explores the human component of immigration rather than politicizing it. Again, Suarez was attracted to the idea of telling a story that does not rely on stereotypes or tropes. 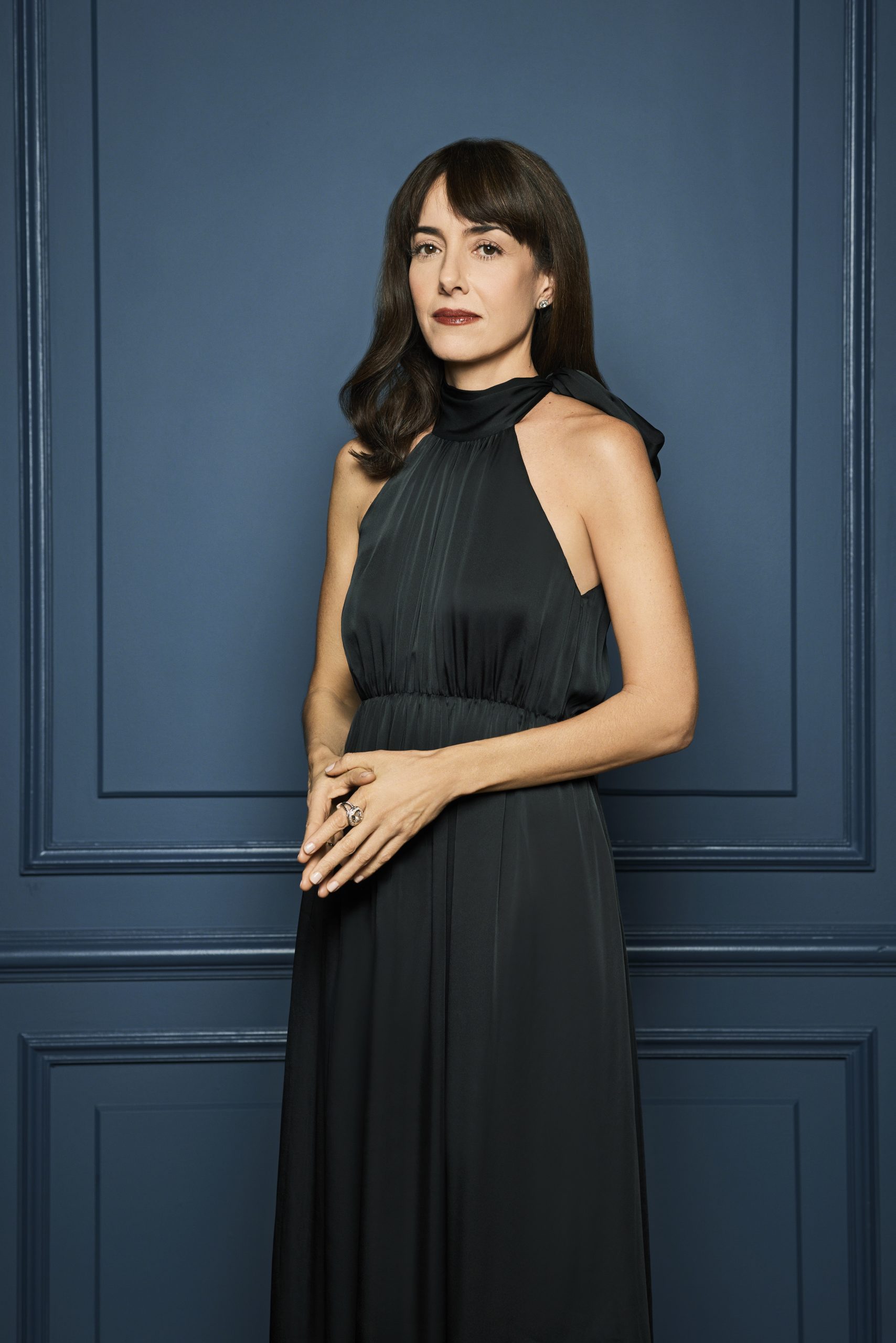 “La serie no nos encaja en un cubito, donde siempre suelen acomodarnos en las producciones norteamericanas, es sin duda un paso hacia adelante.” [The series does not put us in a box, where they tend to place us in North American productions, it is undoubtedly a step forward.] The Sandovals are complex people, with contradictions, doubts, successes, strengths, and weaknesses. All this makes for a very enriching and diverse universe that attracted Suarez and led her to accept the role.

But what makes this series unique is its focus on the aftermath of successfully attaining the “American Dream,” rather than leaning in on the struggle to get here. “‘Promised Land,’ habla de qué sucede una vez que se llega ahí. No solo el cruce de la frontera, que es donde las historias suelen concentrarse.” [“Promised Land” talks about what happens once you get to the U.S. Not just the border crossing, which is what [immigration] stories tend to focus on.]