Compton’s Cafeteria Riot: The Trans-led Uprising Before Stonewall & The Latina Who Upheld Its Legacy

One hot night in August 1966, three years before the Stonewall Uprising in Greenwich Village would inaugurate New York’s annual Pride marches, a group of trans women, hustlers, and drag queens staged an uprising of their own at the Gene Compton’s Cafeteria in San Francisco’s Tenderloin district. Historian Susan Stryker described the Compton’s Cafeteria Riot as “the first known instance of collective militant queer resistance to police harassment in United States history.”

The exact date of the riot remains unknown, as San Francisco police records for this period no longer exist and local newspapers did not cover the events, but participants later recalled that resistance “erupted” in the cafeteria when a Compton’s worker called the police to remove a group of trans customers. When one of the cops attempted to arrest a trans woman, she threw a cup of coffee in his face. Soon the other queer and trans patrons joined in the resistance, throwing dining ware and furniture, shattering the windows, and swinging purses and high heels at the other officers. When the police retreated into the streets, the rioters followed, damaging a police car.

When the cafeteria refused to allow trans and queer people back into the building the next day, members of the Tenderloin’s LGBT community flocked to Compton’s to picket the business. The demonstration ended when protestors shattered the new plate glass windows that had just been installed to replace those that rioters had smashed the night before.

Arrest and police harassment were not new to the queer Tenderloin denizens who flocked to the 24-hour cafeteria at 1010 Taylor Street. Many trans women in the Tenderloin engaged in street prostitution, due to pervasive employment discrimination that barred them from most other jobs, and they needed a sheltered place in the city where they could gather and socialize through the night. Compton’s was hardly a welcoming establishment though: management and staff members regularly called police officers to clear the cafeteria in the years leading up to the 1996 riot. Vice officers regularly swept through the Tenderloin and arrested trans women and drag queens for wearing make-up or articles of women’s clothing, acts that were criminalized as “female impersonation.” But because they weren’t welcome at many of the Tenderloin’s gay bars, trans women had few other choices for where they could gather in the evenings.

Several of the participants of the Compton Cafeteria Riots were members of Vanguard, a short-lived gay liberation youth organization that was active in the Tenderloin district from the fall of 1965 until 1967. The month prior to the Compton Cafeteria Riot, in fact, Vanguard members picketed Compton’s Cafeteria after being kicked out and banned from the establishment. The article published about that demonstration ran with the headline: “Young Homos Picket Compton’s.” Shortly after the riot, Vanguard staged a symbolic “street sweep” march through the Tenderloin to protest the police’s neighborhood “sweeps” that sought to “clean up” the city through the harassment and incarceration of queer and trans sex workers.

After the riot, Compton’s Cafeteria began closing at midnight to prevent trans patrons from congregating and by 1972 the business closed permanently.

Felicia Elizondo, a Latina trans activist who frequented Gene Compton’s Cafeteria in the 1960s, spent much of her later life working to ensure that the city would honor the legacy of the fierce trans women who led the fight for queer liberation in San Francisco. Born in San Angelo, Texas, Elizondo left home as a young teen and moved to San Jose, California, making frequent visits to San Francisco’s Tenderloin district. In Victor Silverman and Susan Stryker’s 2005 documentary, “Screaming Queens: The Riot at Compton’s Cafeteria,” Elizondo described the social conditions that trans women and drag queens faced in the Tenderloin at the time of the uprising. Although Elizondo did not participate in the riot that night, she would go on to commit herself to honoring the legacy of those who did fight for the right to live free from harassment and arrest. 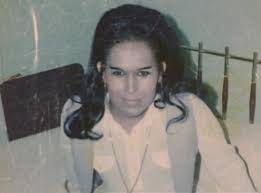 Throughout her life, Elizondo worked closely with other trans women of color to engage in activism that tackled both racial injustice and transphobia. After being diagnosed as HIV positive in 1987, Elizondo worked for several organizations, including P.A.W.S., Shanti and the San Francisco AIDS Foundation, and she contributed panels to the AIDS Memorial Quilt. She was a key organizer of the annual San Francisco Trans March and performed at clubs and charity drag shows as “Felicia Flames” with the musical drag group, the Tenderloin Queen’s Revue.

On June 22, 2006, as part of the city’s Pride celebrations, San Francisco unveiled a marble plaque commemorating the riot on the sidewalk at the corner of Turk and Taylor, the former location of Compton’s Cafeteria.

“Here marks the site of Gene Compton’s Cafeteria where a riot took place one August night,” the plaque reads, “when transgender women and gay men stood up for their rights and fought against police brutality, poverty, oppression and discrimination in the Tenderloin. We, the transgender, gay, lesbian, and bisexual community are dedicating this plaque to the heroes of our civil rights movement.” During the ceremony, June 22 was also declared Gene Compton’s Cafeteria Riot Day in San Francisco.

In 2015, Elizondo was recognized as a lifetime achievement grand marshal of the San Francisco LGBT Pride Celebration Committee, and the following year, Elizondo spoke at events across San Francisco to commemorate the fiftieth-anniversary of the Compton’s Cafeteria Riot.

In 2016, Elizondo also worked with San Francisco supervisor Jane Kim to rename the 100 block of Taylor Street to Gene Compton’s Cafeteria Way. “We were murdered, beat up, thrown in jail because we couldn’t be who we were meant to be.” Elizondo explained to the Bay Area Reporter, “I want this as a way to give memory to all the girls and boys who stood up for all of us at one time to be who we were meant to be.”

Aria Sa’id, executive director of the city’s Transgender Cultural District, explained that the name “Gene Compton’s Cafeteria Way” was ultimately a compromise, as city officials resisted the inclusion of the word “riot” on the street sign and community members pushed for the removal of “Gene” from the name, not wanting the city to recognize the transphobic owner of the cafeteria chain that collaborated in the harassment of trans and queer clientele.

San Francisco’s Transgender Cultural District became the world’s first legally recognized transgender cultural district in 2017 when it was formally recognized by the San Francisco Board of Supervisors. District leadership and community members chose to remove “Compton’s” from the original name of the district to disassociate from the memory of Gene Compton. Since the district’s establishment, district leadership, who work independent of city leadership, continue to organize beautification and cultural events in the Tenderloin, and in 2020 launched a relief fund offering grants for trans Tenderloin residents who had been impacted by the coronavirus epidemic. In 2018, the Tenderloin Museum co-produced an interactive theater production inspired by the Compton’s Cafeteria Riot, which starred several local trans actresses and drag performers who recreated the events of the uprising at a cafe just a few blocks away from the former location of Compton’s.

Felicia Elizondo passed away on May 15, 2021, at age 74, and Luis Gutierrez-Mock, a close friend of Elizondo, described the trans activist’s bold and unapologetic spirit for Bay Area Reporter: “She’d always say, ‘I’m a diva, I’m a bitch, I’m an icon, I’m a legend, and I’m your history.'”