Mexican-American San Cha is a Los Angeles based singer-songwriter known for her explosive voice — one that carries on the traditional gravitas of Mexico’s greatest mariachi and bolero dames, such as Chavela Vargas and Lola Beltran. On stage, her persona radiates an undeniable contemporaneity that blends drag femme grandeur and LA Chicanx strength with the surreal promise of underground night culture. Often clad in elaborate tulle and ruffle garments that are customized to her silhouette, San Cha boasts a musical oeuvre that spans the gamut of musical subcultures: electro, cumbia, punk, and ranchera. 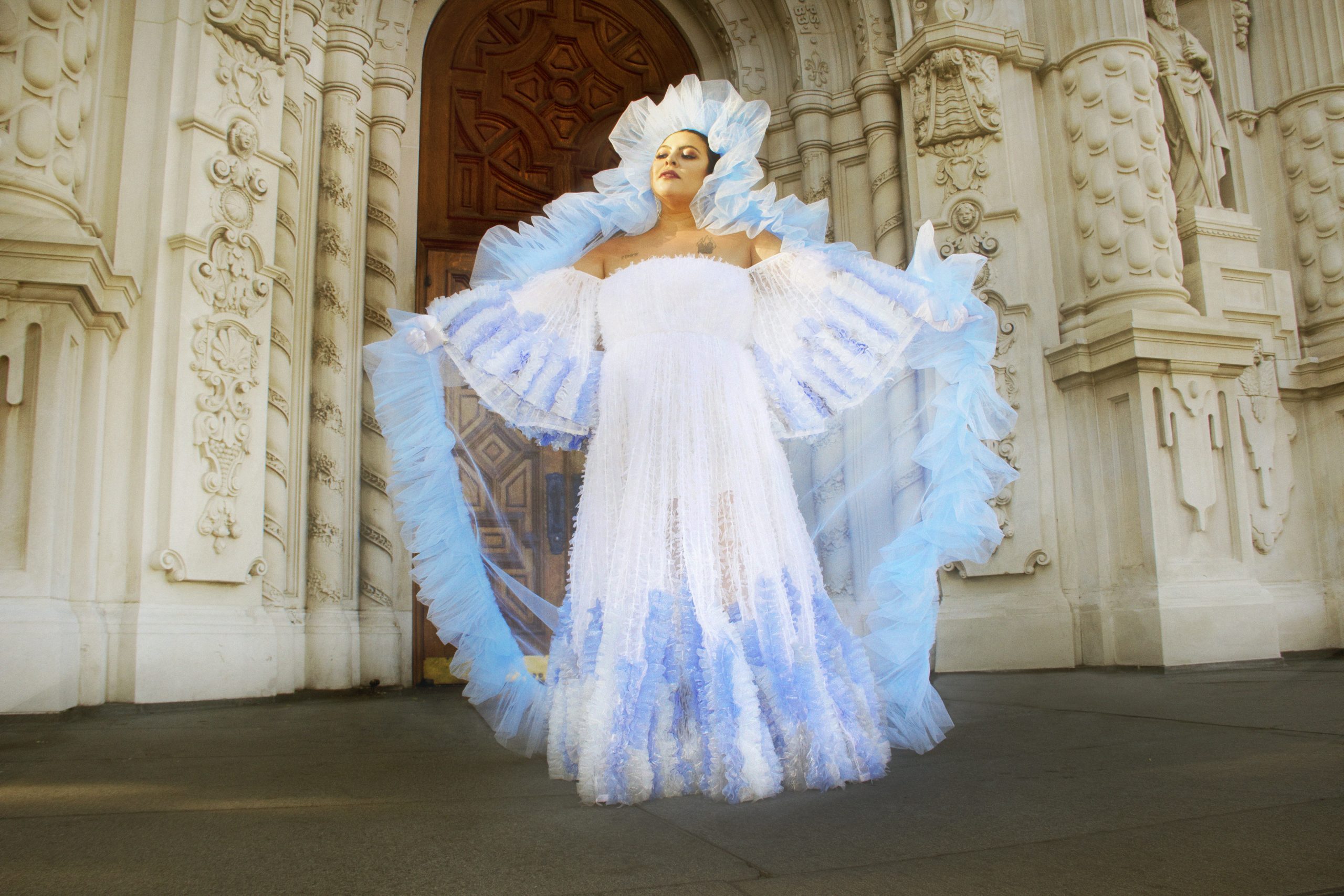 With a stage name that simultaneously references and subverts notions of Catholic purity and side chick misogyny, San Cha is a proudly and defiantly queer artist. While her artistic vision sets her apart from many of her peers, she is also a creature that has been intrinsically shaped by communities that include Jalisciense matriarchs, artists gentrified out of the East Bay, CDMX club kids, and drag mothers who fiercely protect their tribe.