On a serendipitous June afternoon in 2020, amidst a global race reckoning, Nicaraguan-born and Naples-based photographer Lisette Morales and Immokalee activist Lupita Vazquez-Reyes attended a local Black Lives Matter protest in Immokalee, Florida. In a town where locals try not to make waves, the two women knew this would be an important action to join. They didn’t know each other yet, but when Vazquez-Reyes was speaking to the large crowd with magnetic conviction, Morales was inspired. Morales saw part of herself in Vazquez-Reyes, both brown Latinas in their 40s, and she knew she needed to photograph the captivating speaker. Morales approached Vazquez-Reyes, who was initially skeptical, having grown accustomed to decades of “poverty porn” and parachute journalism. After a month of conversations about motherhood and the importance of brown women in leadership, trust grew, and Vazquez-Reyes invited Morales to her workplace: the “Cultivate Abundance” community garden. A friendship was forged.

“In this space, when you’re a brown woman and you start hearing other women that also have this certain language about, what is inclusivity? What is representation? That’s really rare here,” says Vazquez-Reyes. “When you find like-minded Latina women, that may help us see the leadership in ourselves.” 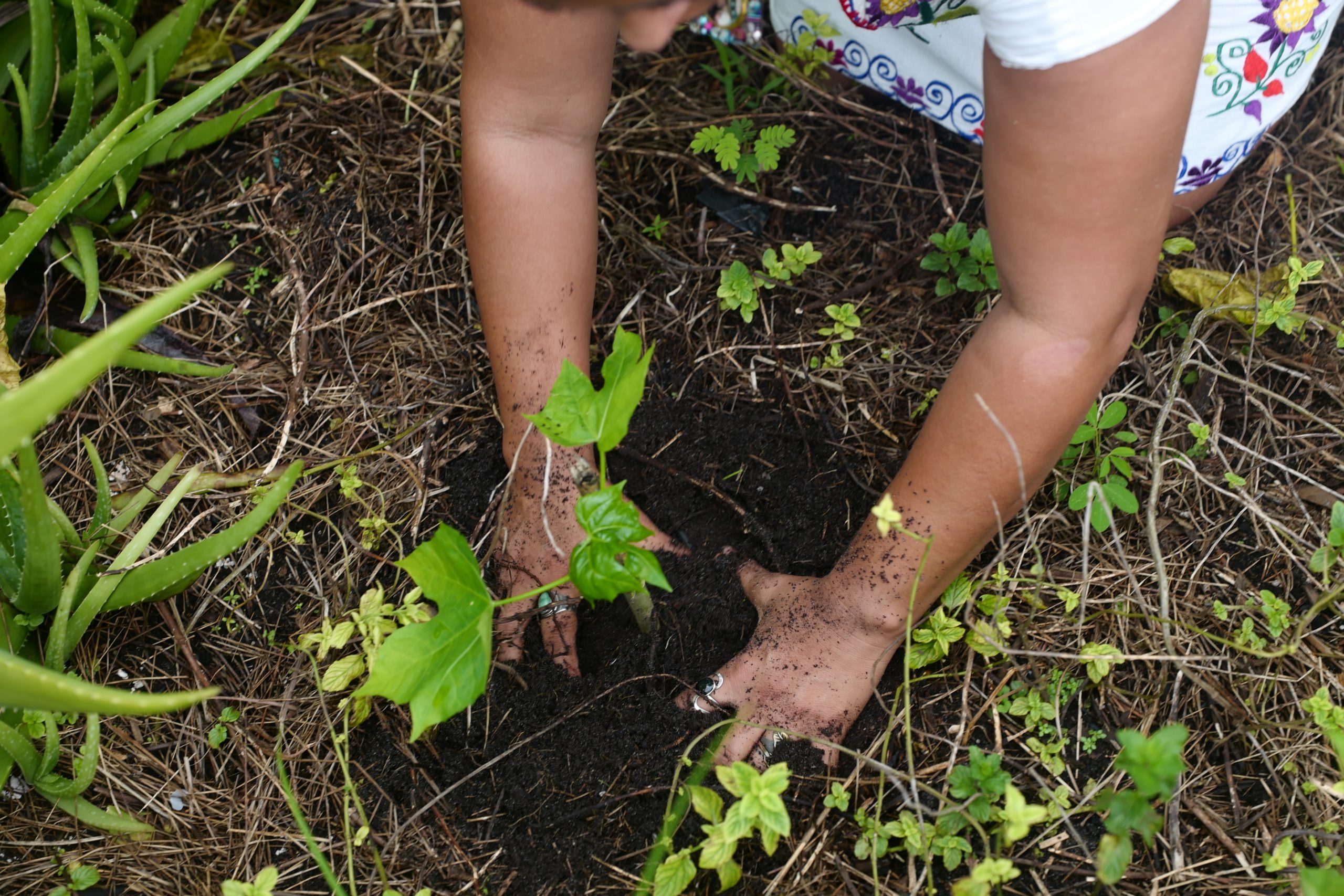 Lupita Vazquez-Reyes planting chaya cuttings on July 16, 2020, in Immokalee, Florida. The garden has been transformative for her and viceversa. Cultivate Abundance focuses on growing foods are part of the diet of their participant gardeners who act as guardians of their food sovereignty. Photography by Lisette Morales.

The two friends spent a year photographing the garden which grows culturally specific produce for the mostly Mexican, Haitian, and Guatemalan community, of which a majority are migrant farmworkers who supply two-thirds of America’s wintertime tomatoes, yet have limited access to fresh food themselves. The photos are now on display at “Down the Garden Path”, a collaborative photography exhibition at the local Immokalee Pioneer Museum at Roberts Ranch, on view until November 27.

Vazquez-Reyes works as a garden and outreach assistant at “Cultivate Abundance”, a faith-based organization addressing food insecurity and other livelihood challenges in low income, migrant farmworker communities. Morales suggested Vazquez-Reyes take her own photos; it was important for her that the exhibit be a collaboration between the two, a reflection of living history. According to Museum Manager Brent Trout, the exhibit is the first by brown women, let alone Latinas, at the Immokalee Pioneer Museum, even though a majority of Immokalee’s population is Latinx. The photos, which were taken over the course of a year, capture the nuanced healing that comes from gardening, nourishing food and community. 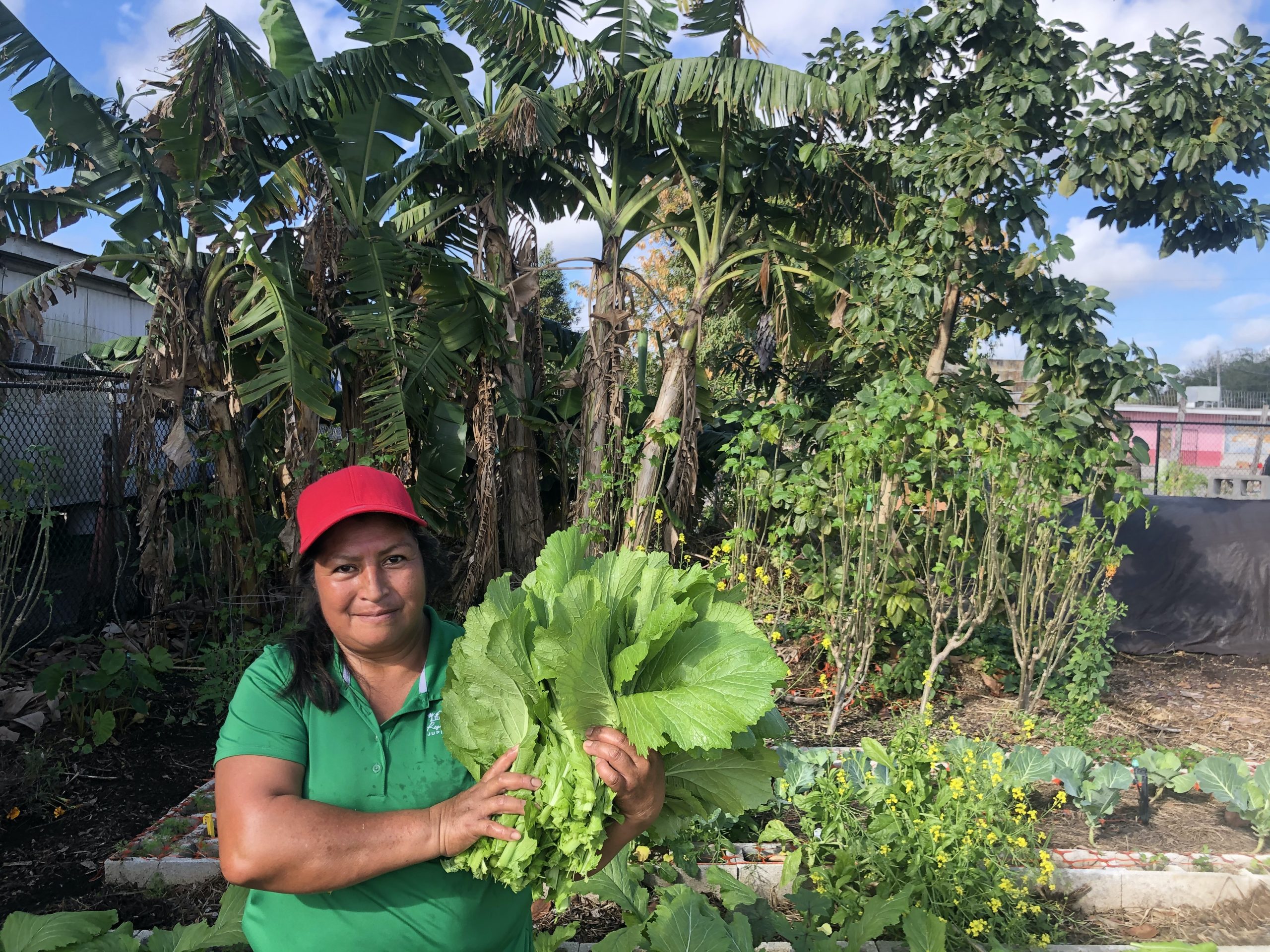 “Our goal was to bring up the stories for the people in our community to see it, to see themselves represented,” says Morales.

Migrant farmworkers travel north from May through November during the growing season and return to Immokalee for the rest of the year. Today, the average Immokalee farmworker makes less than $12,000 a year, and the average rate is 50 cents for every 32-pounds of tomatoes they pick.Immokalee, which means “my home” in the Seminole language, is a victim of one of the greatest ironies in this country. Despite Immokalee’s farm workers supplying two-thirds  of America’s wintertime tomatoes, their community is a food desert.

The USDA classifies a food desert as an area lacking access to affordable produce, grains, milk, and food that make up a healthy diet. In Immokalee, where 37.4% of its population is living in poverty, most locals can only walk since they may be undocumented or unable to afford a car. The only available food within a mile radius of Immokalee comes from Family Dollar, convenience stores and a Mexican grocery store, whose prices are 25% higher than a Winn Dixie’s on the outskirts of town, where locals say the food is never fresh. Cultivate Abundance seeks to nourish the farmworkers who toil endlessly to provide food for others. 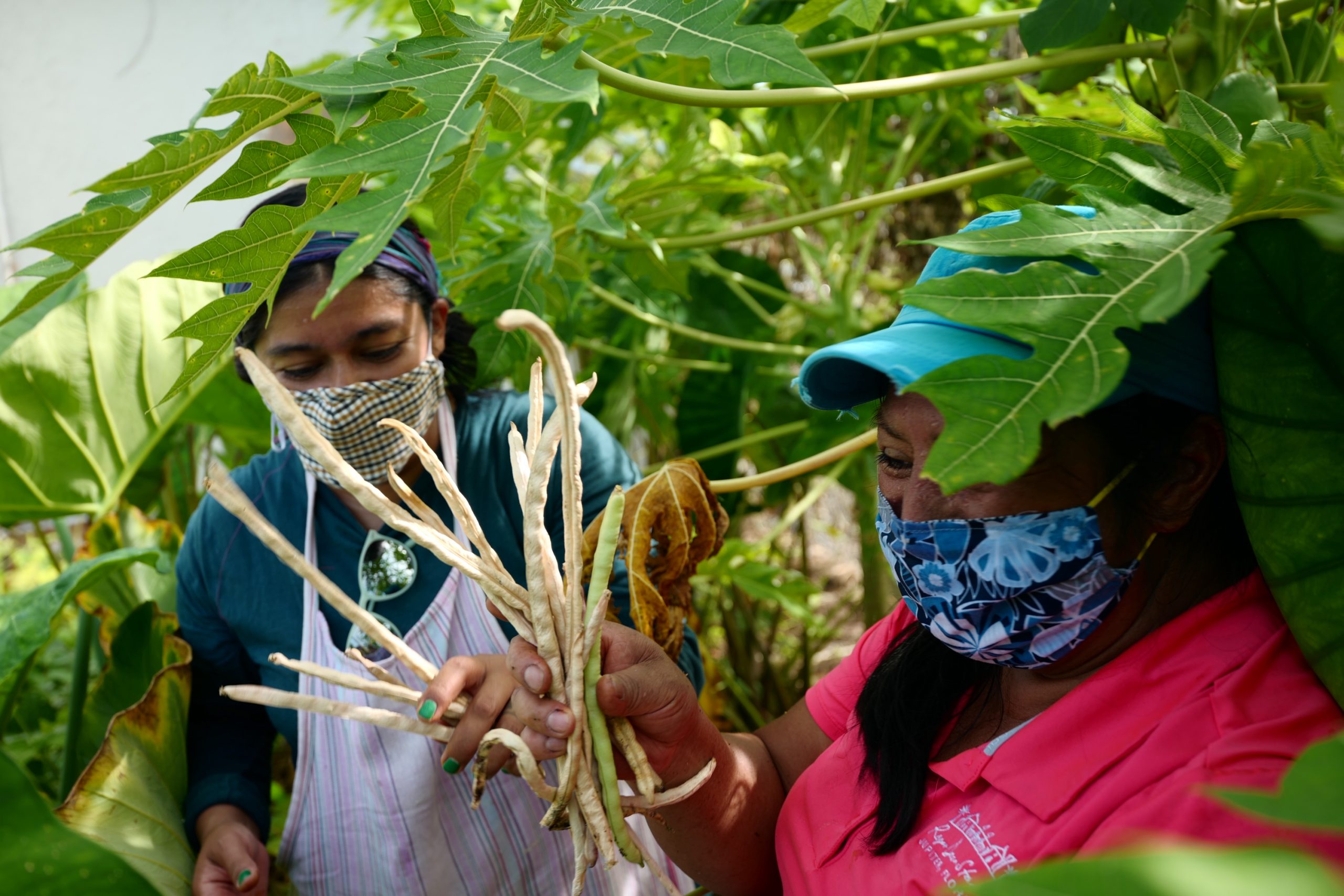 “[The food] they’re getting isn’t quality, and it’s not local,” says Vazquez-Reyes.

Morales’ interest in Immokalee sparked in 2004 when she read “Immokalee’s Fields of Hope” for a local book club, which tells the story of Vazquez-Reyes’ parents’ plight as migrant farmworkers and labor activists in the 1970s. She has spent the following  17 years photographing, volunteering, and learning from their community. When she realized Vazquez-Reyes was the young daughter from the book, everything clicked.

Vazquez-Reyes remembers the moment she felt a consciousness growing within her. On a cold December morning in 1994, Vazquez-Reyes, just 14 years old at the time, woke up before dawn. She kissed her sleeping father goodbye and made her way to a protest just two blocks from her home in Immokalee. Usually it was her father who would wake up at the crack of dawn, get dressed in the dark, and slip into her bedroom for a goodbye kiss. He had worked as a farmworker since he arrived from Mexico in the early 1970s. Everyday he boarded a bus to pick tomatoes for meager pay, but on this day, the routine was flipped. Her father was suffering from cancer after years of pesticide exposure in the field, and he had just undergone his first round of chemotherapy—the torch of community involvement had decidedly been passed to his daughter. Vazquez-Reyes walked in the brisk, cold air, tears streaming down her face, as she realized how the tables had turned. Her father died from cancer two years later in 1996, but she has remained committed to resisting corrupt institutions.

“That’s when I started seeing myself as a member of the community with an opportunity to do something,” says Vazquez-Reyes. 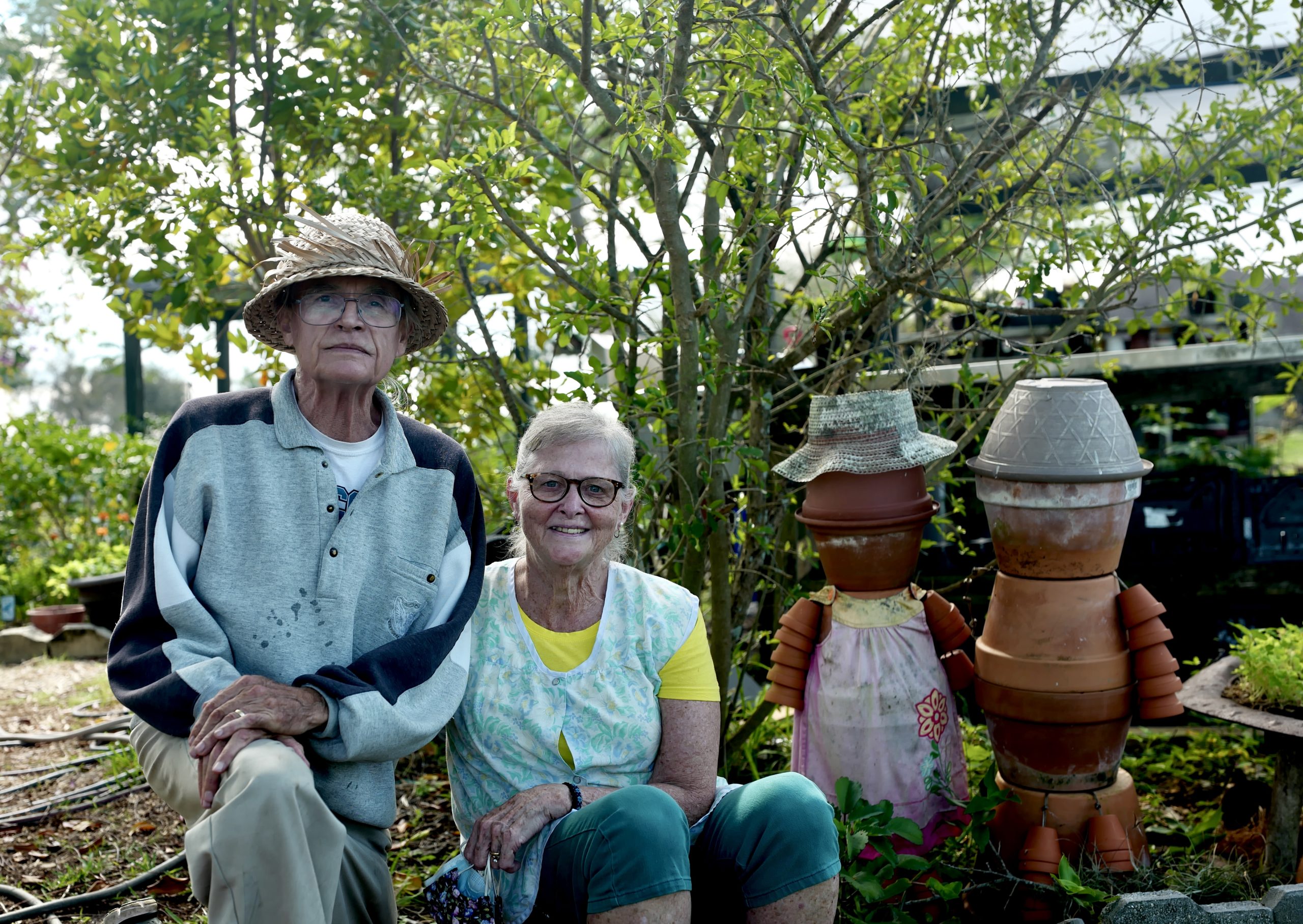 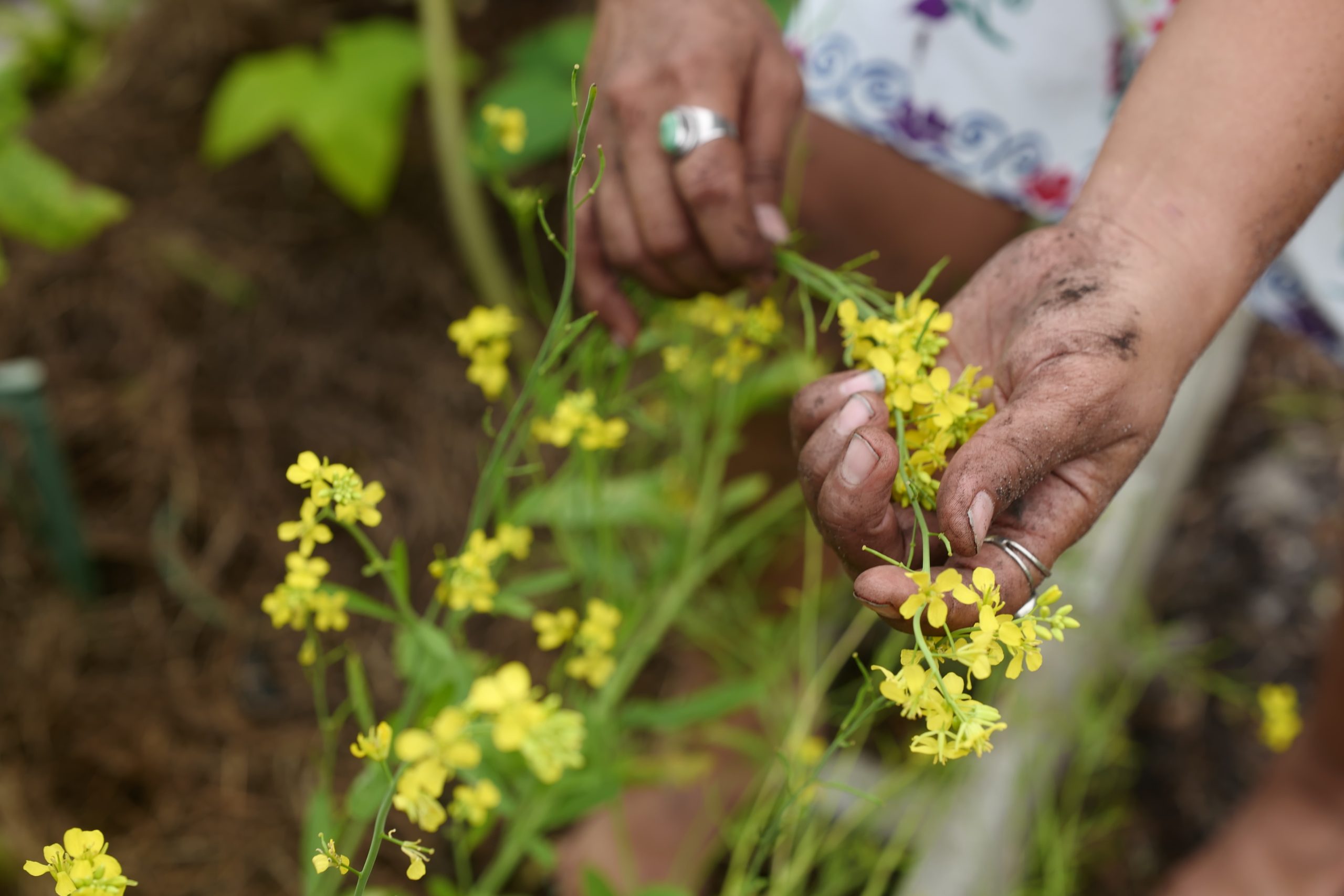 Cultivate Abundance, located across the street from the farmworker’s bus stop, is housed in an unassuming single-story white building. But if you follow the call of crowing roosters, past the chain-link fence on the side, a flush of verdant foliage awaits. Upon arriving, Cultivate Abundance appears like a secret garden. An array of culturally significant leafy greens frame the oasis, fresh okra ascends towards the blistering sun, and bursts of marigolds flourish out of five gallon buckets.  The refuge begs for a deep, grounding breath.

Inside the building is the food pantry, where produce grown in the garden, grains, and other nonperishables from neighboring food banks are distributed to upwards of 500 locals at no cost every week. Yuca, Haitian basket vine, okra, and chayamansa are just some of the familiar crops that locals are relieved to see when they pick up their food box. At Cultivate Abundance, they are giving locals the foods they already know. 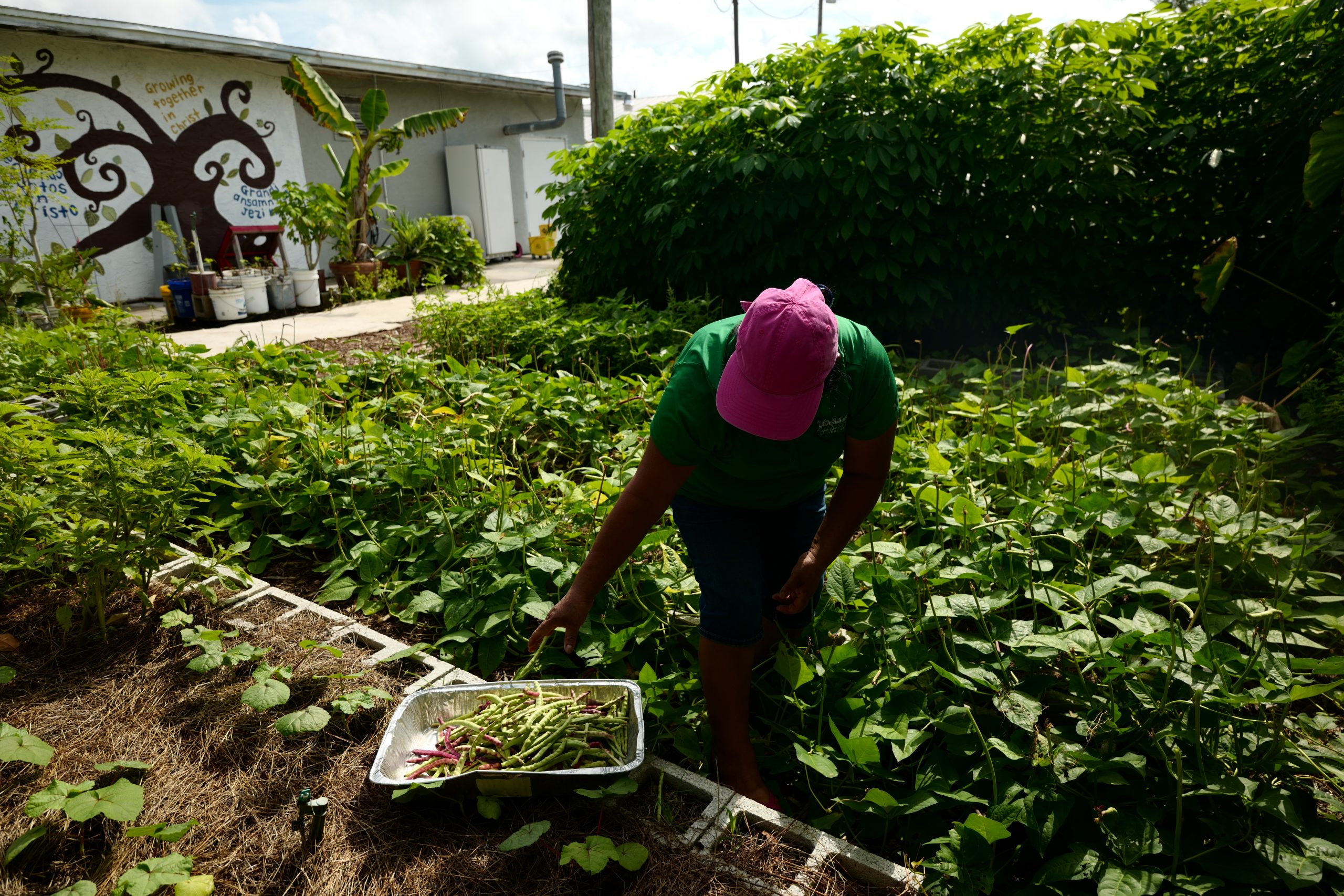 “We are hearing it being used in the home and in their cooking and it’s not being thrown away,” says Vazquez-Reyes. “I love handing out yuca, a lot of our Haitian families and our Guatemalan families go ‘woo!’ I love that exchange.”

The cultural and ancestral knowledge being exchanged is instrumental to the garden’s success and sustainability, Vazquez-Reyes says. The plants are more like medicine, gateways to rich histories of decolonization or herbal remedies.

“Lupita told me growing your own food is a form of resistance to colonization,” says Morales. ​​”The garden is powerful. As immigrants, we bring only the recipes in our minds and the foods in our memories. And here we have to search for the ingredients to recreate that food history, that memory.” 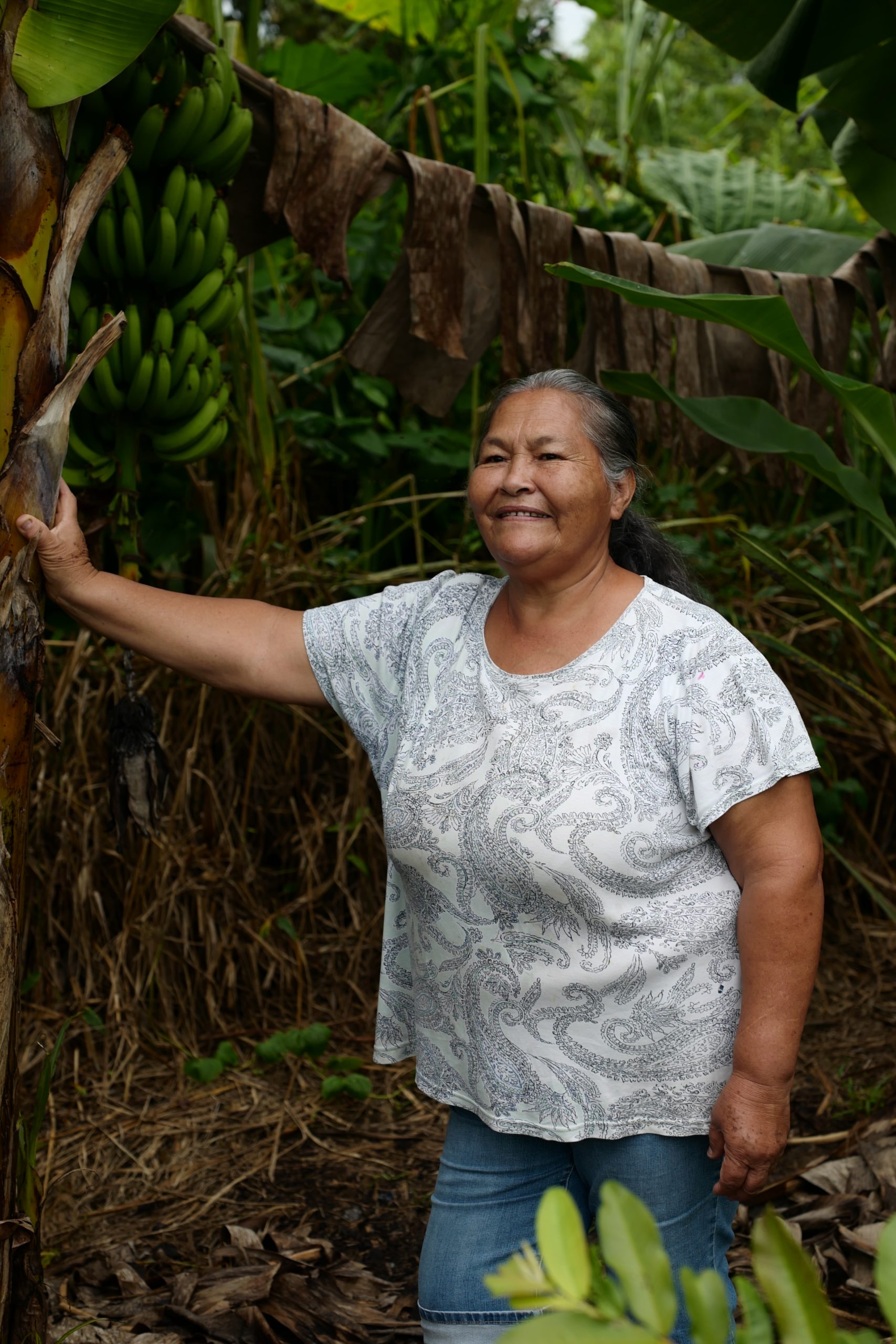 The intimate museum walls are lined with twenty of Morales’ and Vazquez-Reyes’ photographs. Some are Morales’ birds-eye view of the garden and food bank, others are more intimate close-ups taken by Vazquez-Reyes. In the exhibit’s first photo, Vazquez-Reyes is surrounded by chayamansa, a Mayan tree spinach, like a wise ancestor gently supporting her. The staggering shrub envelops her as she embraces it, welcoming its spirit medicine.

When locals visit the museum, they take pride in seeing the familiar faces from their community hung on the walls. It’s a reflection of their living history, memorializing their work and cementing them in Immokalee history. 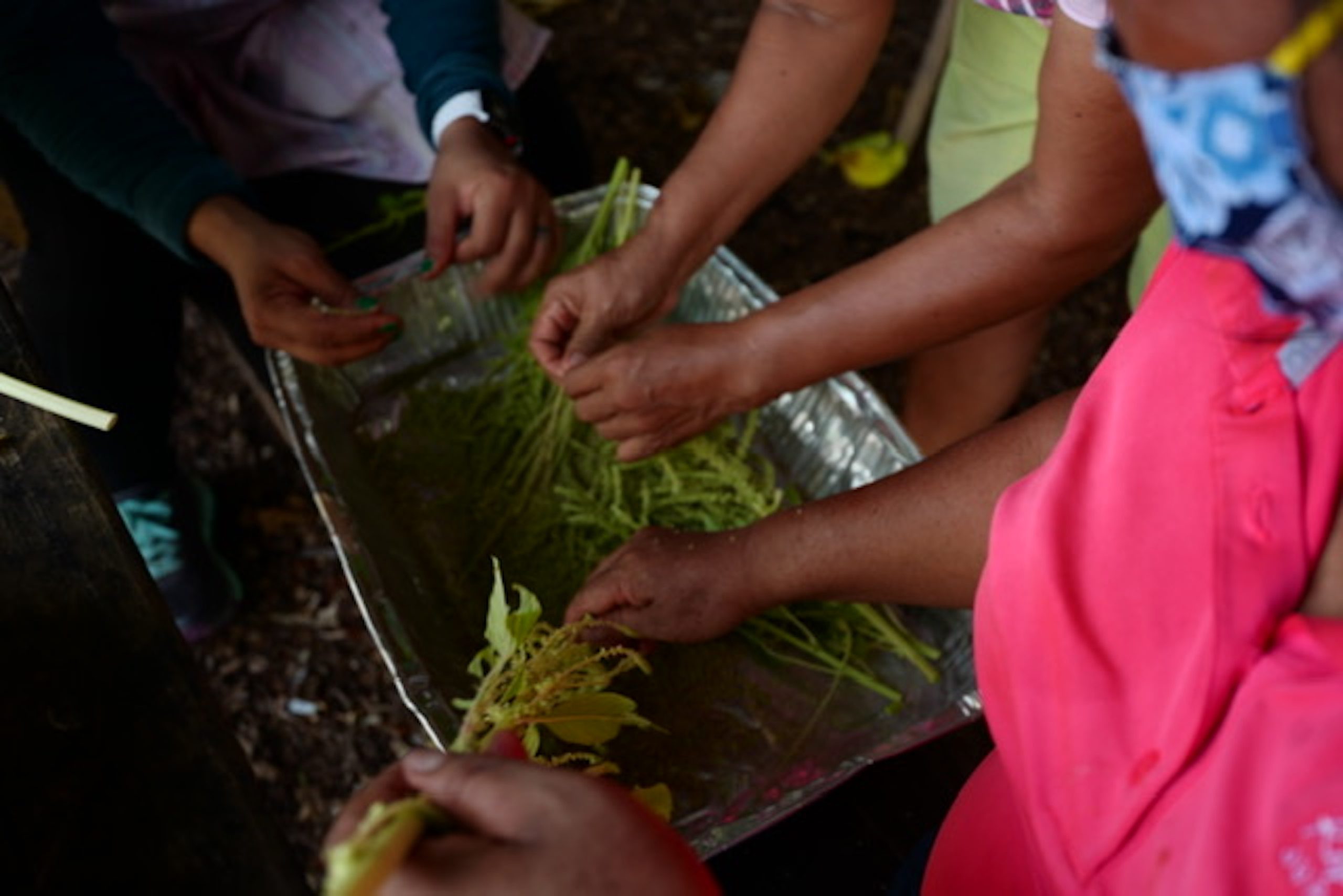