Over the last few years, Tiny Desk, a musical series where emerging and established artists perform a medley of songs behind NPR Music’s All Songs Considered Bob Boilen’s desk, has soared in popularity. Conceived in 2008, the series expanded during COVID-19 into “Home” concerts, where artists play intimate sets from places they call home. In celebration of Hispanic Heritage Month this year, observed from September 15 through October 15, El Tiny, production spearheaded by “Alt.Latino” host Felix Contreras, spotlit Latin artists for Tiny Desk. With a growing appreciation of Latin music in the mainstream and an appetite to showcase the expansiveness of Latin culture, it only made sense for NPR to provide a platform for these diverse artists, allowing them to reach an extraordinary audience. 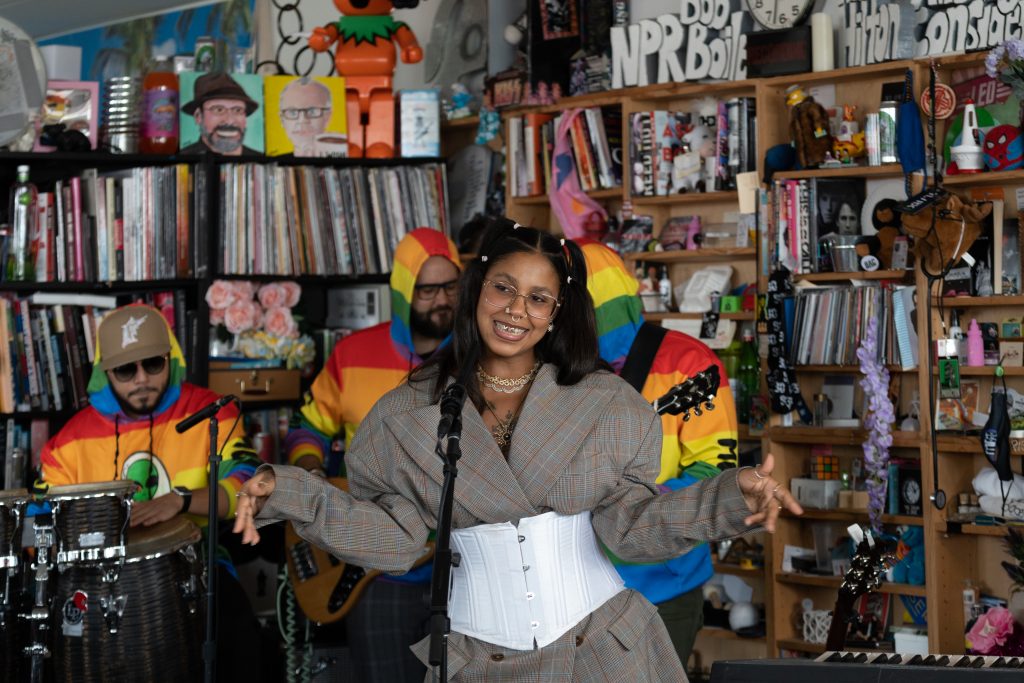 What began as an idea over two years ago between Contreras and his co-host of the widely popular podcast “Alt.Latino,” Anamaria Sayre, eventually developed into Latin-specific programming for the Tiny Desk series, coined El Tiny. “The idea was to present as varied perspectives of Latin music and Latin culture as possible,” Contreras recounts to Latina. Since its inception, NPR provided “El Tiny” the opportunity of producing 10 shows this Hispanic Heritage Month, their largest takeover to date. Including emerging artists like rapper Tokischa, genre-bending singer Girl Ultra, and worldwide phenomenons like J Balvin, El Tiny demonstrates a deep love for Latin music from all corners of the world and a dedication to celebrating artists regardless of status. “Each artist deserves as much recognition as everyone else, right? That’s our philosophy. It’s an even playing field. Some may have more streams and hits than others, but in terms of artistry, culture, and expression, it’s an even playing field; one is not greater than the other,” Contreras explains.

Marking a successful Hispanic Heritage Month that brought talents and their stories to millions of viewers, this year is a testament to hard work paying off, a celebration of Contreras’s lifetime work. Entering the music industry nearly 45 years ago as an NBC affiliate intern in Fresno, Contreras has proven his impact on the music scene that continues to build him up– working alongside talents throughout various chapters in their arc. Beginning as an intern, then an editor for over 20 years in Fresno, Contreras began producing and reporting on NPR’s Art Desk in 2001, folding into an active 11-year-long hosting of Alt.Latino, a podcast centering on Latin artists and their stories. Through Alt.Latino, Contreras has aimed to uplift Latin artists and immerse himself in his culture. “The whole point [of my work] is to tell our stories because they weren’t being told […] It’s also about allowing these artists to tell their stories. So we get the whole kaleidoscope of experiences,” he explains. Each episode of Alt.Latino includes a thirty-minute conversation with a single artist, and conversations range from Carlos Santana discussing spirituality to Carla Morrison opening up about taking time off for her mental health. 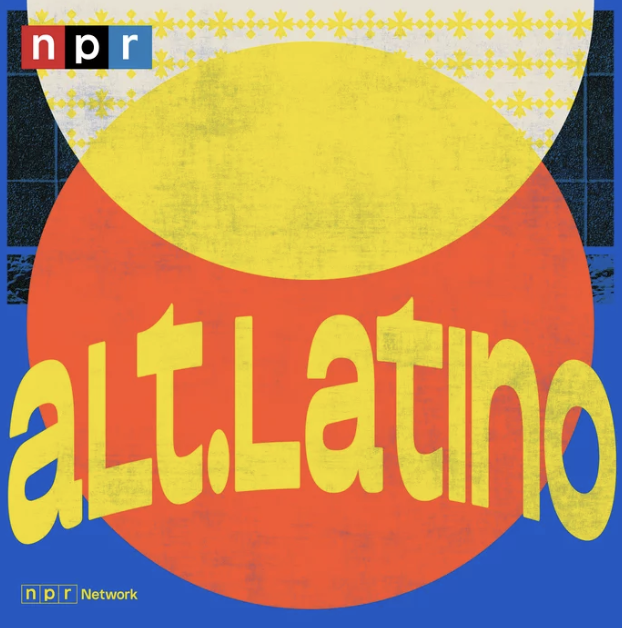 As this Hispanic Heritage Month winds down, the spotlight on Latin music, and the culture that stimulates it, never dims. “I’m very proud of the work we’ve done and continue to do. It’s important that our words are heard, that people are expressing themselves within our communities, and [that they] have these platforms to do so,” Contreras tells Latina.

As the mainstream catches up to the brilliance of Latin culture, from the music to the artists who bare their vulnerabilities, Felix Contreras continues to champion these voices.