Known for her sultry, slow-burning R&B en español, Girl Ultra has risen to the forefront of the Latinx musical scene. Mariana de Miguel, the Mexico-City- based artist behind Girl Ultra infused her latest project, a multi-textured EP titled “El Sur” with the sounds that have come to emblematize her style. The 26-year-old amps up her R&B sound and BPMs, while charging her music with UK garage, house, and indie rock influences.

De Miguel proudly admits that she lives in the past. She draws from a range of melancholic ballads her mother used to listen to on the radio for inspiration. The sounds she crafts are as uniquely hers as they are an homage to the passionate songwriters and producers that came before her. In “El Sur,” de Miguel pays tribute to her youth in the southside of Mexico City, a scene that nurtured her musical beginnings as a DJ, producer, and songwriter. She revisits her club-era escapades along with the friendships and romantic entanglements that faded into the nights.

Speaking over Zoom, de Miguel reminisced on her early experiences en el sur. Growing up in the southern part of Mexico City, what she described as being “suburby,” life moved at a much slower pace than the rest of the metropolitan region. “There were not a lot of clubs there,” she said, “but there’s always been a huge house party scene and it was refreshing to see that,” she explained. Throughout the process of making the album, de Miguel took time to reflect on the emotions she underwent during that era. “A lot of sexual awakenings, relationships, and many first times. I connect [these vital moments] to the southside and the [EP] is a very personal description of what this place is to me,” she said. Girl Ultra takes the listener back to the city that raised her.

Before she became the edgy, Mexican R&B songstress, de Miguel was a local band member and a nightlife house DJ. She sang in English with the soft-disco group AFFER, alongside producer Andrés Jaime (known as Wet Baes) and brothers Miguel and Hugo Galicia. Seeking to to define her persona as a solo artist, de Miguel soon left her role as AFFER’s vocalist.

“I brainstormed, I wanted something that sounded like a superheroine. So, Girl Ultra was what I picked. It resonated, it was something more powerful than Mariana,” she shared. It was during her exploration of various genres as a music curator that her interest in R&B was ignited.

While listening to a range of edits from artists like Kaytranada and other UK garage tracks that sampled R&B vocals, she began to take interest in incorporating R&B into her DJ sets. De Miguel started experimenting by blending 95 BPM J Dilla songs, working her way up to deconstructing the genre, and creating her sound. While she never received a formal musical education, she credits her “genius” friends for providing the support and training she needed to build her songs.

As she started to delve deeper into R&B, de Miguel soon discovered a gap she could fill in the genre. After extensive research into R&B in Mexico and R&B in Spanish, de Miguel found that “although R&B infiltrated pop music in the ‘90s and the 2000s, there wasn’t a particular R&B scene from that era, or not even like from five years ago in Latin America.” De Miguel realized that she wanted to do something that hadn’t really been done before. “Making that quantum leap to Spanish and exploring my own language was a huge task,” said de Miguel, rising to the challenge. 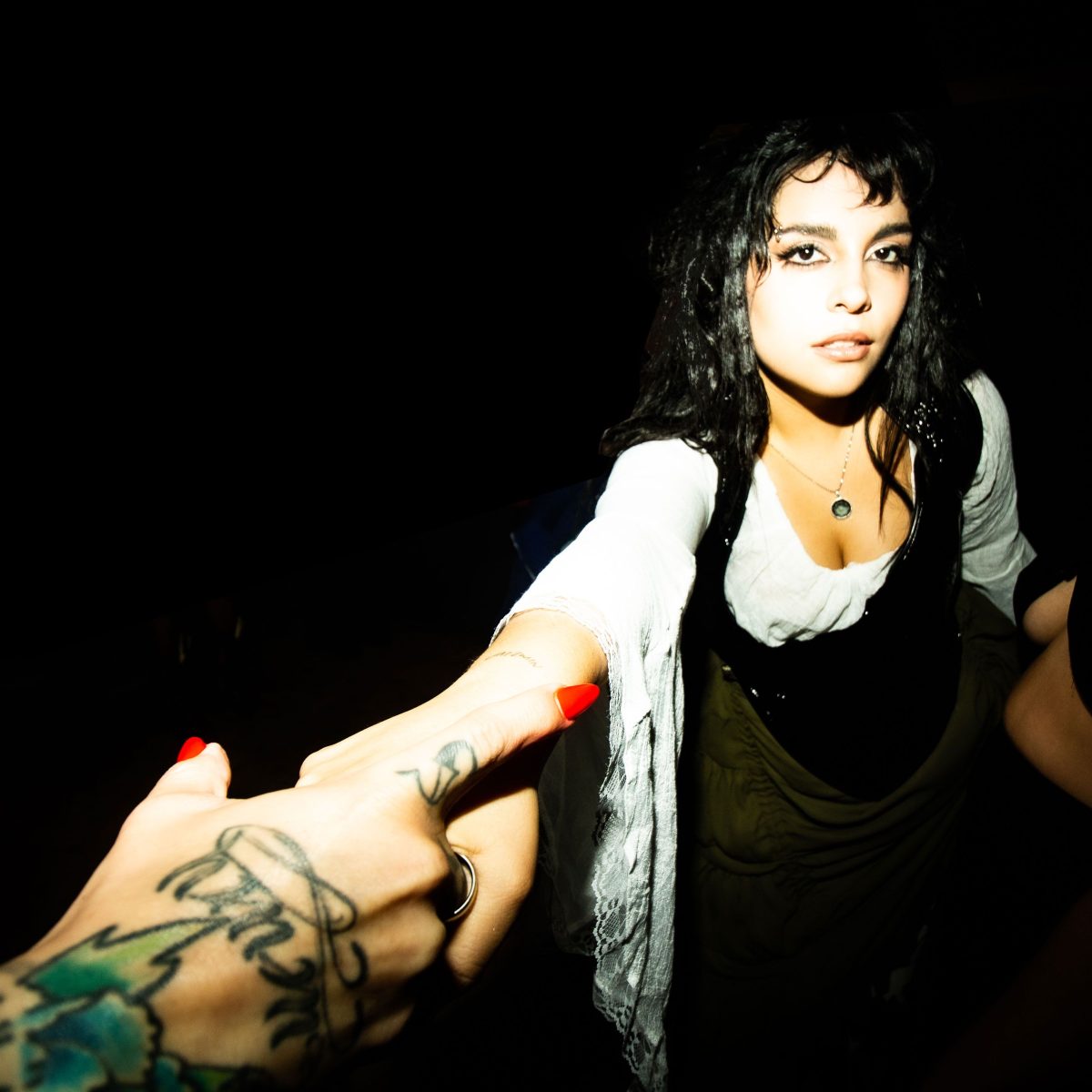 In 2016, de Miguel signed to the Mexican label Finesse Records. The label’s musical output spans Mexican club sounds to future electronica, trap mixes, and other new R&B artists like Jesse Baez. The following year, she released her debut EP, ‘Boys,’ which featured a cover of Daniel Caesar’s “Get You.” Since then, Girl Ultra has released two more EPs, “Adios” in 2018, “Nuevos Aires” her debut LP album in 2019, and most recently “El Sur” in 2022. She has also gone on to collaborate with the likes of Cuco and Niia, pioneering an R&B movement.

Girl Ultra refuses to limit herself to one genre, despite rising as an R&B songwriter and producer who created a space for Spanish speakers in the R&B scene. When the pandemic hit, de Miguel — like many other artists — was able to stop running around, sit with her thoughts and expand the scope of her music.

Since the start of the pandemic, she’s been “trying to relearn everything that [she] thought [she] knew about composing and making a song,” said de Miguel. The singer-songwriter has learned that the process for making music changes with every project. For ‘El Sur,’ she gave herself permission to be raw, “I used to be afraid of being that exposed and that vulnerable, but now I feel like I have to allow myself to be that,” she added.

Her newest EP was born during the pandemic. The project was able to come to life thanks to the hours of contemplation that shutdown provided de Miguel. Without the additional time that allowed her to focus on making music, the project would have taken much longer or not have happened at all.

“El Sur” reveals new layers and textures: techno and punk-inspired beats, and an amped-up tempo that presents a new phase in her artistic development. The song “Jungla de Locos” fuses trip-hop with drum and bass while “Nada Que Hacer” references alternative rock from the early 2000s. Kiddzie, of the Noah Pino Palo project, ABC Dialect, and Girl Ultra herself all worked behind the boards of this EP. Kiddzie moved in with de Miguel for a year and a half to work with her on “El Sur.” Before hashing out details such as the snares needed for each song, Kiddzie and de Miguel shared a cup of coffee and breakfast as a part of their production routine.

De Miguel drew from her past for much of the EP. Revisiting the emotions from a different time allowed her to uncover a part of herself that was always there and another part that is still growing. One of her favorite tracks is ‘Para Que Te Acuerdes de Mi’ because “it’s a song that I wrote for myself: an unapologetic letter to people from myself,” she explained.

De Miguel feels ready for her 23-date North America Tour that launched this month. She is prepared– in her purest, rawest form– to see others sing-along to her songs. Reflecting on her own growth, de Miguel said that she is more fearless. “I’m finding my womanhood within my music more than ever. What I need and what I crave, it automatically translates into my music,” she said.