This profile is based on an interview between Gloria Calderón Kellett and Alissa Lopez Serfozo.

For someone who just signed an eight-figure deal with Amazon Studios, Gloria Calderón Kellett seems mostly unfazed. More concerned with impressing her parents than anybody in a boardroom, the compulsively busy multi-hyphenate, whose latest original series “With Love” premieres on Amazon Prime this December, is still just focused on the work. “On one hand, it’s lovely. On the other hand, it’s embarrassing that it’s taken them this long,” she says, reflecting on what it means to be part of this historical moment. Jokingly, she adds, “Now that I know what the other deals are, mama’s dreaming bigger! I asked for too little!”

This seems to be how Calderón Kellett copes with much of what comes her way. Through the successes, failures and everything in between, comedy has been a place to make sense of it all. “I feel really fortunate that my brain defaults to comedy in dark moments,” she says with a laugh. “I think a great way to handle pain and sadness is being able to see the lighter side of something. It’s been a useful personal tool for my mental health, and it turned into a career.” Calderón Kellett traces her roots back to improv comedy and playwriting, where she honed her skills as a storyteller and joke writer before going on to pen episodes for “How I Met Your Mother,” “iZombie,” and “Devious Maids.”

“I feel like I kind of went to a second grad school by getting the opportunity to work in many different genres. When you’re coming up as a writer, you don’t know what kind of writing you can do well until you try it, and I was very diligent about trying different types of writing.” And that determination led to some interesting discoveries about what Calderón Kellett wanted (and didn’t want) to do. “I loved writing genre for ‘iZombie’ and that surprised me. That was a show where I was like, ‘I’m just gonna go to this meeting.’ I didn’t expect to get a job offer on that show because I had never written anything like that. And I was so excited to write about the genre that I just didn’t care about the procedural element of it. Ultimately I said, ‘No, the procedural ain’t my jam,’ but I would do genre again.” 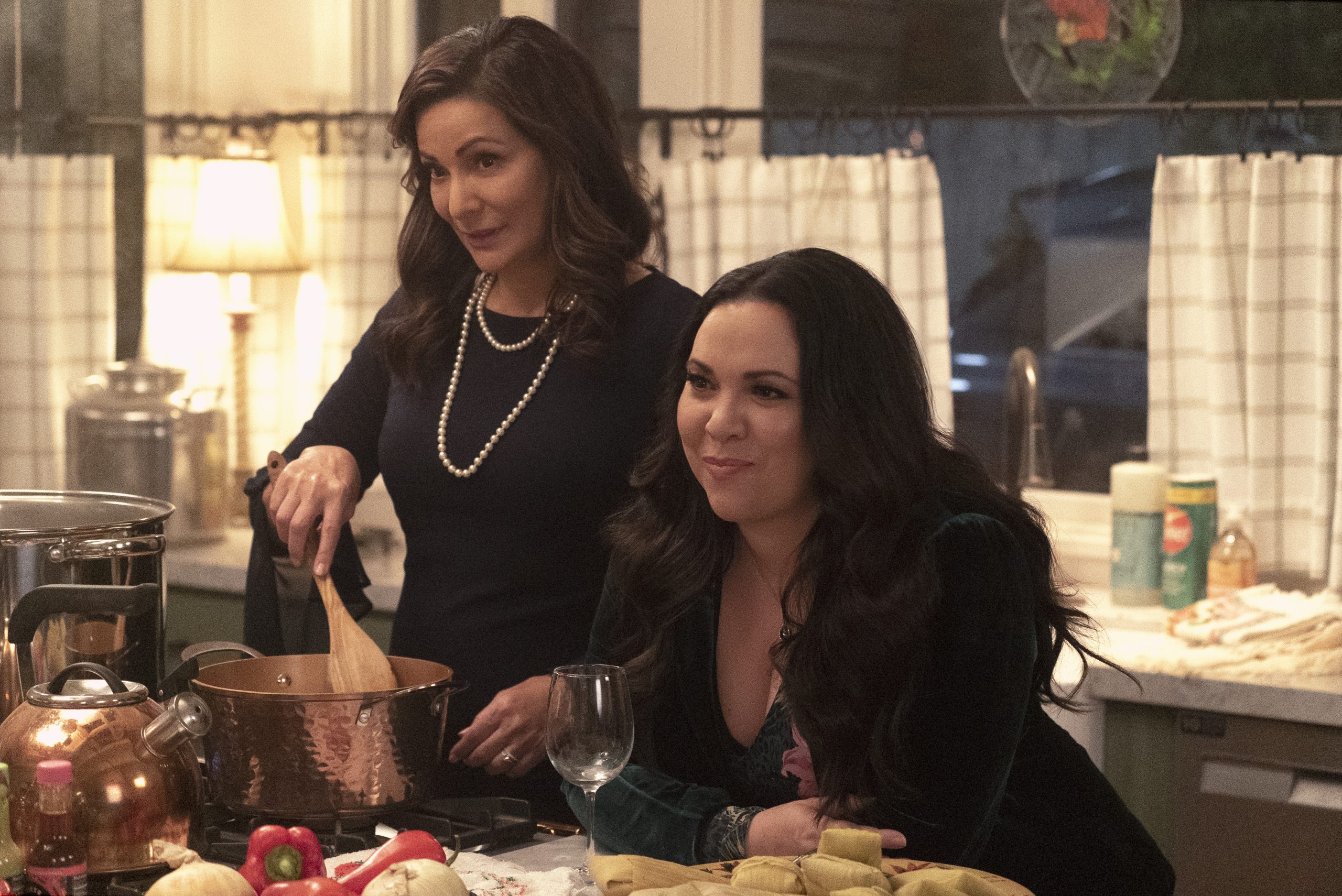 “After I left ‘iZombie’ I had a moment to just sort of breathe and think, ‘What do I want to say in this moment?’” After years of working with her peers and mentors to help tell their stories, it was time for the world to know Gloria Calderón Kellett. “Many people had tried to get me to write my family. And I would always say I wasn’t ready yet because I love them. They’re my everything, and I didn’t want to rush to tell that story.” That was, of course, until she connected with legendary showrunner Norman Lear to remake one of his classic shows, based on Calderón Kellett’s own family. “It took me 12 years before I felt comfortable enough, and it was in the hands of Norman Lear that I was comfortable enough to tell the story of ‘One Day at a Time’.”

“I had such an incredibly positive, warm, yummy experience making that show for five years and when I left I was like, ‘Okay, I want to do another family story, but I want to do it in a different way.’ I wanted to do it in a different genre and I wanted it to feel like a Nancy Meyers rom-com, which we never get to see ourselves at the center of. That’s really what built ‘With Love.’” Calderón Kellett’s new show, the first of many under her overall deal with Amazon Studios, is a multi-generational tale focusing on Lily and Jorge Diaz, two siblings who are desperately trying to make their way through the trials and tribulations of life, love and family. Premiering just in time for Christmas, each episode centers around a specific holiday and, once again, incorporates many of Calderón Kellett’s own experiences.

“I felt ready. I had just lost my abuela, who I was very, very close to. And I had suddenly become this middle person. There’s these three generations that we grew up with and I was the kid for a long time. Now I’ve transitioned into my parents, and I’m in the middle. It’s a sandwich and I’m the meat in between my children and my parents, and I’m trying to navigate that.” More than anything, though, Calderón Kellett wanted to show her appreciation for her family while she still had the chance. “While my parents are here, I really wanted them to be able to experience seeing all these versions of the love that I was lucky enough to grow up with.” Family is a key element in all of Calderón Kellett’s work, and “With Love” is no exception. 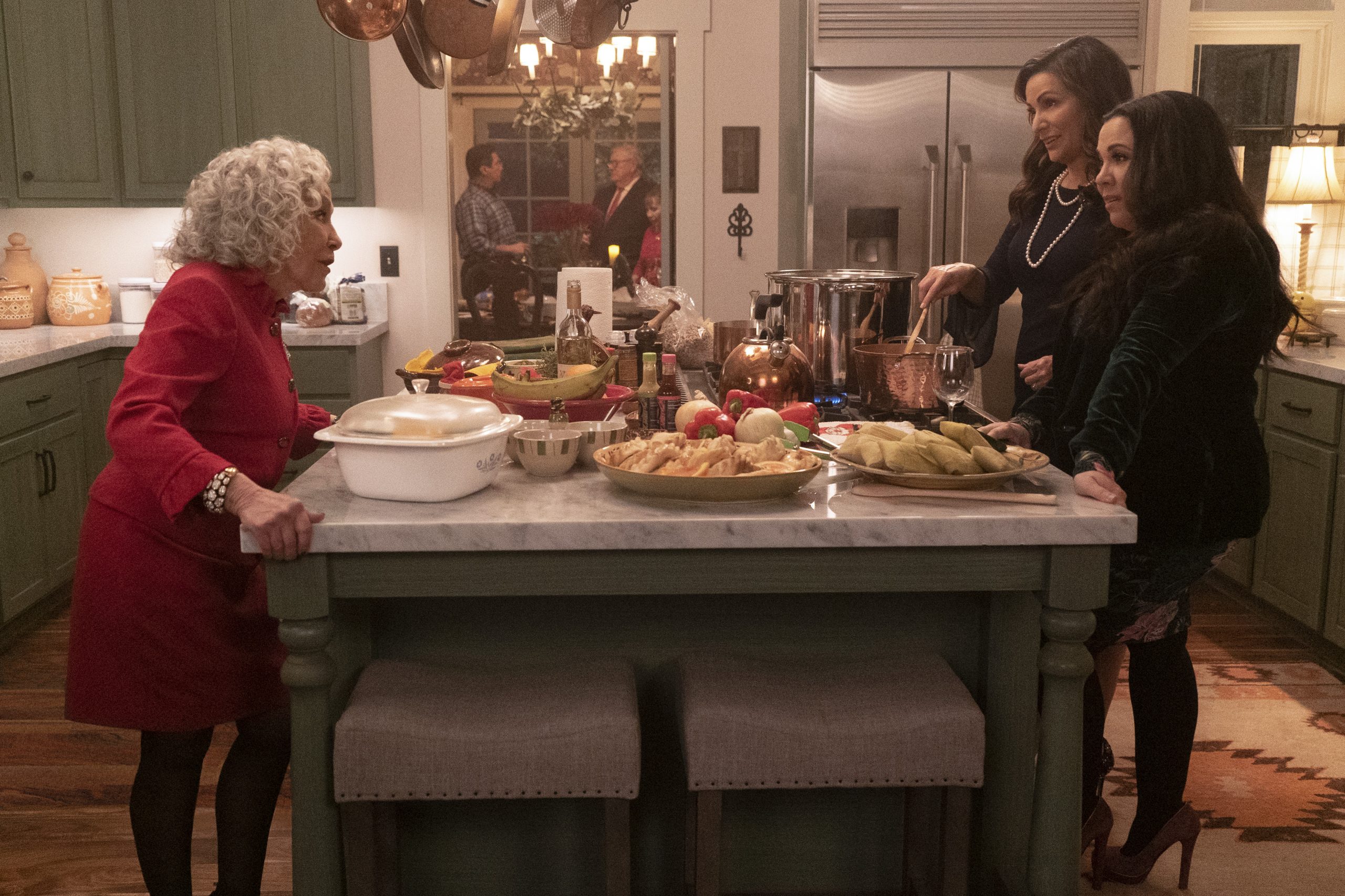 That meant working with a diverse crew of writers and actors to tell a story that’s intimate in scope but sprawling in both characterization and representation. “I’m really fortunate that I am very specific about the writers I hire so they’re bringing a point of view I don’t have. I’m a cis, straight, fair-skinned Latina. So if there are queer characters, there are queer writers in the room to bring nuance to those characters. In terms of the Afro Latina experience, we needed to have Afro Latinidad represented not just on screen but in the room so that we could speak to both and do it in a responsible way.”

The authenticity that Calderón Kellett strives for in her work is undeniably a part of what’s made her such a resonant voice for this generation of Latinas. “My parents live across the street. We’re real Latinos, okay? So it’s like, if I have to go do something I tell the kids to go across the street. I have support and I have help. And that’s the thing about Latinos, we help each other out. I’m so lucky that I have my parents and I have a really supportive spouse who works from home. We’re able to balance it, this big life. It all works in tandem.” As she talks more about the influence her family has had on her life and career, it’s clear that Calderón Kellett carries the weight of multiple generations, working everyday to do justice to their legacies.

“Whenever I’m feeling sorry for myself or I’m feeling sad, I always focus on my grandparents. They were in Cuba and sent their children to another country because they wanted their grandchildren to be free. I have a nine and a 13 year old. I cannot imagine putting them on a plane and hoping that people on the other side are going to be kind. They did that with a hope and a prayer. My parents came here not speaking English and worked their buns off to build a life. I can’t for one second be all ‘woe is me’ – I’ve got people who I owe it to, to crush.”

As for what she watches in her fleeting moments of free time? “I’m obsessed with ‘Succession,’ it’s so good. I don’t even mind that it’s all white people!”