The final episodes of “Ozark” are upon us! On Friday, the final seven episodes of Netflix’s hit series landed on the platform, wrapping up a story marked by twists, turns, double-crosses, and deceit — a story that’s also happened to be one of the most enjoyable shows about “family business” since “Breaking Bad” first aired in 2008. The Byrdes may have never been the most perfect family on television, but they are arguably the most entertaining.

As “Ozark” arrives at its final moments, we wanted to share our favorite moments and why we’re binge-watching this final stretch of episodes. We’re going to miss “Ozark” when it’s gone, and we have a few theories on how things are going to wrap up. Be forewarned, there are MAJOR SPOILERS for season 4A here. If you haven’t watched it, just know this is the point of no return… 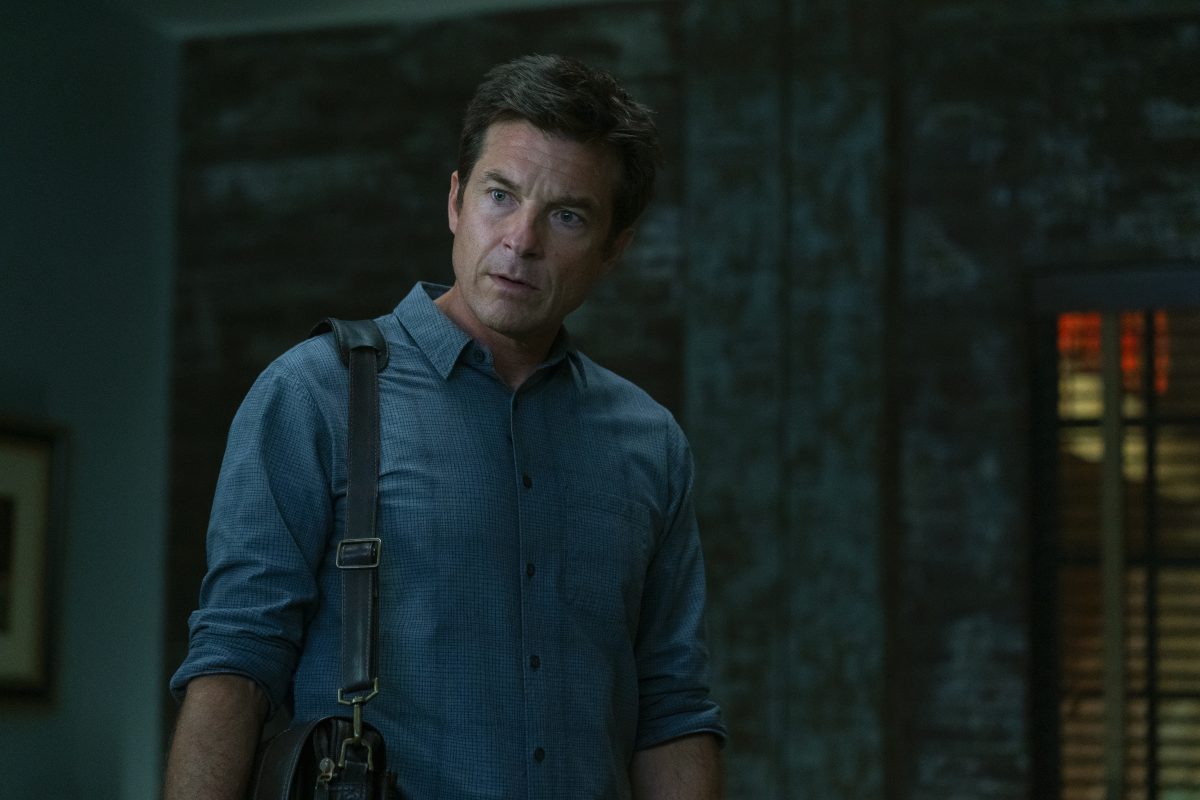 The end of season 4A saw the foul-mouthed fan-favorite driving in a rage and vowing to kill whoever murdered her cousin Wyatt in cold blood. Of course, we know that it was Javi who invaded the Snell compound to murder Darlene and her young lover, but Ruth doesn’t. Her and Javi will probably come face-to-face at some point in season 4B, but we wouldn’t put it past “Ozark” to deny viewers (and Ruth) the chance to see such a legendary face-off.

As much as “Ozark” is a show about money laundering and drug cartels, it’s also a show about grief, family, and the ways we define and justify our moral compasses. The ensuing feud between Ruth and Javi may actually be better utilized as a way for “Ozark” to explore those themes one last time with a character who’s gotten a lot of love from fans but has always deserved more from the characters around her.

If Ruth’s blood feud with Javi ends with her finding something that resembles inner peace, we’re here for it. 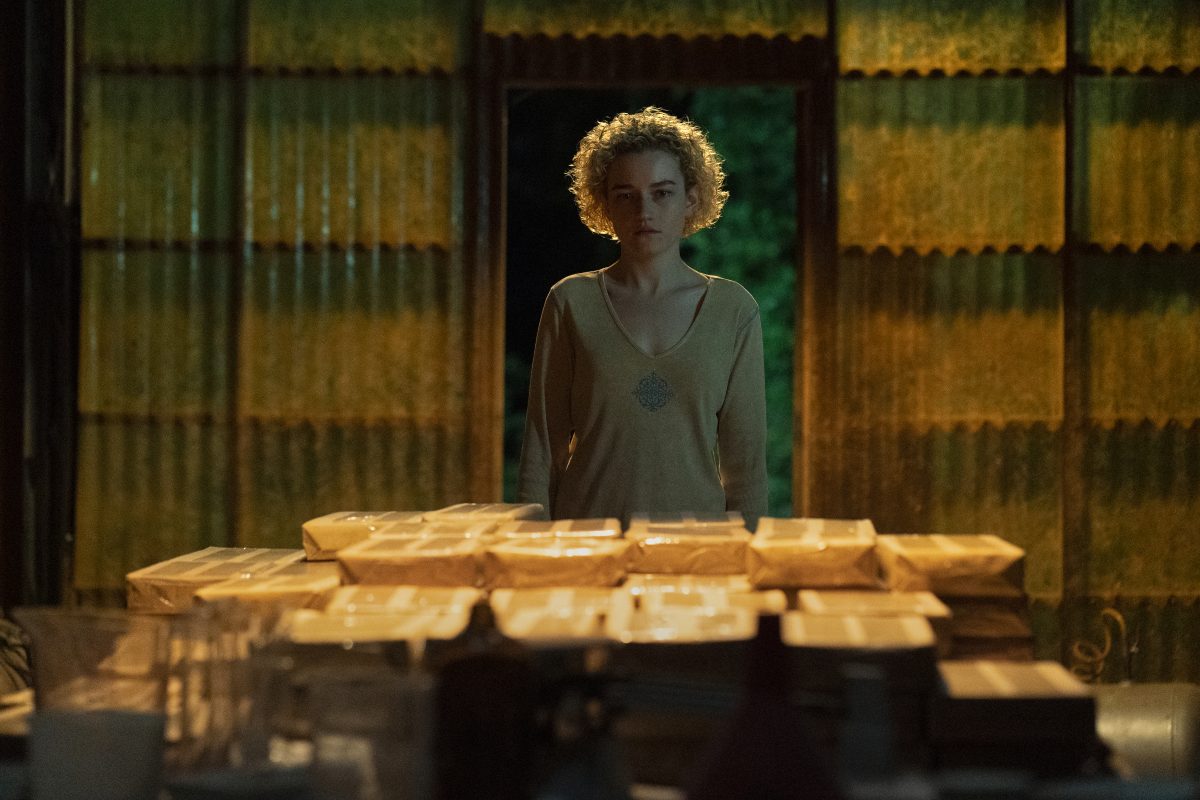 Much like Laura Linney has, in recent seasons, nearly superseded Jason Bateman as the star of the show, so too has Wendy Byrde risen among the ranks of the Navarro cartel, emerging as a bona fide power player in what is now a global conflict. Linney’s performance is one for the books, and we can’t wait to see what tricks Wendy has up her sleeve for these final episodes. The depths of her depravity have become an irresistibly guilty pleasure, with her antics rivaling that of Tony Soprano and Walter White at the height of their deviousness.

Every single one of Wendy’s adversaries has, thus far, bent to her will or, in the case of Omar Navarro, been seduced by her go-for-broke willingness to risk it all for a chance at success. But as all good things come to an end, we’re pretty sure the reign of Wendy Byrde will, too. It’s just a matter of how. Similar to those aforementioned anti-heroes, the matter of Wendy’s fate will be a tough one to discern beforehand. There have to be consequences for what Wendy has done and who she’s destroyed along the way, but we’re still not sure if “Ozark” is willing to let Wendy die in its final moments, or if she’ll simply spend the rest of her days in the Navarro cell block.

The Javi of It All

Since his introduction at the beginning of Season 4A, Javi – played by Alfonso Herrera – has been a force of nature. His unnerving blend of charm and brutality reminds viewers that the only thing worth expecting on “Ozark” is the unexpected, and Herrera’s performance is one for the books. He embodies the character with disturbing efficiency, outdoing his uncle Omar’s tempered and careful rage as a firestorm of unpredictability.

However, in the world of “Ozark,” this makes him a liability, one that must be dealt with immediately. The most ardent fans have pointed out that, in the trailer, Ruth appears to shoot Javi dead early on in the season, but the writers are far too many steps ahead of us to make it that simple. Even if they do go that route, the conflicts of morality and family at play will make it so Javi’s presence will be felt long after his death…especially since his mother (played by Veronica Falcon) is still set to make an appearance.

What Will the Final Four Symbols Be?

As even casual fans of the show would know, “Ozark” kicks off every episode with four distinct symbols that have thematic and narrative connections to the episode we’re going to see. It’s one of the many engaging tactics that creators Bill Dubuque and Mark Williams use to lure the audience in, inviting them to carefully watch every moment for clues. Part of the fun of watching “Ozark” comes from recognizing where the symbols fit and getting more excited than Rick Dalton seeing himself on television.

And so, the question begs: What will those final four symbols be? We’ve seen everything from model airplanes to fingerprints, burning boats, and crack pipes. The possibilities are endless. It would be cool to see a callback to the pilot episode, which featured a man kneeling with his hands tied, a skyscraper in Chicago, a gun, and a man falling since all four of those things could easily fit into the show’s series finale. But, of all the mysteries plaguing fans, this one might be the most unknowable. 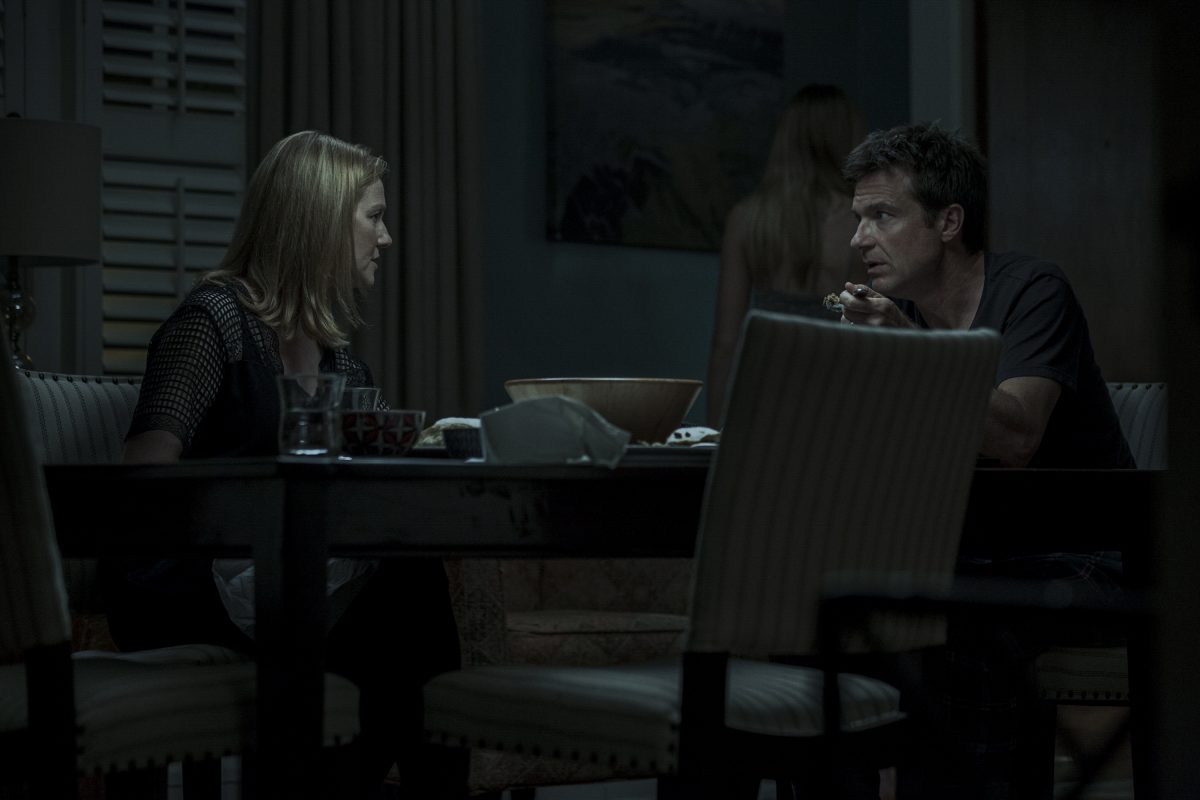 Laura Linney and Jason Batemen as Wendy and Marty Byrde in the pilot episode (Season 1, Episode 1). Courtesy of Jackson Davis/Netflix.

Now, to the only question that really matters – who’s going to have kicked the bucket by the end of the show? If season 4A, which felt like the midpoint bloodbath of an especially contentious chess match, is any indication, the answer could be almost everybody. “Ozark” star Jason Bateman recently promised something akin to a “happy ending” for the show, but in the context of one of the darkest, grimmest television series to make it to air in quite some time, what does that even mean?

There’s a scenario where everybody but the Byrde children bite it, similarly to how “The Sopranos” basically wiped the slate clean before its 2007 sendoff. Another approach could see one character absorbing a majority of the consequences, as Walter White did in the final episode of “Breaking Bad.” Something tells us the Byrdes aren’t going to get away scot-free, but chances are they probably won’t end up in a shallow grave.

The supporting characters are another matter entirely. “Ozark” has shown no particular loyalty to anybody outside of Ruth, and even she seems up-for-grabs as the Langmore clan continues to dwindle. Ruth doesn’t have Ben, Marty, Wyatt, Cade, or even Marty to protect her anymore, and it’s time she starts developing an exit strategy. The seed has already been planted in viewers’ minds, after her attempt in season 4A to get Wyatt away from Darlene, but it’s hard to say if Ruth will be able to walk away from the Byrde-Navarro conflict in one piece.

Season 4B of “Ozark” premiered on Netflix on April 29th, watch it now.