On Oct. 15, Karol G brought her $trip Love Tour to Anaheim, California. The Colombian singer is currently touring the U.S. on the first arena tour of her career, and while she’s already claimed the title La Bichota of reggaeton, her sold-out concert at the Honda Center proved that she’s a true Latina pop star.

Karol G’s musical career has been a story of persistence. She first toured the U.S. in 2018 on her solo Unstoppable Tour, visiting bars and clubs across the country. Last year, she worked her way up to theaters on the Bichota Tour. Now she is selling out arenas across the country with $trip Love. Tour stops included Madison Square Garden in New York City and the Crypto.com Arena in L.A. on Oct. 21. In the male-dominated world of reggaeton, Karol G’s fierce and fabulous concert proves women are having more fun.

In a nod to the tattoo on her arm, Karol G emerged in a giant barbed wire heart and opened the show with the sensual “Gatubela”, as seen at her recent show in Orlando. With another heart drawn on her face, Karol G set the theme of the concert as love, calling the crowd her “familia” throughout the night. She followed with her girl power anthem “Bichota,” the name of which is Puerto Rican slang for a female boss. The show celebrated women throughout, with an all-female live band, and during the interludes female performers of all shapes and sizes pole-danced and flexed their talents onstage.

“Karol G showed versatility as an artist with her music that knows no borders.” 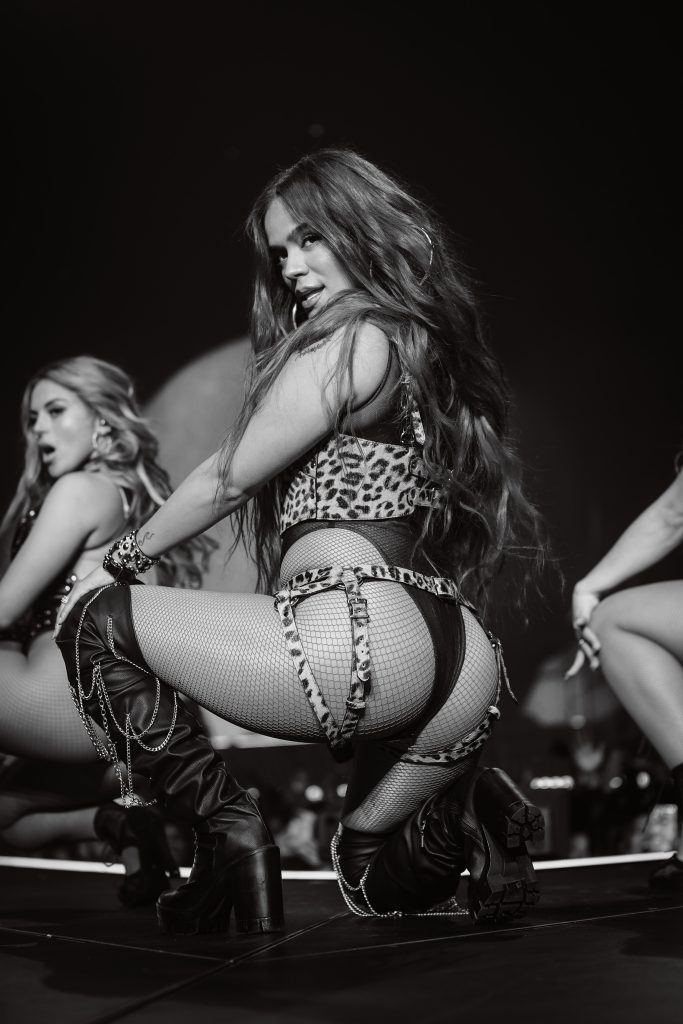 Karol G proudly represented her roots in Medellín, Colombia throughout the concert. “Vamos a pasar una chimba!” she exclaimed, which means “We’re going to have a great time” in Colombian slang. She also performed what’s become an anthem for her hometown, “Poblado,” as well as “Friki,” which features fellow Medellín reggaetonero Feid. She conveyed an understanding that she stands on the shoulders of Puerto Rican giants in reggaeton and she saluted them over the course of the concert. The crowd went wild when she threw it back to the 2000s with “Leyendas,” her medley of hits by pioneers in the genre like Ivy Queen, Wisin y Yandel, and Nicky Jam.

Karol G turned her biggest hits into larger-than-life moments during the concert. For her reggaeton romp “El Makinon,” she was flying over the audience in a Ferrari while singing the song. The goddess-inspired choreography with her female dancers for “Tusa” was on-point. She made sure to sing out loud the part about being a “bad b*tch” in Nicki Minaj’s guest rap. For her breakup anthem “Mamiii,” the backdrop of the stage was set on fire. While the song features Becky G, Karol G held it down on her own, especially for the acapella intro that she sang with pure power and passion. 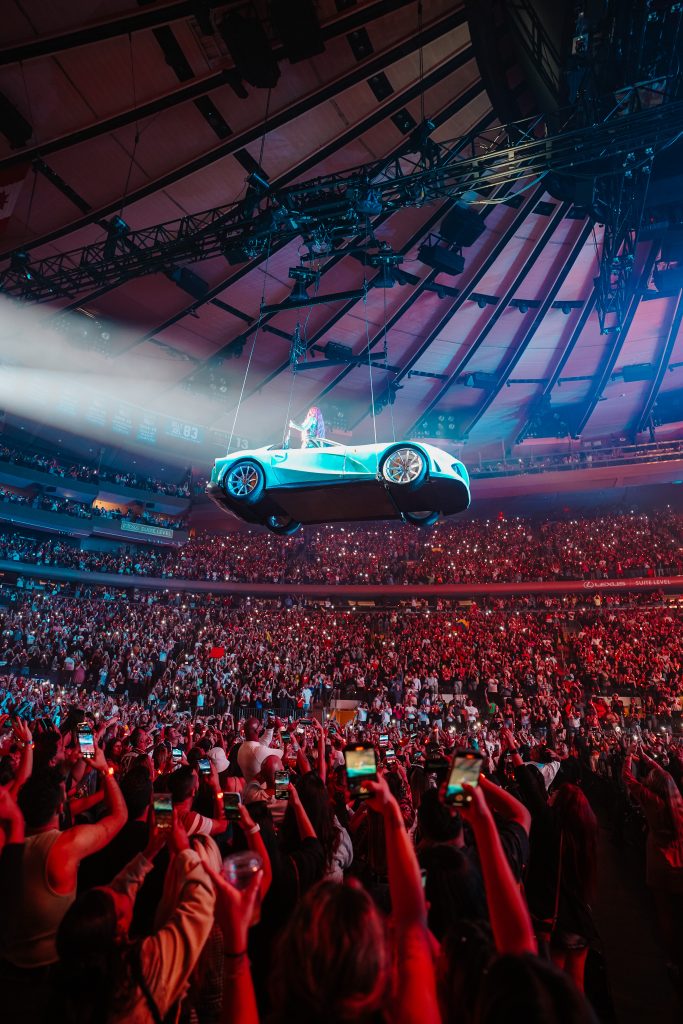 The $trip Love concert was also filled with plenty of heartfelt moments. Before singing the ballad “Ocean,” messages of gratitude to her fans flashed on the screen in Spanish. “Thanks for helping me make it this far” read one message. Another message said, “Never stop dreaming.” Karol G packed an emotional gut punch by performing “Ocean” and her kiss-off track “El Barco” back-to-back. Fans have speculated that the songs mark both the beginning and end of her relationship with her ex-boyfriend Anuel AA. Before charging into her Mexican corrido “200 Copas,” she told the crowd of how she wrote the song for “una amiga” who needed to hear its message about overcoming a toxic relationship. Karol G sounded incredible belting the heartbreaking song while showing her versatility as an artist with her music that knows no borders.

The crowd was the loudest when Karol G treated the arena to two closing performances of her global hit “Provenza,” as they sang along to her lyrics about feeling free. She closed out the concert on an adrenaline high with Tiësto’s remix of the song, which she performed at Tomorrowland earlier this year, that had everyone dancing along with her. Looking back at fans one last time before leaving the stage, she said, “Usted sí puede,” which translates to “Yes, you can do it.” Blazing across the stage on this stop of her tour, Karol G not only moved bodies, but also hearts, with her empowering pop spectacular.