“Mira que divinas esas piernas.” One of the first compliments I ever received. I was somewhere between 4 and 5, and the shape of my legs created an excitement in the women of my family that echoed all the way through puberty. There was a sense of pride around my piernas, my grandmother called them, “delicious” legs — a promise and a security that I would grow up to be a desirable woman. Among the elders of my family, there has always been talk about my advantage over my cousins whose skin wasn’t as pale, whose features were less Eurocentric, whose curls are rougher and harder to transform into a Penelope Cruz-style coif with a good blow out. I hold a privilege in my proximity to the Latina feminine archetype, but like all mythologies, that archetype is a construct never meant to be comfortable. The moments of my life where I’ve tried to ascribe that identity onto myself hold some of my most painful memories. 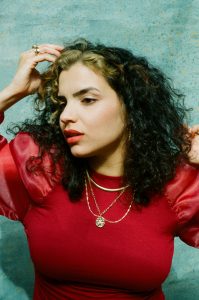 I remember my 11th birthday, one of the few that I was able to experience on Venezuelan soil, where I couldn’t bring myself to dance in front of my family. I knew, even then, that the watchful eyes of my relatives were going to be searching for my preserved latinidad in my ability to shake my hips with looseness and sensuality; to prove myself as something other than gringa. Like the other women in my family, I was one of those that “developed early,” but I wasn’t ready to be that kind of beautiful. There was a wave of betrayed faces in the crowd as I threw myself on the floor like a dead weight to avoid being dragged out to the dance floor by my cousins. It was as if I had sold my soul to white America.

I remember getting older, cutting off my hair in high school, wearing oversized clothes, and transforming into some kind of intimidating “bad girl” as I, once again, tried to postpone the decree of the archetype that loomed over me like an extra shadow. I still hear the voices of schoolgirls calling me “prude.” I reflect now on my adolescence and the idolization that I held for Angelina Jolie and Kate Moss. The hell I put myself through to try to look like them. While I know a lot of that had to do with a cultural self-hate that was bred in an environment of anglo-loving beauty standards, I see now how there is also a great possibility that this self-harm was a means of escaping a femininity that I didn’t feel was right for me. Perhaps in being bony and figureless, I could avoid the comments about my “matured” physique and the lingering of the grown men whose cheeks I was forcibly expected to kiss as a polite greeting.

In college, I took up partying in the Bronx because it was hard for me to get down with whatever awkward hipster nonsense took place in the city. Uptown they played Hector Lavoe, Celia Cruz, and many other artists that climbed deep into my veins. Though a war for the politics of my body, latinidad in music has always been a tender magic. These sounds have decorated the most intimate and self-loving moments of my childhood. What is a Saturday morning of cleaning without the voice of Joan Sebastian? What is the notion of romance without Jerry Rivera or Fernando Villalona or Ana Gabriel?

On one of those long train rides between uptown and my home in Ocean Hill, I found myself in downtown Manhattan, going to what I thought would be some kind of meditation circle with a friend who called herself a mystic. I never really considered myself a spiritual person, but it was 2018, and things like “self-care” and “healing” were trendy buzzwords that had sparked an interest in me. In this circle, which actually ended up being a Sufi dhikr, I was asked to utter the words La ilaha ilallah for the first time in my life. There is no God but God. I repeated the phrase over a hundred times, had it guide my breath, move my body, and leave me exhausted and empty. At the end of this 4-hour ritual, I found myself confused on the subway ride home. Among the characters that can only be found on the C train after midnight, I felt a kind of peace wash over me. 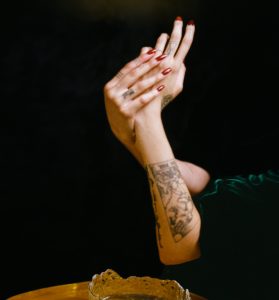 It’s hard to describe the process of falling in love with the Divine, but slowly I could recognize the vibration behind my father’s closed eyes as he spoke to Jesusito. The sound of gospel music from the church across the street from my apartment changed. I believe we can inherit culture but faith is something to unveil within yourself.

Islam granted me a new love language, a new feeling of refuge, and a new possibility for my expressions of womanhood. The spiritual practice of a privatized-self liberated me from the myth of the Latina feminine. Islamic theory allowed me to separate my spirit from my body, and led me to discover that I had no duty to embody anything other than light. I was free to be more than desirable, more than a muse for Romeo Santos to sing to. Under Islamic egalitarian philosophy, I could be something in spite of beautiful, and all expressions of sensuality moved from a cognitively disassociated performance to a sacred embodiment of worship through my privatized agency. 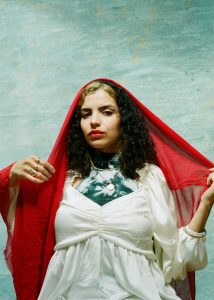 The practice of openness and affection is a part of what makes Latin culture so warm and so joyful. I see these bright expressions as miracles that blossomed out of the agonizing violence of our ethnic origins, and as means of survival in the cycles of corruption, oppression, and social fractures that have happened since. But, I am still unpacking the reasons behind why I was treated like a woman, while still a girl. Or why the main test for my cultural conservation, as a member of the diaspora, rested in my ability to embody sexual energy. 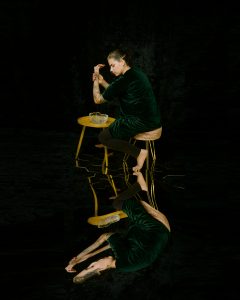 And so here I stand, as my family’s Musulmana Gringa. Many of them still mourn my acceptance of the faith because of the success of mainstream islamophobia. Perhaps in some ways, I am considered a failure of our people — the abysmal result of having migrated to America. It is hard for some in my community to understand my choice to reject physical contact from men outside of my family, to do a beach getty without the beer and conventional swimsuit, to dance only with my husband in our living room.

But, I wish they could see how I also fail in Muslim circles: how I’m radically different in my thoughts on who I believe will be allowed into Paradise; how my curls crawled out from under the headscarf I tried to adopt and told me not yet, not like this; and how many in the ummah are likely to disregard my religious opinions because of that. How, sometimes, I (astaghfirullah) let the manicure rock when I go to perform my ablutions for prayer, preventing the water from properly blessing my hands.

I wish they could see how I exist between two worlds: how when I feel the need to reconnect with a sense of divine peace, it’s the folk music from the Venezuelan llanos that I turn to most of the time because I still haven’t learned enough Arabic to find the same kind of comfort in listening to Quran; how my style of dress in the private sphere differs so much from Muslim women that come from Muslim cultures and how, as a result, many times the purity of my faith and the extent of my devotion is contested, questioned, misunderstood, or mistrusted; how I walk a path of constant self reflection as I walk in my faith, while oftentimes my roots and my practice are at odds. Though Islam is the origin of my peace, my latinidad is the most tender and precious element of my identity. It is the caress of my mother. It is the womb that has cultivated all of my best attributes. So, while I often find myself walking through tough waters, I keep myself open and trust that there is value in the cracks between two stones. 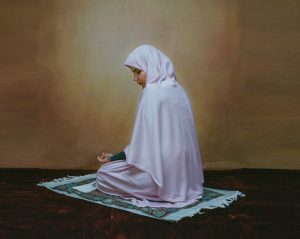