Manuel Garcia-Rulfo is Chasing a Feeling

Manuel Garcia-Rulfo, sporting a mustache and a gray newsie cap, met with me last month over Zoom to talk about his starring role in the latest adaptation of “The Lincoln Lawyer.” The show was trapped in the worst kind of development hell for years before finding a home on Netflix. By the time Garcia-Rulfo’s name had been thrown into the ring, “The Lincoln Lawyer” had suffered the loss of its leading man, was in the midst of a multi-million dollar lawsuit with ViacomCBS and was delayed due to COVID-19.

However, none of this seemed to have bothered the actor one bit. On the contrary, the only thing he worried about was his audition. “It was during the pandemic,” he said. “It was kind of weird because it was one of those things you have to tape for. I always feel more comfortable being in the room and auditioning to feel the energy.”

Regardless of the difficulties that had plagued the project at first, Garcia-Rulfo found himself drawn to the role. “I loved it,” he said. “I really liked the first scenes that I had to audition with. There was something that I really connected with. It’s one of those things that you read and, as an actor, you just want to say out loud.” It didn’t hurt that its central character Mickey Haller was iconic, thanks to the author who created him. “Of course, it being based on bestselling books by Michael Connelly is something that really excited me. He writes characters that are larger than life,” Garcia-Rulfo told me. 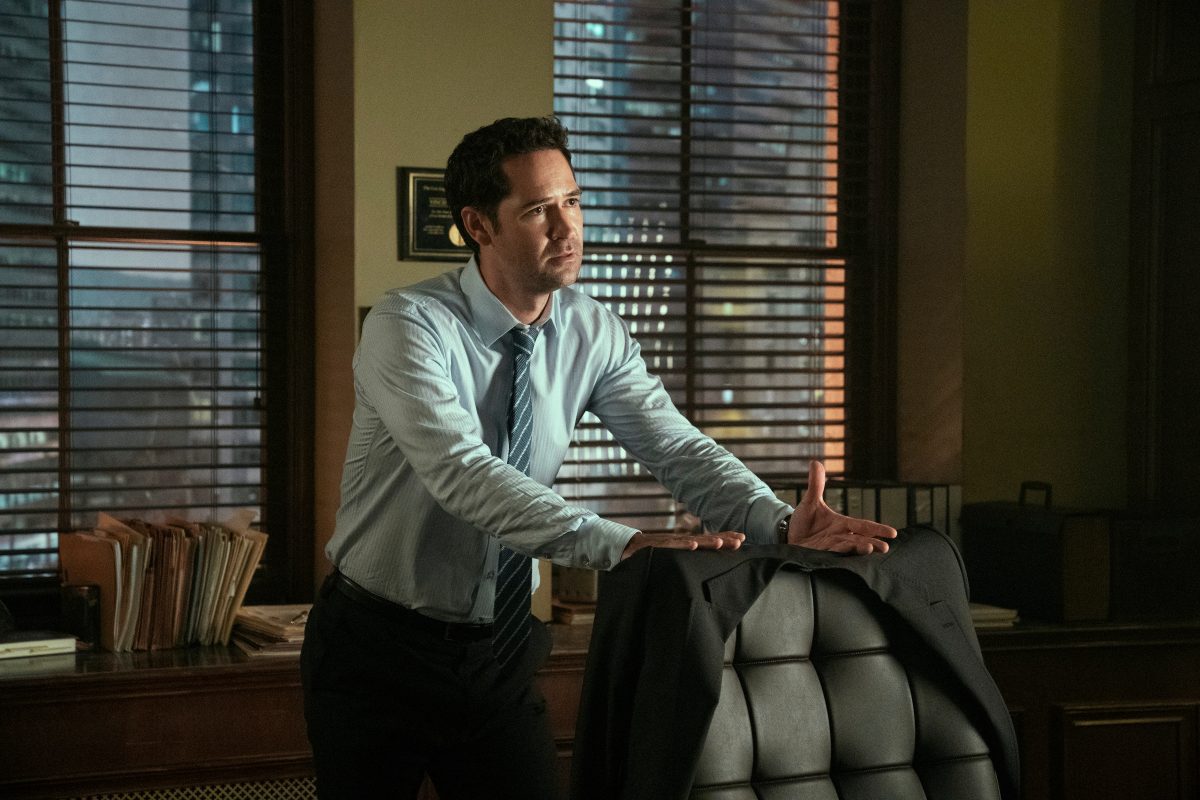 Manuel Garcia-Rulfo as Mickey Haller in The Lincoln Lawyer. Courtesy of Lara Solanki/Netflix © 2022.

When I asked if he’d seen the 2011 film starring Matthew McConaughey, he responded, “I saw it when it came out. But I didn’t want to see it again,” to allow his performance to come from a more organic place. “I never read the books,” he admitted. “So I started reading the second book, which is what this season is [based on], and I really enjoyed it. He’s such a good author. He’s one of those guys that just keeps you in there.”

The new show allows Garcia-Rulfo to flex his bilingualism more than one would expect, especially since the show originally had Logan Marshall-Green in the lead role. We talked a bit more about how that found its way into the character until the actor shocked me with a piece of information I should have already known. “You know, in the novels Michael Haller is Mexican,” he said. “His mother is Mexican, she’s a soap opera actress from Mexico. And his father is American.”

“They had some dialogue in Spanish,” he continued. “They wanted to be authentic with Mickey Haller and let us experience that side of him, the Mexican side. And of course, you know, they let me throw some stuff in there.” I confessed to not even knowing the character was Latino. “Me neither!” he told me. “When they sent me the audition I was like, ‘Guys, I’m Mexican. I can’t do this, this is Mickey Haller.’ But they told me about it and I read the book and I was like, ‘Holy shit!’”

Even still, previous adaptations have mostly ignored this side of the character, and Garcia-Rulfo is grateful not only for the opportunity to fully embody Mickey Haller as he exists on the page, but to do so as a Mexican actor with no American lineage. “I thought that was really cool that Netflix and the producers really took a chance. Not because of being white or brown, but because I’m full Mexican. I have an accent, and he’s a lawyer and he has a lot of huge monologues and the [legal] terms.” He added, “I hope the fans of the book are not disappointed because a lot of people don’t know that [about the character]. I was a little afraid of that.”

Manuel Garcia-Rulfo as Mickey Haller in The Lincoln Lawyer. Courtesy of Lara Solanki/Netflix © 2022.

Before Garcia-Rulfo was an internationally recognized actor and leading man, “I was raised on a ranch in Mexico, forty minutes from Guadalajara. I went between the city and the ranch.” Although he spent his weekends and vacations on the open range, it wasn’t all fun and games for the young Garcia-Rulfo. “I was a very bad student. I shouldn’t even be saying this,” he said with a laugh, “but they kicked me out. They banned me from school. So my punishment was to go to work. Stay on the ranch for months and just work.”

Still, the actor considers his time on the ranch to be a formative experience. “I have good memories. I loved ranch living,” he shared. “It was a tough world because you’re working very early in the morning, you work in the sun. It’s hard but I loved it.” Garcia-Rulfo noted that it’s a part of him he carries to this day, “I still do it, too. I have a little business — it’s really more of a hobby — but I have a farm in the ranch I have. I grow limes.” He added, “Every time I have a chance I go there and stay for months at a time and just work there.”

When he wasn’t hard at work, Garcia-Rulfo found himself drawn to another form of artistic expression before acting took hold. “When I was a kid, I always wanted to be a photographer. I love nature, and I always had this dream,” he told me, “My father gave me my first camera, a Nikon, and I wanted to be, like, a National Geographic photographer. That was my dream, to travel and shoot animals. I still do it now, but it’s just a hobby.” Taking a look through Garcia-Rulfo’s Instagram account, it’s clear the passion for photography is still very much alive.

However, we don’t know him as a photographer, we know him as an actor. When we dug in more to where he was first bit by the acting bug, our conversation again steered back to the ranch. “I started acting because it was always there. On the ranch, my Latin family was huge. Very big, we’re very tight,” he shared. “My grandfather, he was obsessed with films and cameras. He always carried a 16mm camera. It’s always been in the family. We were always putting on shows and making films in the summer.”

He continued, “I was really afraid to do it outside of my circle. With my family, I was fine with it, but outside of it, I was really shy.” But then, almost fatefully, a theater class opened up at the young Garcia-Rulfo’s junior high, which he decided to take. “I’ve always been obsessed with films and with characters, and when I started doing it for real in the theater, I really fell in love with it. It just felt good.” For years, Garcia-Rulfo has chased that feeling with enormous success.

Our conversation ended on a reflective note. Garcia-Rulfo, in a moment of candor, shared, “A lot of people ask why you’re an actor, and I guess the right answer would be, ‘Oh I do it because I want to tell stories.’ Honestly, I’m too selfish,” he said, laughing. “I do it because it feels good. I mean, I love to tell stories, but it just feels good!”