Mo Amer and Teresa Ruiz, the romantic duo at the center of Netflix’s newest original series “Mo,” have known for a long time that there are cultural parallels between them. Mo, who immigrated from Palestine, and Teresa, who immigrated from Mexico, are no strangers to the fact that, when all is said and done, the narratives surrounding two vastly different parts of the world have more commonalities than they do differences.

Amer, who grew up in Houston, Texas from the age of nine, is no stranger to these comparisons. “I’ve always seen that experience growing up in Houston,” he said. “I noticed a lot of similarities. My mother’s the one who started educating me about language and how Arabs were in Spain for 700 years. You know, the Spanish language has a lot of Arab words.” Ruiz, who was born in Oaxaca before moving to Los Angeles, agrees. “The warmth,” she said. “The traditions. How much we have faith, even if it’s a different religion or set of customs.”

Ruiz turned to Amer and said, “You invented the burrito,” to which he laughed and added, “I would say there’s a lot of similarities in the culture for sure.” It’s these cultural similarities between Amer and Ruiz’s character, Maria, that strengthen their bond and threaten to tear them apart. For Mo, that means a strict adherence to the expectations of his Palestinian family, even if that adherence can sometimes feel disingenuous.

“For my character in the show, the religious stuff was more of an excuse to mask his inability to provide for his girlfriend on the level that he would like to,” he said, adding, “It was just one of those things that was really interesting to layer within the relationship and to see how far Mo will lose himself before Maria has her breaking point.” 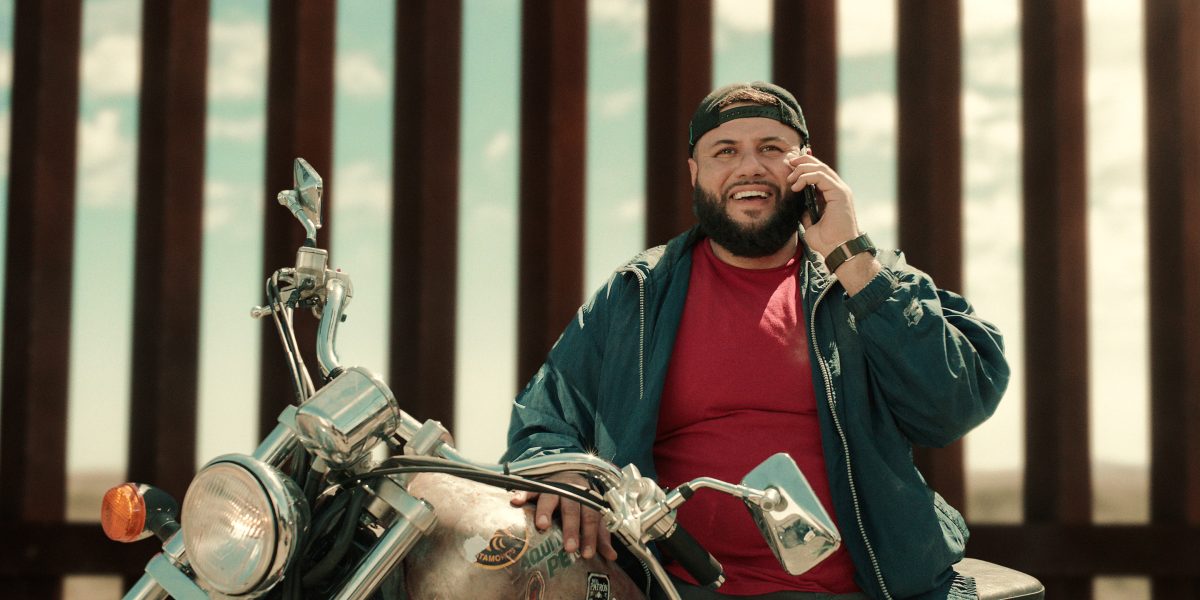 The show follows a lightly-fictionalized version of Amer as he attempts to move forward in his life while doing his best not to complicate his family’s upcoming asylum hearing or the already-strained dynamics between them. Like many immigrants in the United States, Mo walks around with a piano hanging over his head, ready to crush him at any moment. It’s a familiar feeling to many who have arrived on American soil in search of a better life.

In communicating that feeling to viewers who’ve never been in that position, Amer put his faith in mankind’s ability to empathize with struggles they, themselves, have never faced. “We try to do that from episode to episode, to feel that anxiety as it continues to build,” he said, “and also giving [viewers] a little insight into how they fled the [Gulf] War.”

Referencing the particular set of obstacles that many immigrants endure just to make it through the day – namely, the lack of proper health care, the inability to obtain and hold on to reliable employment, the proliferation of ICE agents throughout the country – Amer said, “Having that compassion for the characters will create the understanding. That’s the idea behind it. And not only for immigrants, right? This is, obviously, an immigrant refugee and quintessentially American story, but it is true all throughout the world.” He added, “It’s a universal story. It’s a story about wanting to belong, to be seen and equal to the person next to you.”

“Even if you don’t precisely understand the immigrant experience, hopefully, with the show, you can have empathy,” Ruiz said. “I think [Mo] is so lovable in the show that hopefully people just fall in love with it and then just see a human story and begin to build the empathy and the understanding.”

Another mostly unrecognized aspect of the immigrant experience is the ability to meet oneself halfway in honoring the expectations of their family while simultaneously carving out a path of one’s own. Growing up in the United States is a vastly different experience from moving there with a very specific set of unwavering principles. “There’s a different set of circumstances, a different set of rules,” Amer said. “Whatever applied in the world that we lived in before doesn’t necessarily apply now.”

“There’s also another thing in immigration where it puts you in a situation where it forces you outside of your moral compass sometimes to provide for your family,” Amer added. “For me in my real life, Mo deciding to be an artist and a stand-up comedian is completely misunderstood in our culture. It’s quintessentially indigenous to America. It’s hip-hop, jazz, and stand-up comedy.” In pursuing his dreams and finding success as a result of that pursuit, Amer was, indeed, able to find the halfway point with which so many first-generation Americans struggle.

Ruiz’s take on it is arguably more spiritual but no less honest. As a now-successful actor, Ruiz was just as familiar with the perils of pursuing the arts as a child of immigrants. For her, however, it was more a matter of embracing that history to define her future. “Where you come from is kind of a compass of where you’re going,” she said. “If you forget that, that’s where things start to become weird or superficial, where you start to lose your ground. Where you come from is your ground and that’s what you hold onto as you go through your life.”

Both Amer and Ruiz know that the struggle doesn’t end with success. Winning their family’s approval was just one piece of the American puzzle. Now tasked with shifting the reductive narratives that plague foreign-born citizens, Amer hopes that individual interactions may contribute to a greater understanding over time. “I had this happen early on in my stand-up,” he said, “where people would walk up to me and say, ‘You don’t look like an Arab!’ Like, what does that even mean?”

Amer continued, “They picture whatever they’ve seen in the news or whatever images that they grew up with and these incorrect assumptions about what our people are when we’ve given so much to the world and contributed so many different, great inventions to the world.” Although he tries not to take it personally, it’s still “really disheartening” to know just how pervasive these stereotypes still are in this day and age.

That said, the answer, for Amer, isn’t to fight generalizations with more generalizations. “That’s something I wanted to try and avoid in the show, to become over-the-top political when it should be about the heart,” he said. “It should be about the spirit of the characters and what they’re going through and then it will play itself out in the dialogue. You don’t have to overwork so much to try to get this understanding.”

Ruiz noted how, for Mexican immigrants, the narrative isn’t much different. Keeping in mind the different ways that Mexican-Americans have been politicized over the years, it’s almost easy to forget the human collateral involved when the caricature of Mexican immigrants can often feel so monolithic. Paired with a fundamental misunderstanding of the immigration process, the reaction becomes a powder keg of irrationality and misinformation.

“What does it mean to wait 15 years?” Ruiz asked. “It’s not just you that’s waiting, it’s your whole family. It’s a set of people.” Still, Ruiz believes that, when it comes to empathizing more with the plight of immigrants from around the world, the onus falls on US-born citizens to educate themselves on the realities. “I don’t think it’s our job to solve these questions,” she said. “Maybe it’s just our job to say there’s a question there and your imagination can then begin to look for those answers.”

“The Mexican experience in America and in Houston,” Amer added, “we did our best to bring that to light and to show the struggle, as well, through Teresa’s character and through her hardships to make it to where she is today in the world of the show.” However, in recognizing their similarities, Mo and Maria were also tasked with facing the realities of their differences. “The differences that kept us resistant to each other in a relationship,” he said, “had nothing to do with the fact that we had a lot of empathy for each other and understood each other’s plight.”

Even still, Amer and Ruiz agree that the only parallel that really matters is the fact that they’re both here, with each other, at the same time, having come from very different places in very similar ways. “My parents had to leave Palestine because there was no future. My dad ends up getting a job in Kuwait as a telecommunications engineer, war happens there 30 years later, we flee the Gulf War and end up in Houston, Texas,” Amer said. “I do stand-up comedy for the first time when I’m 10 years old and that’s what I want to do. Then 20-plus years later, there’s two specials and a series about my life on the biggest platform in the world.”

Ruiz added, “I had to come from a family that walked from Oaxaca to California and they had to go through that for me to be standing here. The privilege we get because our grandparents and our parents went through so much to get us here.” The feeling that lingers is one of camaraderie, the ability to look at another human being who you understand and who understands you. “There are just so many parallels,” Ruiz said. “There’s so much stuff that happened for Mo and I to be here representing our culture. It’s beautiful.”