In their latest short film, “the ritual to beauty,” co-directors Maria Marrone and Shenny De Los Angeles ask the viewer: how do we break generational curses? Part-documentary, part-spoken word, the film follows three generations of Dominican women — grandmother, mother, and daughter — as they explore their respective relationships to the relaxing of their hair, a practice common in the Dominican Republic.

Our protagonist, and narrator, is director and producer De Los Angeles. Inspired by her one-woman show “What Happens to Brown Girls Who Never Learn How to Love Themselves Brown?“, De Los Angeles invites the viewer to witness the profoundly intimate and complex search for self-love. The film, shot and edited by Marrone, cuts back and forth between New York City and Kissimmee, Florida, with the locations contextualizing each generation’s past and present narratives. We hear from the women and witness them in their most personal spaces — bathtubs, hair salons, living rooms. Simultaneously, we watch De Los Angeles slowly push back against the practices that take place in these spaces.

“the ritual to beauty” is poignant, raw, and unsettlingly relatable. We don’t always stop to consider the impact of the rituals and customs of those closest to us — particularly when these customs are tied to our culture. Yet, De Los Angeles and Marrone open our eyes to generational trauma and pose the question, how do we end cycles of pain? How do we forgive ourselves, but more importantly, forgive those that came before us?

Rather than attempt to articulate the beauty of the film, we asked the filmmakers to select three distinct shots and explain the significance behind each. Below, Marrone and De Los Angeles share these insights with Latina: 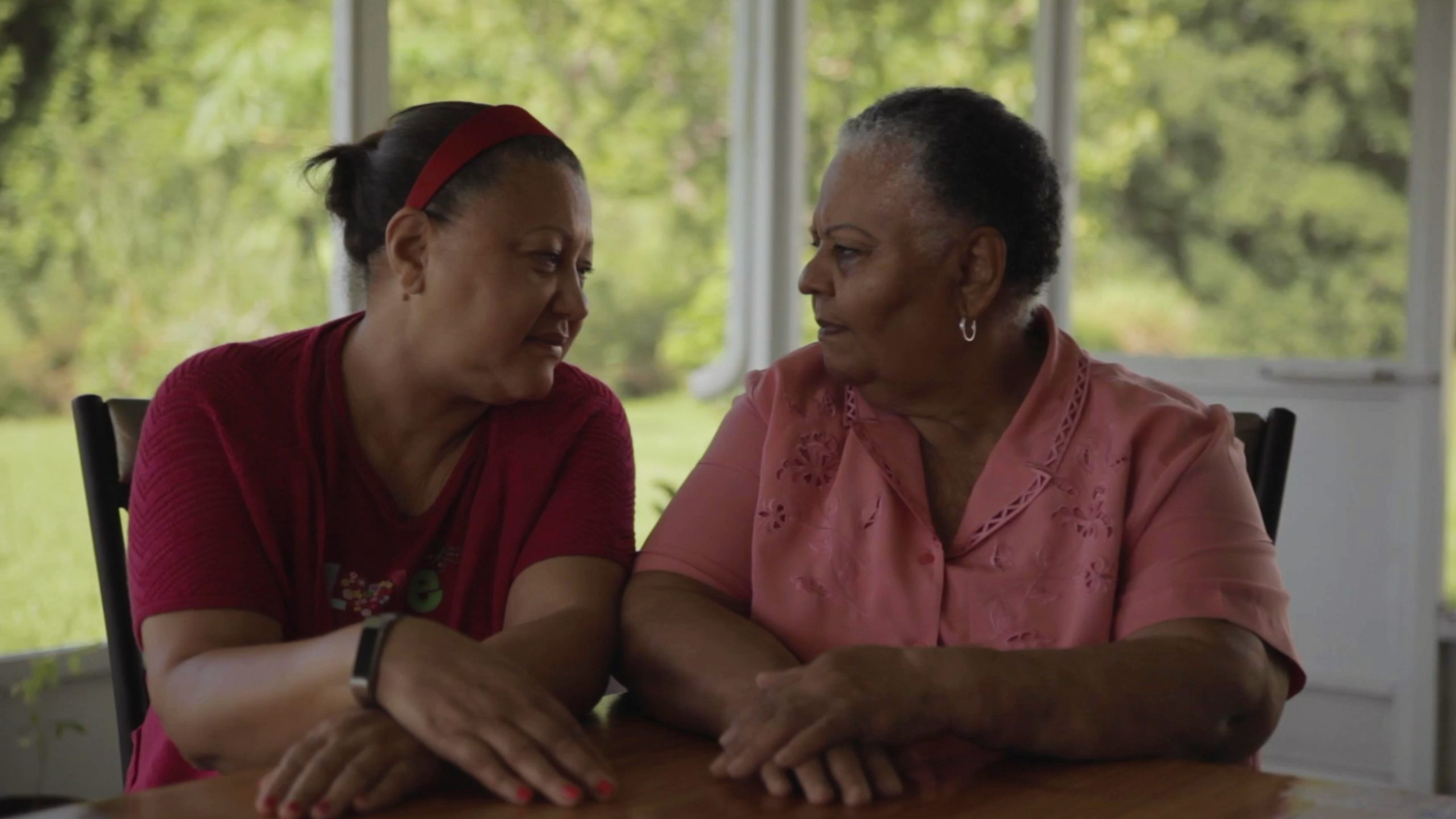 “Experiencing my mother and grandmother looking at each other was powerful. As we were shooting this moment, I witnessed my mom as a young girl again. I remember her struggling with looking at her mom directly in the eyes. Capturing my mom for this film was always vulnerable. I was witnessing her. Not just as my mother. Not just as a woman. I saw the little girl my mother once was. I felt her pain. I understood what she had to forget in order to survive.” – Shenny De Los Angeles 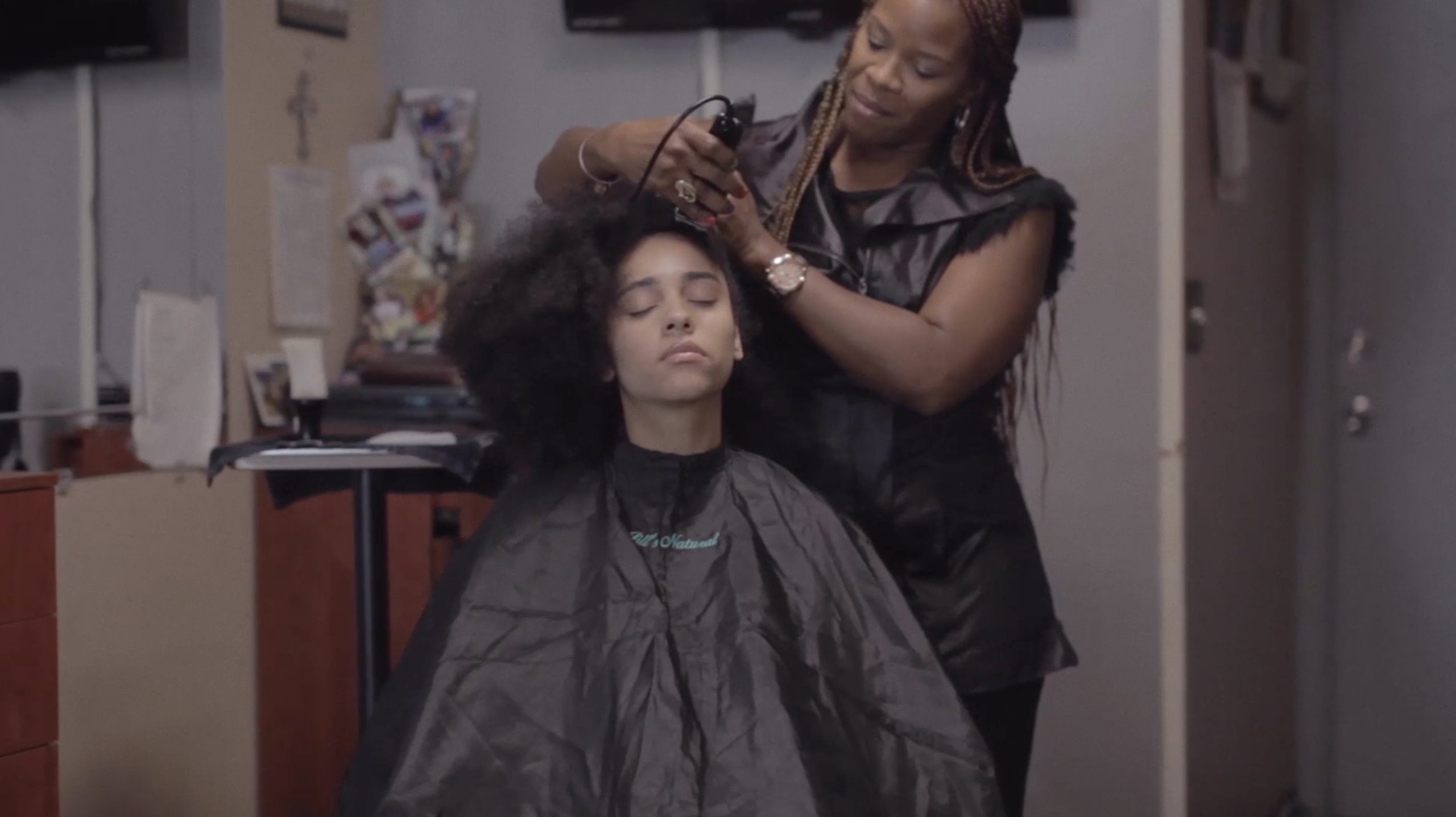 “This moment was very emotional I think for all of us in the salon that day. Jill (the store owner) and other customers were discussing the importance of choosing joy and freedom while Shenny, who is someone I have loved and known for ages, was letting go of something that was so relevant to her identity. It really cemented the kind of liberation we discuss in the film and the notion that joy is something we can actively choose.” – Maria

“One of the most liberating experiences of my life. So much was freed from me this day. This was the baptism. The final decision that ignited me to cut off all my hair came from a mentor of mine who had told me about a year prior to this that I needed to get to the root. And cutting my hair off was just that. I faced myself. I forgave myself.” – Shenny 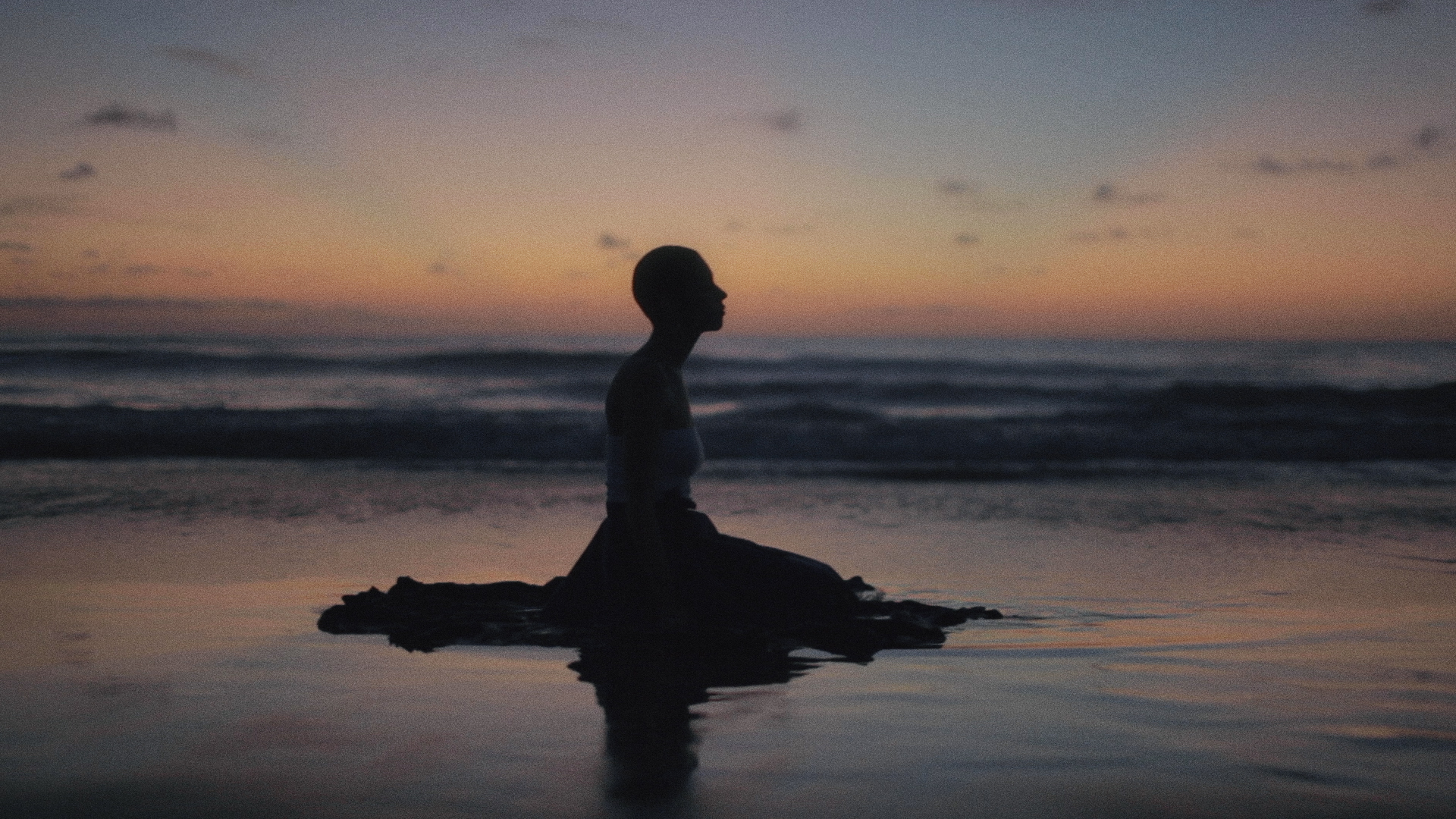 “There was something sacred about this moment. It’s said that the angels come nearest to the earth in the moments before dawn and here we were bidding them farewell in the arms of the ocean — the first mother for all living things. And Shenny was presenting herself in this birth of a new day as a reborn version of herself, bare and free.” – Maria

“I was incredibly grateful to how Maria captured this moment. To how she captured the women who made me.  She made water dance. She guided my movements. She eased my spirit as I discovered something new living inside me. My joy. The stillness of my power. My tenderness. This moment for me was about witnessing myself surrender.” – Shenny

“ritual of beauty” can be viewed online until Sunday, February 6, 2022 as part of the Slamdance Film Festival. On Friday Feb. 4, 2022, the short film was awarded The Grand Jury Award for Short Documentary at Slamdance.

Additionally, as part of Shenny De Los Angeles’ residency at Brooklyn Arts Exchange, there will be a virtual screening of the film at 3pm EST on Saturday, February 5, 2022. For more information, visit the event page.