Like many Latinos, Jasmine Garsd grew up living and breathing fútbol. She left her home city, Buenos Aires, for the United States two decades ago, but her passion for the sport and support for Argentina’s national soccer team remains intact. The NPR criminal justice correspondent is stepping out of her regular beat to discuss her obsession with soccer and fellow Argentine, legend Lionel Messi, in the new podcast “La Última Copa/The Last Cup,” a dual-language production by NPR and Futuro Media. This is Garsd’s second podcast with NPR, as she is the co-founder of the network’s popular music show Alt. Latino.

“I’ve always been really obsessed with Lionel Messi’s story, not just because he is one of the best soccer players in the world, but [also because of] his relationship with our home country and how fraught it is, how difficult and painful,” Garsd told Latina.

While Messi is considered a soccer prodigy, many Argentines have criticized him for his lesser performance when playing for his home country compared to his European team. Messi has won a record number of Ballon D’Or awards, among many other international accolades, but he has yet to win the FIFA World Cup with his national team. The 35-year-old athlete is playing his last World Cup this year, which means this is his last chance to take home soccer’s most coveted trophy.


Messi shared words of confidence after defeating Mexico 2-0 in the qualifiers: “We had to win today and we could do it. There’s another final coming up on Wednesday and we have to keep fighting all together… Let’s go Argentina!!!”

“Messi’s story is always told from the European point of view. He’s the best player for Europe. He wins all these awards. Everyone loves him. But it’s never told as the story of a South American immigrant,” Garsd said. A South American immigrant who had moved to Spain in the early 2000s, at 13-years-old, to improve his career prospects. He wasn’t the only one leaving Argentina at that time, though. Thousands of Argentines were fleeing amid one of the country’s worst economic and political crises, including Garsd and her family, who relocated to southern California in 2002.

With this context in mind, Garsd decided to intertwine her life story with Messi’s throughout the podcast, which proved challenging for a journalist who was “trained to just not ever be in the picture.”

“When we arrived [to the U.S.], my family lived in a motel and I had a lot of jobs… it was a very difficult experience. And there was something about [Messi’s] story that felt so parallel,” Garsd said. Among those parallels was the pressure to succeed in their new countries and make the most of the new opportunities available to them. “When you’re an immigrant or the child of immigrants, there’s no ‘A for effort.’ There’s no ‘do your best.’ There’s just ‘do not fail, that is not an option.’ I think Messi one hundred percent felt that, and I could really relate too.”

While both Garsd and Messi eventually went back to Argentina, they experienced a sense of alienation. Messi was considered not Argentine enough due to his Spanish style of play, while Garsd felt “like a tourist” in her own hometown. “When I was finally able to go back home, years later, it felt like, oh wait, I don’t actually get to go back home, because that place no longer exists as I remember it, and I’ve changed a lot too,” she said.

“The Last Cup” might be centered around soccer, but it’s about more than that. It is about immigrants who don’t feel ni de aquí, ni de allá, like they don’t belong anywhere. It is about the need and desire to exceed expectations in our new home countries. It is about realizing that we might never be able to go back home and feel the same as before we left. “I think the takeaway is, even if you do win a World Cup, even if you are the best player, can you go back home?” Garsd asked. “I think this is a universal question.” 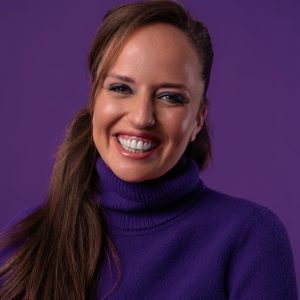 Listen to “La Última Copa/The Last Cup” wherever you listen to podcasts, available in Spanish and English.