After almost 10 years of working behind the scenes, Mai-Elka Prado is taking the stage for the first time. Prado is the founder and creative director of the Afro-Latino Festival, an annual celebration that pays tribute to the African roots of Latin American and Caribbean people. Through a series of musical and artistic performances, culinary presentations, panels, and networking activities, she has established a space that proudly claims and highlights Afro-Latinidad.

Prado has tirelessly dedicated a decade of work to uplift her community, but during this year’s virtual event she decided it was her time to perform, too. Prado performed an original song, accompanied by Polyto Stanley R, recorded in her hometown of Panama City, Panama, at La Fonda restaurant. “Dicen que it takes 10 years for a project to fully develop, for a career to fully burst and then blossom, 10 years,” Prado tells Latina. “I feel like I am in that momentum of years of work and experience, time and investment. I’m finally blooming and stepping into the spotlight.” 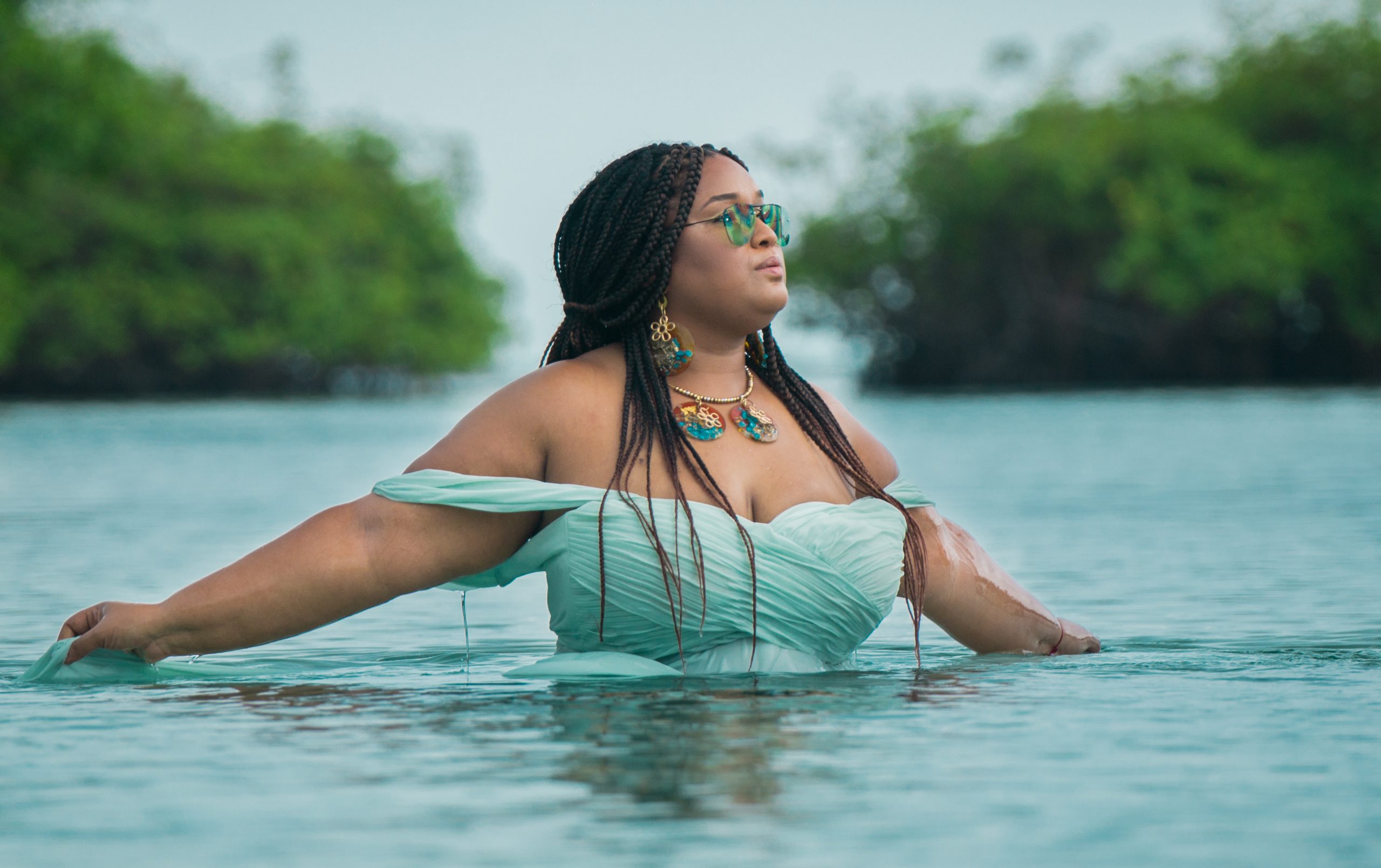 Born and raised in Panama, Prado and her family immigrated to New York City when she was eighteen. Prado was mesmerized by the art and music scenes thriving during the early 2000s in Williamsburg. She explains that in Panama your typical career choices lie somewhere between pursuing a medical or legal career, but New York has more options.

It was in the States that she was first exposed to the term Afro-Latina. “[In Panama] yo soy negra and there’s a lot of people that still struggle with the Afro-Latina terminology,” Prado explains. “Por que muchos de nosotros we are identificablemente negros, like you see us and you know that is a person of African descent and for people that typically look Black, the term Latina might feel diluted. So, hay como siempre esa dualidad en el término.” In New York City, she found herself gravitating towards Black people who spoke Spanish like her, and she became more aware of cultural racial identity.

Prado began to understand how people have been categorized throughout history and put in boxes. As someone who simultaneously belonged to Black, Latina, and female categories, life for her could pose many challenges. That’s when she began asking, according to the Buddhist teachings she follows, how she could build a legacy and leave a mark? A few years after arriving in New York City she started getting more involved in community organizing and met Amilcar Priestley—now her husband—who was running the Afro Latino Project, which he had founded in 2006.

Priestley provided answers to many of Prado’s questions. “He had the experience to really drill down on any question that I had about race and ethnicity being Afro-descendant and also Afro-Panamanian. A veces no tenemos a nadie a quien preguntarle estas vainas,” Prado says. Priestley’s father had been part of the Afro-Panamanian movement, and as someone who had grown up in that environment, Priestley passed on works of literature to Prado; literature that she had never read in school and that would help her learn more about her history and identity. After absorbing so much information, Prado began craving more historical and cultural knowledge. 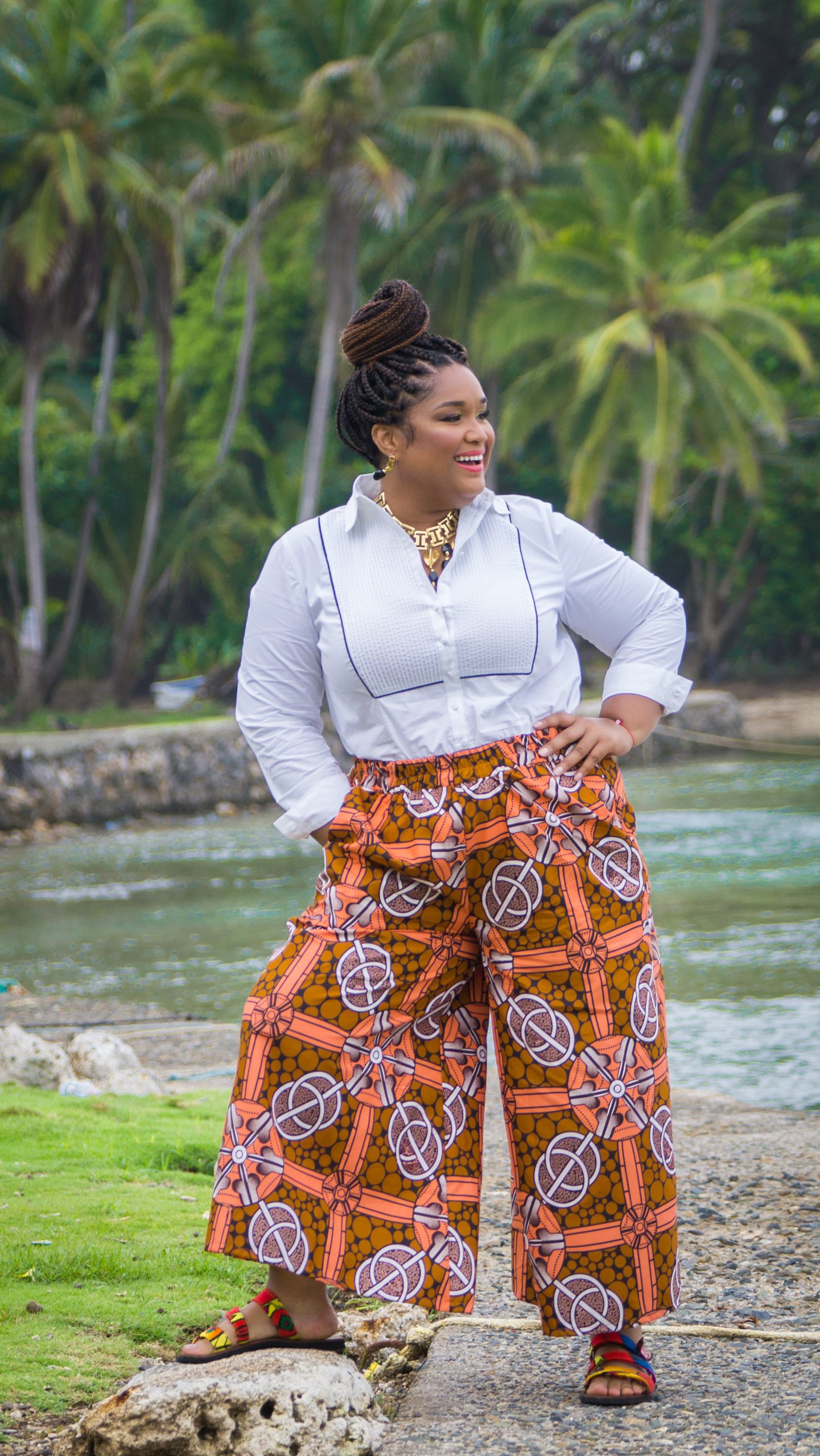 That craving led to the first annual Afro-Latino Festival. The first two years were led by Prado, but by the third event, Prado and Priestley joined forces—that’s when the arts met education. Together they sought to open up conversations on social-political-economic issues revolving around Afro-Latino people. At the end of the day, their main goal was to create an event where their community could find people that look like them, talk like them, and dance like them. “There are spaces that when you enter, you’re like, ‘Oh, I like this.’ We’re not talking fancy, it’s just a vibe, it’s just right,” explains Prado. This year, Prado and Priestly celebrated the ninth year of the festival, and it is still thriving and growing.

After almost a decade of investing her time into building a space for other Afro-Latinos, Prado decided this year’s festival would be her time to make space for herself. She tells Latina that years of work and growth allowed her to reach a better understanding of who she is as a woman, and what she wants and doesn’t want as an artist. Prado adds that although a lot was lost during the pandemic, hosting two consecutive virtual events these past two years allowed her to take a break and redirect some of her focus towards her music and personal projects.

Prado has always been interested in producing her own music. She recalls the moment she first felt that magic. It was the day she accompanied her mother to rehearsal at Teatro Nacional de Panamá and fell in love with music and the performing arts. But when asked about her formal musical education, Prado proudly replies, “No formal training. Lo llevo en la sangre.” After allowing herself to invest time in her music, combined with a strong network she built over the years, her personal goals finally came to fruition this year.

In addition to performing an original song at this year’s festival, Prado worked on the music for “Miss Panama,” a short documentary that premiered at Tribeca Film Festival in June based on Gloria Karamañites, the first Afro-descendant beauty pageant contestant winner to represent Panama in Miss Universe 1980. She also worked on the music of season 1 of “Turning the Tables with Robin Roberts,” which premiered this year on Disney+. And most recently, Prado was included among the 14 women of African descent in the collaborative album “Ancestras” by Petrona Martinez that was awarded a Latin Grammy for ‘Best Folk Album’ this year in November.

Prado explains that all her years of work prepared her for this new stage. “I don’t skip steps. I don’t go from point A to D. I feel like that is such an immigrant mindset, starting from the bottom. And that’s something that I inherited from my family, seeing their own experiences of how they started with nothing. I felt like I needed to start with nothing and then build from that point for it to be genuine, for it to be real.”

Now that she has reached a different point in her musical career, she is ready for more. “The ball is in motion. We are moving forward,” Prado tells Latina. “I want my musicality to live in beautiful projects. Projects that challenge what we think about our own identities, projects that give meaning to life, projects that contradict what we understand as beauty. Those kinds of projects.”

Her first music video gives us a taste of what she’s been cooking up for years. “Cada Marea,” premiering on Latina, is a visual treat imbued with poetic lyricism and picturesque shots of a fishing town in Colon, Panama—a tribute to her country and its traditional heritage. In collaboration with Green Room Films Panama, Prado co-directed the video, which features the Caribbean regions of Panama from both the Pacific and Atlantic sides.

Prado wrote this song after a near-death experience, when she was rescued by a surfer after nearly drowning. This song refers to the low and high tides we overcome in life. While filming this video she was not only overcoming her fear of water but also her own personal high tides—the difficulties she’s endured during the past 10 years of work to get to where she is now.