It’s not an easy thing to sell art — something so ineffable, so personal, so often useless in the pragmatic sense of the word — while truly supporting those who make it as they pursue their craft. But that’s exactly what Julia Fischbach and Emanuel Aguilar set out to do when they opened Chicago’s PATRON Gallery in 2015, which, as Aguilar tells me, started in his living room with some savings he and Fischbach had.

The pair have known each other for over a decade; they met while working at Kavi Gupta Gallery in Chicago, where they served as co-directors. When they started to consider leaving that gallery, they knew they could take jobs elsewhere — at a different gallery, in a different city — but they kept coming back to the idea of opening a new gallery in Chicago. Having both trained in art-making, they were driven by the idea that the gallerist-artist relationship is a special one, one that can help an artist find their true voice. They also noticed that, outside of school, many artists don’t have the kind of support they need — consistent feedback, studio visits, fresh eyes on their work — to really grow. They wanted to open a gallery whose ethos would hinge on the relationship between gallerist and artist, where the gallerist could help both emerging and established artists develop their practice. 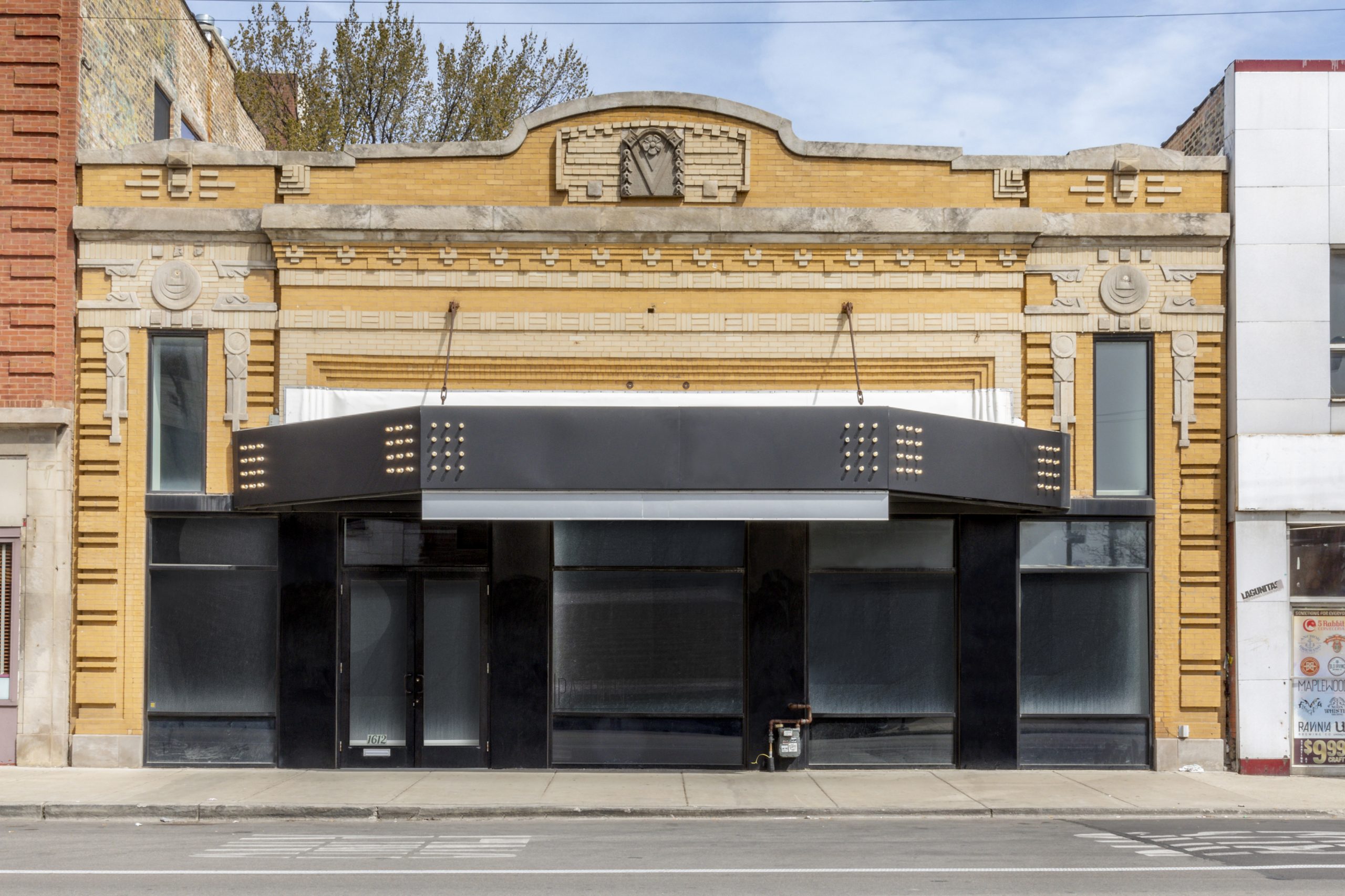 In today’s art world, artists with gallery representation depend on sales for their income, as well as for recognition in the broader art world. Large galleries dominate, both in terms of sales and in terms of helping their artists land solo shows at big museums. The two things — the sales and the publicity — go hand in hand for the artist as they build a career. For the gallerist, of course, the sales are the bottom-line. Without them, they simply can’t run a gallery. When I ask Aguilar and Fischbach how they balance selling artwork with fostering artists’ growth, they tell me that for them, “it’s not about the immediate big sale.” Instead, “it’s about the long haul: finding artists that we see ourselves working with for a long time.”

This philosophy also applies to clients: when I talk with Fischbach and Aguilar, they are in the car on the way back from a breakfast meeting with two aspiring collectors. This pair is unlike many other collectors, Aguilar tells me. They’re on the younger side, early-ish in their careers as architects, and they want to support artists. They might want a piece at a price point that’s lower than what many galleries, in Chicago and elsewhere, would carry, but for Fischbach and Aguilar, clients willing to invest in young artists are exactly what they’re looking for to grow their vision for PATRON. The gallery remains medium-sized, especially when compared to galleries in Los Angeles and New York City, but it has grown quickly in just six years, which Aguilar attributes to their location: “We are in Chicago, so the overhead here is a fraction [of what it would be in New York City or Los Angeles]. That plays a big part. We are able to do more with less.” 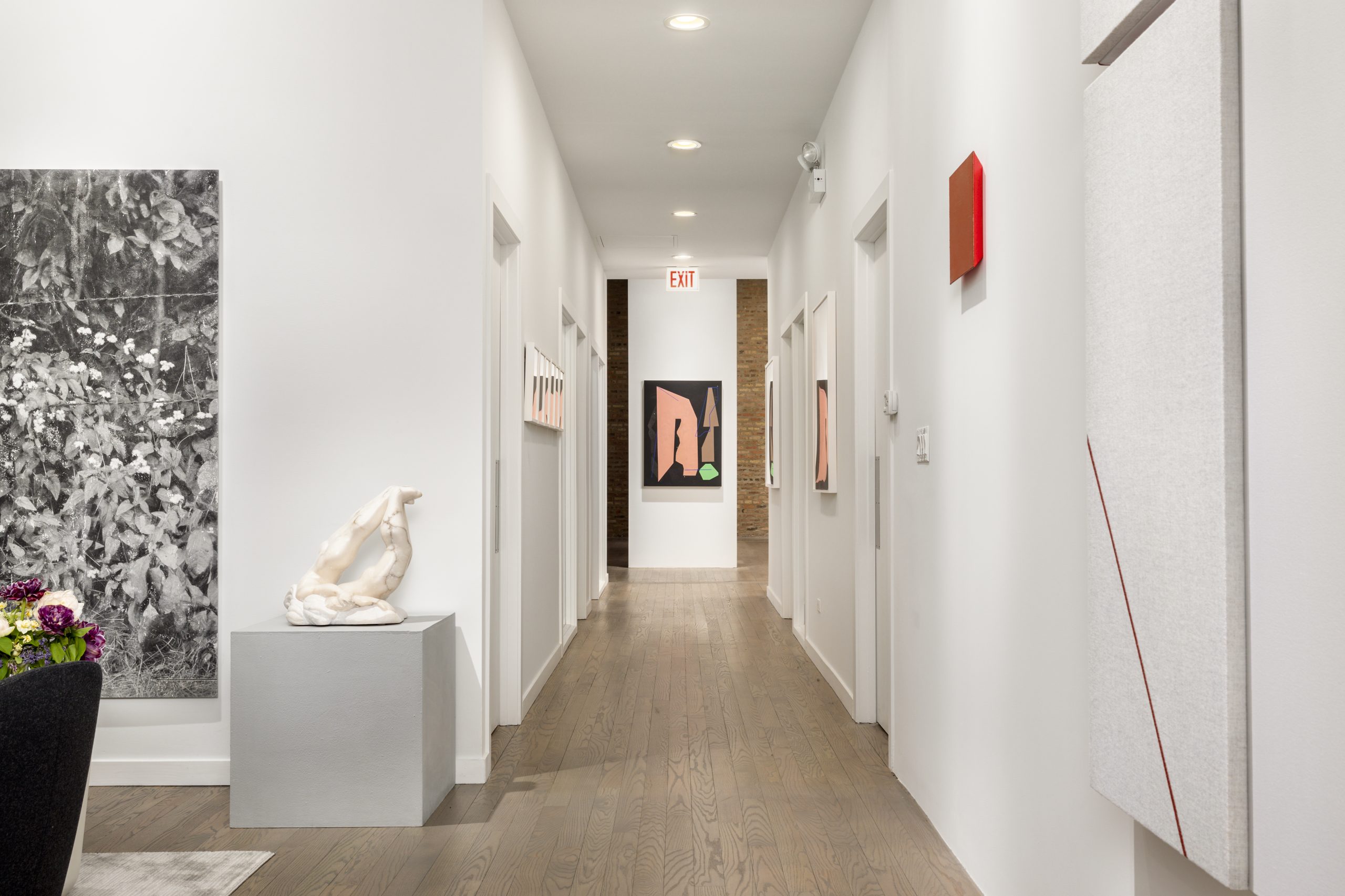 In an art world dominated by white guys, Fischbach and Aguilar — a woman and a gay Latino man — tell me they’ve had to fight to get to where they are. So, in addition to truly fostering the growth of artists, the pair is also committed to connecting their art with the community around them. Aguilar tells me that “there’s been a lot of walking traffic — people just come in — and we’ve started becoming neighbors with them.”

Noble Square, the historically Polish neighborhood home to PATRON, sits just south of the hip, gentrified Wicker Park and Ukrainian Village neighborhoods, and just north of Chicago’s quickly developing West Loop. The gallery itself found its home in a building that, Aguilar later learned, was once a Spanish-language movie house that his father would frequent shortly after immigrating to the United States from Dolores Hidalgo in Guanajuato, Mexico. Its central location has encouraged Fischbach and Aguilar to hold events at the gallery, filling it with people so as to encourage others to come inside. In an art world that is quick to commodify, where a sale matters as much as anything else, and where gallerists are incentivized to encourage artists to follow trends they know will sell as opposed to develop their own voice, it feels rare to meet two gallerists intent on fostering this kind of community connection. 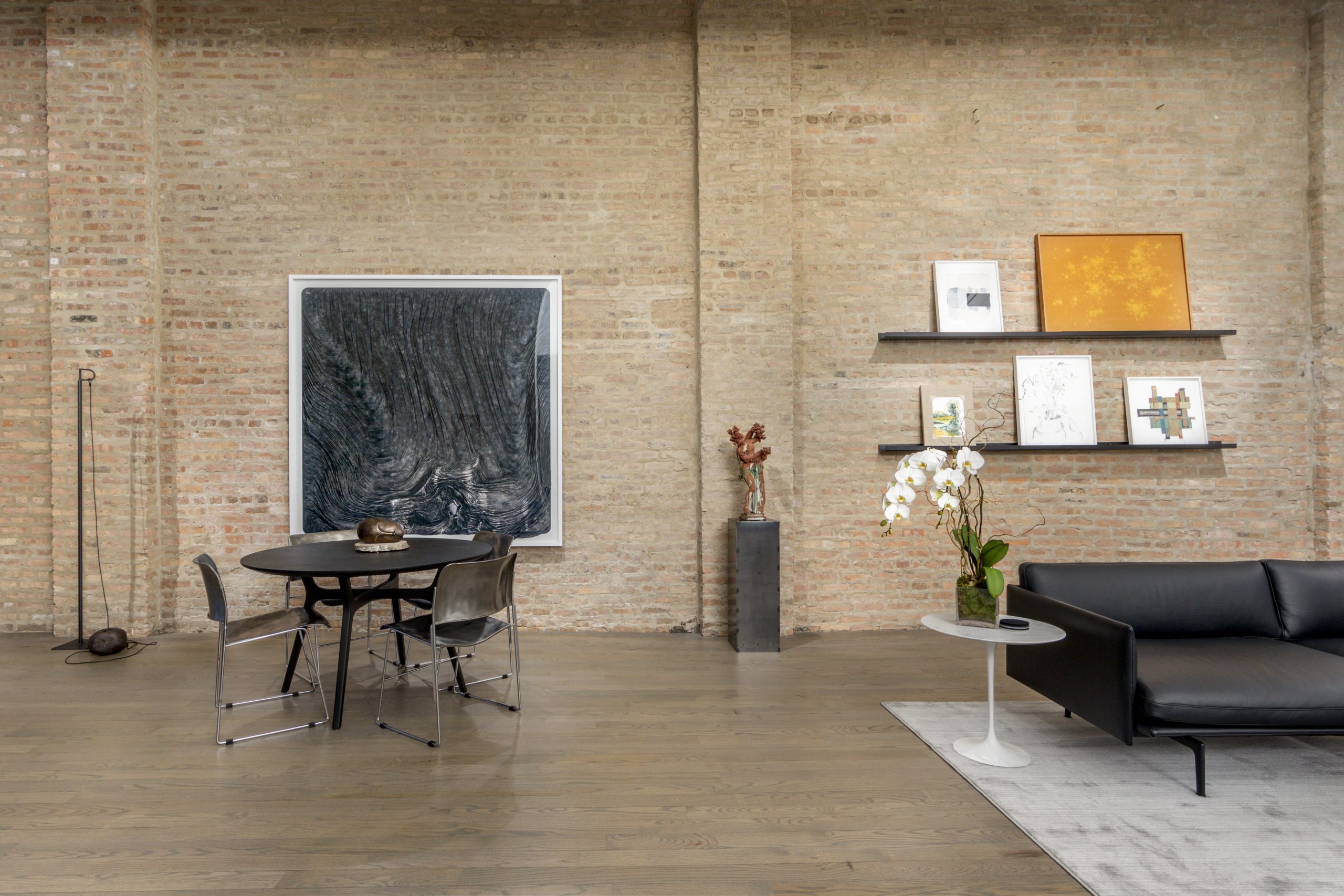 Their particular dedication to helping artists develop their particular voice also feels rare. One artist that PATRON represents, Jennie C. Jones, has a forthcoming solo show at the Guggenheim in New York City. Aguilar tells me this is a long time coming for Jones, who has been a guiding light in the contemporary art world for decades, someone who other artists have looked to for inspiration. “Jennie speaks a language that has historically been attributed to white men: abstraction, minimalism, conceptual minimalism,” says Aguilar. “She’s been contributing to that, and a lot of artists have taken note of that, before the market, even sometimes before the institutions. Younger generations are aware of what Jennie’s contributions have been.” He’s happy to see her finally getting big-time, spotlight recognition and hopes the same will happen for other artists that PATRON represents. “The reward is when you see the artists have their survey shows or their museum shows, when they reach these goals that you’ve dreamt and talked with them about in their studios,” Aguilar says.

PATRON has been around since 2015 and in their current space in the former Spanish-language theater only since April of this year, but they’ve already been inducted into the Art Dealers Association of America. More importantly, they’re already forging an uncommon path in the art world. It’s going to take a lot to change the art industry — the predominance of large galleries, the importance of the sale over the growth of artists — but it’s a breath of fresh air to see two gallerists dedicated to art as more than a commodity — rather something with the potential to transform the lives of both people who make it and look at it.