In 2016, Patty Delgado, 29, hand-sewed a sequined Virgen de Guadalupe patch onto a denim jacket. In this moment, she wove together her Mexican and American identities, laid the foundation for the popular lifestyle brand Hija de Tu Madre, and created a product that enables young Latina women around the world to celebrate their culture.

When Delgado first started selling Virgencita Jackets six years ago, she sewed the gold, green and red sequin patches onto the denim jackets by hand. Her dad helped her package and mail orders while her friends modeled the piece for her. Today, Hija de tu Madre has seven employees, most of them full-time, and a warehouse in Downtown LA.

The Virgencita Jacket was the first product Delgado sold under the Hija de tu Madre brand name. Now, the LA-based self-described “latina lifestyle brand” sells everything: apparel, such as sweat shorts printed with the words “yo hago lo que me da la gana,” “I do whatever I want”; accessories like necklaces with inspirational messages; and even office supplies. One popular product is a pink planner that reads “échale ganas,” or “work hard” on the cover. Delgado started the brand with only $500, and now Hija de tu Madre sells to over 30 countries. Forbes predicted that in 2020 the brand would earn over $2 million in revenue.

Speaking to LATINA via Zoom, Delgado, Hija de tu Madre founder and designer discussed how lucky she feels to be able to share her culture and work with the Latinx community. “I love being Latina… I love that I have to think in two languages. I love that I’m a hybrid,” she said.

For a long time, Delgado struggled to make sense of her multi-cultural identity. She even credits her career to being culturally confused and jokes that she one day hopes to do a Ted-Talk “on how being confused is the key to success.”

Growing up in the suburbs of Los Angeles with Mexican parents, she wasn’t sure where she fit in. After graduating from UCLA with a degree in Religious Studies, she worked as a freelance graphic designer. When she was 25 she moved to Mexico City for six months in an effort to come to terms with who she was.

“Hija de tu madre,” her parents said to her when she announced her plan to re-discover herself in Mexico City, “We left Mexico, why are you going back?” The sometimes endearing and sometimes pejorative phrase, that translates literally to “daughter of your mother” but can range in meaning from “you bad bitch!” to  “you horrible mess,” stuck. While documenting her adventures in “the motherland,” as she called it, Delgado started a travel blog called “Hija de tu Madre.” Her stay in Mexico City also inspired her to combine her Mexican-ness and American-ness into the now-legendary Virgencita Jacket. 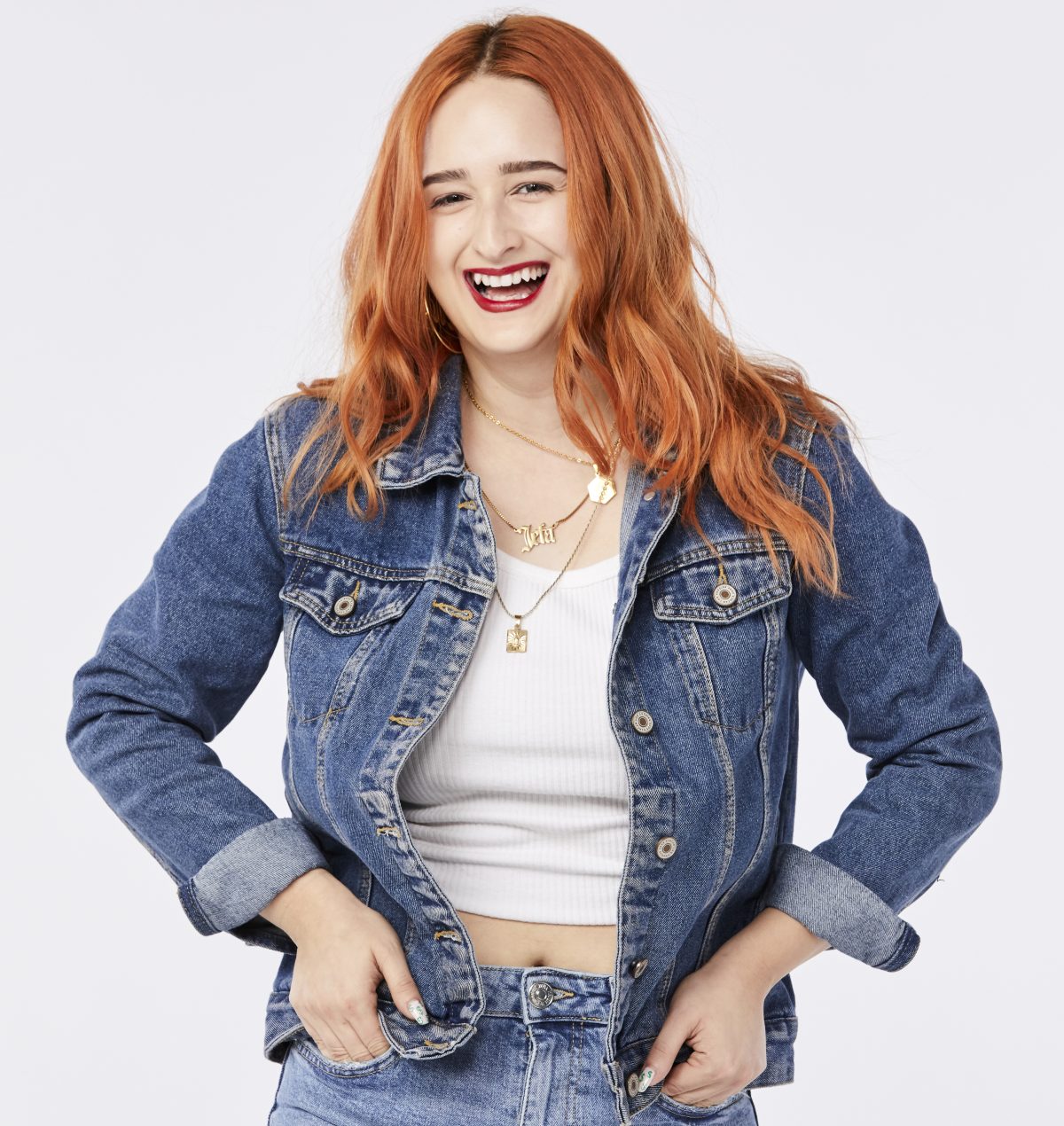 Some people have asked Delgado whether the name Hija de tu Madre has anything to do with her customers all being daughters of the Virgin of Guadalupe. Even though she did not intend this while picking the name, the brand has forged a sacred sisterhood that is very much centered around the Latina identity.

“We’re in the business of seeing people,” said Delgado. She believes that an Hija de tu Madre t-shirt has the power to bring a customer closer to her family and that a necklace can catalyze conversations at work.

On the day she spoke with Latina, Delgado was very proud of a customer review of the brand’s Belize Necklace. A young woman was grateful to Hija de tu Madre for making jewelry that celebrated her country “because no one else is doing Belize anything,” said Delgado. From Perú Bandera Jackets to Nicaragua Necklaces, Delgado wants to represent the diversity of what it means to be Latina.

“This is very much a community-backed business,” said Delgado. She explained that Hija de Tu Madre customers are not just individuals who purchase a pair of  “Jefa Hoops” and never interact with the brand again. They engage with Hija de Tu Madre on social media, they wait in block-long lines to attend pop-ups, and she has even hired some as employees of the company.

In return, Hija de tu Madre does more than sell products. Not only do Delgado and her team occasionally stage pop-ups around the country with U-Hauls, delivering their popular pieces to states like Texas, Arizona, and New Mexico, but they also act as a second family to their customers.

Recently, the brand hosted a free graduation photoshoot for class of 2022 graduates in their Los Angeles warehouse. Delgado says she wanted to create a space where girls didn’t have to spend money to get beautiful graduation photos. Even though the brand wasn’t selling products at this event, their merch held so much meaning for the graduates that many of them wore Hija de tu Madre necklaces and t-shirts during the shoot.

For Delgado, the success of the last six years is just the beginning.“From the outside it probably looks very well put together, but we’re still scrappy, we’re still very lean… we’ve barely scratched the surface.”