Q&A with ‘Backstreet to the American Dream’ Director Patricia Nazario

The food truck revolution, which started as a grassroots movement for struggling chefs and working-class families, is now a billion-dollar industry. Parades of trucks offering endless varieties of cuisines now pepper the streets of almost every major city, redefining our idea of the American melting pot. Intrigued by the intersection of food, culture, and the microeconomies that have emerged from this growing industry, Local TV news veteran Patricia Nazario set out to tell the stories of food truck vendors. Nazario makes her directorial debut with “Backstreet to the American Dream,” a new documentary profiling a Los Angeles mariscos truck parked in the same spot since 1982. As part of Latina’s partnership with GLAFF, writer Josef Rodriguez spoke with director Patricia Nazario. The two discuss where the food truck industry is heading, what those changes mean for working-class Mexican families, and how her investigative expertise aided her in telling this one-of-a-kind story. 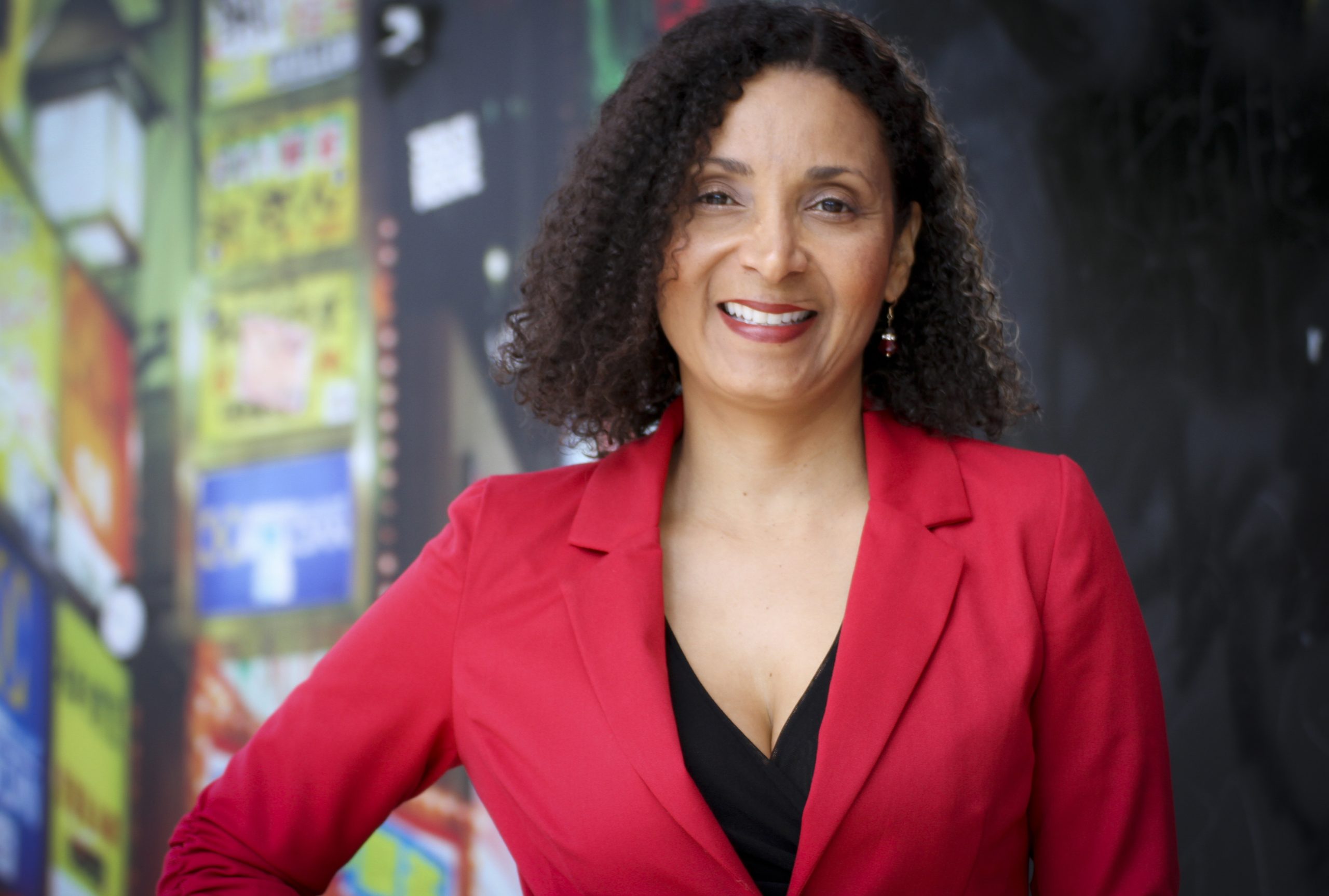 Food trucks exist as smaller economies within metropolitan areas. How did this inspire the film and the direction you decided to pursue?

Traditionally food trucks are very much mom-and-pop economies. Food trucks are family-run and -owned businesses that employ their children. This is how [owners] pay their mortgage, send their kids to school, buy their clothes, and how their kids get their spending money. It’s very self-contained in that way. When you look at the more pop-culture model, you either have companies that moved into the food truck industry or since the Kogi [Korean BBQ] boom, people who followed a kind of cookie-cutter model that’s been a path to the mainstream in that way. There is an informal economy, mom-and-pop side, and there is another side that is much more mainstream and a product of pop culture.

It’s a growing concern that established companies are heading in the food truck direction. What will happen to smaller mom-and-pop food trucks as larger corporations continue to occupy more and more of that space?

Now that more people are coming into the industry, are they going to infringe on what was? I think the bottom line of this is the price point. The people in Doña Guille’s neighborhood are not paying $12 and $18 for a burrito or a taco, and they’re not even paying $6 for a taco. They’re paying something like $2.50. When you go somewhere that [advertises] authentic or street food, you could probably get a better deal if you’re in the neighborhood. If you go across town to the business district or the nightclub district, you’re going to pay more. That’s kind of like your fancy truck model. The traditional truck is targeting that blue-collar worker or the neighborhood residents.

In “Backstreet to the American Dream”, we observe Doña Guille’s traditional lonchera and mariscos truck. She parks in south LA, a self-containing economy, where her clientele is 100% immigrants, 100% Latino. In this community, you’ll drive down the street and see cars parked after cars [because] there’s a swap meet where you can buy used shoes and clothes. Also, there are street vendors outside the swap meet with their goods sprawled out on the sidewalk. 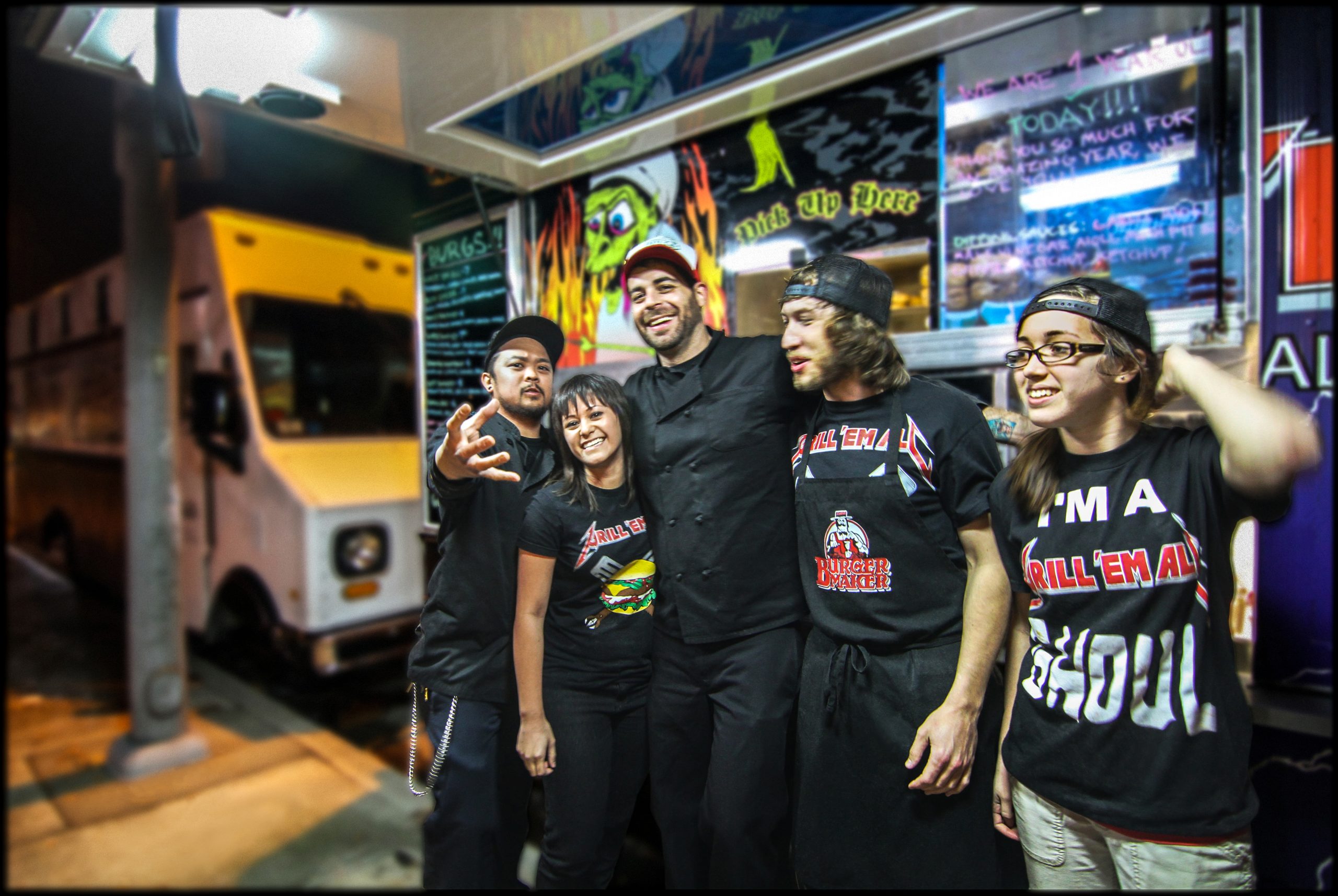 Why have these trucks become such a phenomenon? Why did so many people decide to take a gamble on a food truck as a business?

In the documentary, we profile Grill ‘Em All, winners of the first season of Food Network’s “The Great Food Truck Race.” The show premiered in 2010; chef Roy Choi founded Kogi Korean BBQ truck in 2008. From 2008 to 2010, there was an underground swell of food trucks when content producers got wind and decided to do a TV show when they were new, hip, and edgy.

People saw the success that chef Choi was having and wanted a piece. That included Ryan Harkins and his buddy Matt, the two co-founders of Grill ‘Em All. Ryan says they started the food truck because they didn’t have the money to start a restaurant. In 2009 they decided to launch their truck when they each got a $5,000 loan from their parents. With $10,000 they were able to put [a deposit] down on the truck and get their initial expenses, groceries, and supplies. They got out on the street and start selling.

You can’t do that with a restaurant. They are expensive to start and there’s a huge risk of failure. You have to come in with the permitting expenses, the first and last month’s rent, and the security deposit. If you want to sell alcohol, there are additional expenses. There’s no comparison.

What is it about the customer experience that keeps them coming back?

It’s the food. Grill Em’ All was an overnight pop-culture sensation. You saw these guys win on TV [and then] you could go to their truck, stand in line, talk to them, and order their burger. They’re telling you what their latest concoction is and people are mind-blown. I want that one, you know? So there’s that thrilling experience of interacting with a celebrity and that’s enticing to people.

It’s not like that at all for the El Pescadito truck, but [Doña Guille] makes everybody feel so special. She’s been parking at that same place since 1982. Once when we were shooting, she was making food and asked her son, “Is this one for Clemente?” And he said yes. I asked, “Well, how do you know what Clemente wants?” She got a kick out of that, walked over to the window, and said, “Clemente, how long have I known you?” Clemente says, “Oh, 20 years.” And she says, “Even longer.”

You have these two worlds with different types of connections that people crave. Doña Guille’s world is more familiar, she’s like a sweet grandmother. She is just tasting her food as she’s preparing it, making sure it’s good, then she’ll serve it out. And with Ryan, you have a pop-culture connection that people thrive on. In both situations the food is delicious. 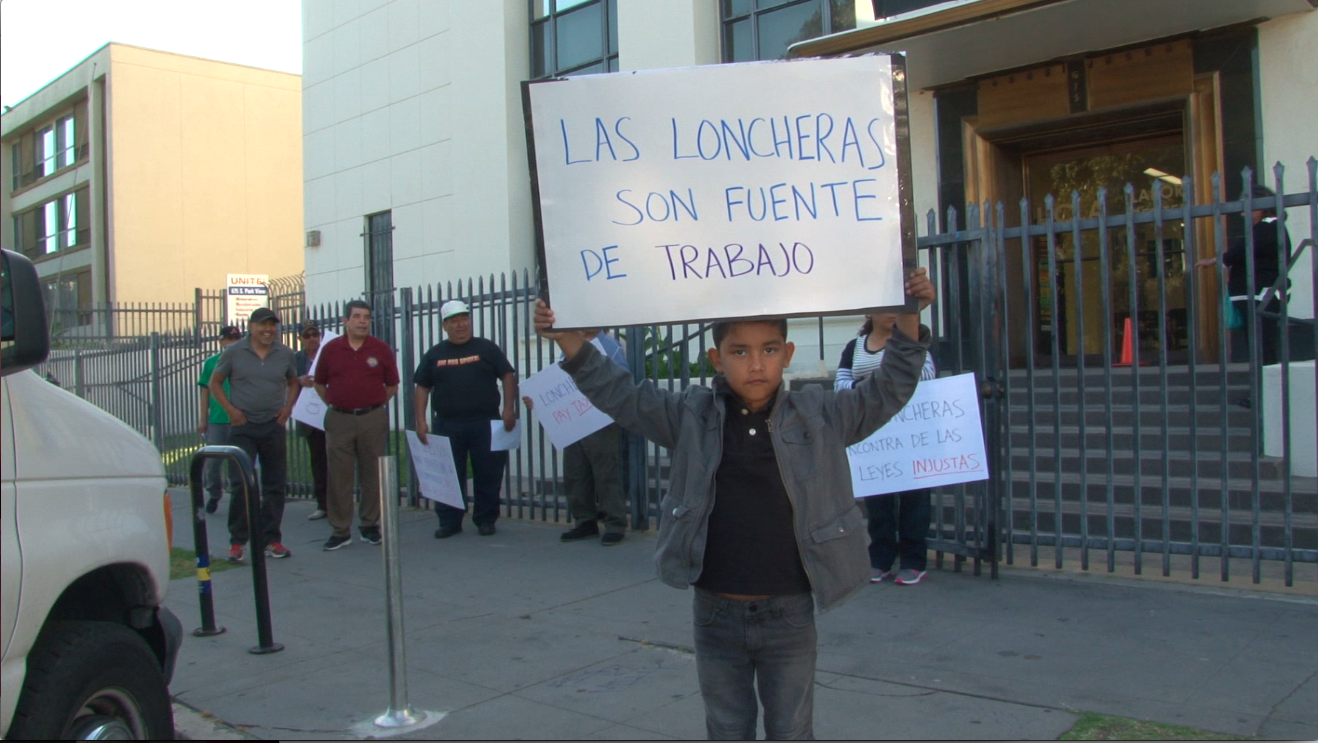 What was your approach in terms of how you styled the film? The trailer has a lot of on-the-fly handheld footage. I’d like to know more about how you conceptualized the film visually and more about what that process was like for you.

I leaned into my local TV news background, where I worked for about 10 years. I was a one-man band and ENG [Electronic News Gathering] reporter for two and a half years. It was all ENG-style because that’s what I know. I didn’t have a DP because I didn’t have the budget for one. Plus, you don’t have space for much more [equipment] with this kind of story. It had to be one person inside of a truck with a monopod and handheld camera. I got a wide-angle lens camera attached to the camera and was able to get more depth of field.

Going into post-production, did any stories emerge that you maybe weren’t expecting?

Honestly, the whole social justice angle. [This project] started in 2010 when food trucks were just so popular. When I started getting into the traditional side, I knew I wanted to find someone who had been parking at the same spot for years. In Los Angeles, that’s an old-school model. Once I found that person and their truck, I started learning more about her story, the history of police harassment, and the political maneuvers that try to marginalize the industry and make these family trucks disappear.

In the end, we have something that speaks to different people in different ways. Here at the Newport Beach Film Festival, we’re under the culinary canopy. We just got back from New York for another festival called the Workers Unite Film Festival. What the [programmers] saw [in the film] was economic discrimination and workers’ rights. We have Dolores Huerta as our executive producer, which I think also speaks to the social justice aspect. I didn’t set out for this, [but] when I look at it now, I’m like, oh yeah, it has a strong social justice tone. 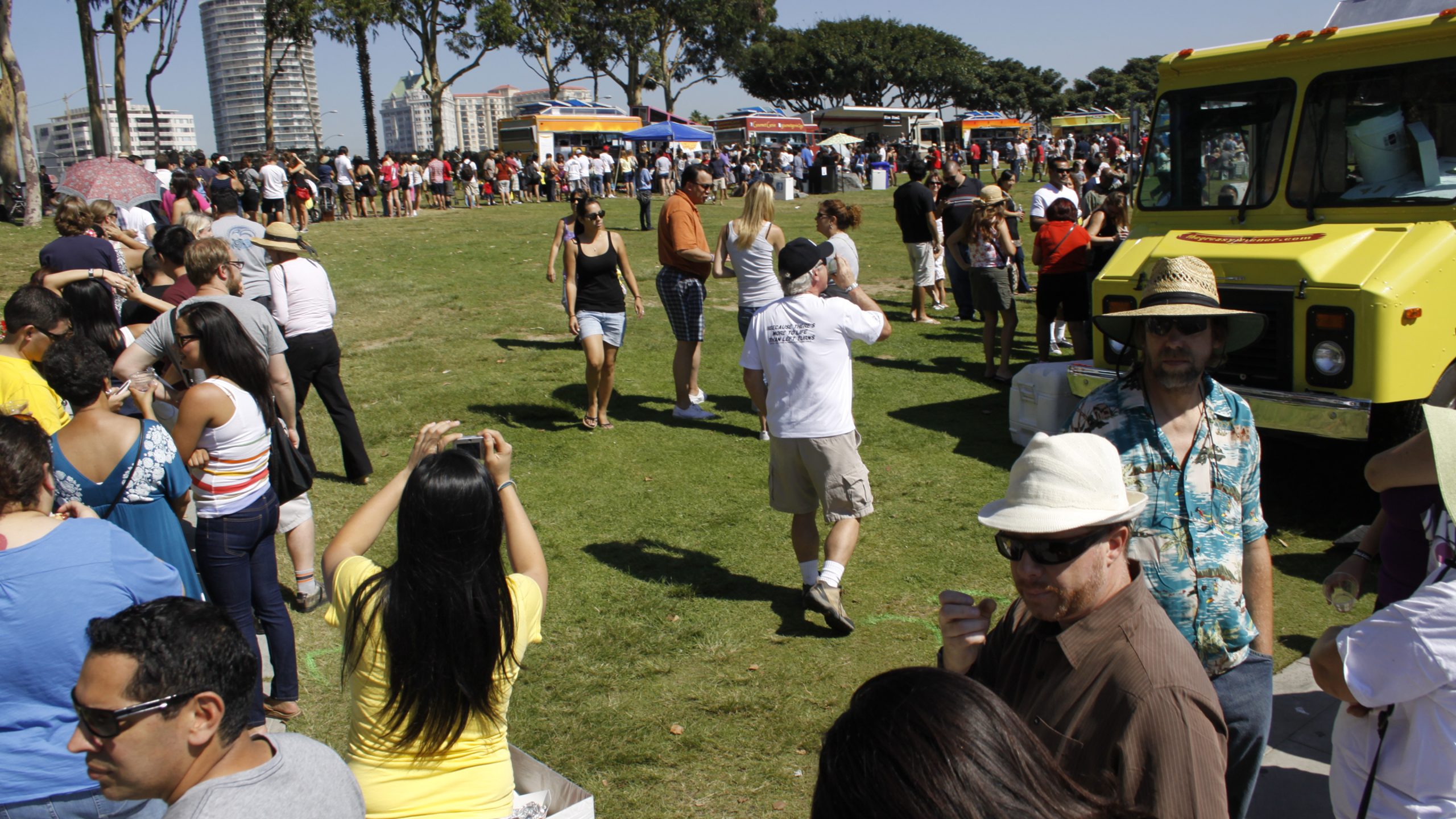 The film is more about who these people are than it is about the food itself. At what point were you like, okay, I need to sort of switch over here into this new story?

From my years of being a journalist, telling stories, and working in television and radio, I knew what makes a good story. It needed to humanize the industry and the immigrant experience, but getting access was challenging. When I was trying to find this traditional model, I found mainly men running these trucks. I tried two or three different men, and it did not go [well]. As a journalist, I knew I needed more access, but it was weird. Here I come with this camera and I’m also like, “I want to go to your house and meet your wife.” At one point, I thought the story wasn’t going to make it. When I found Doña Guille, she was like, “obviously you can come to my house and meet my family.”