“The Wolf House,” a semi-fictionalized attempt to make some sense of the real-life atrocities of Colonia Dignidad, is singularly subjective, placing viewers inside the mind of a young girl named Maria who manages to escape the infamous Chilean-based cult and takes refuge in a dilapidated house nearby with two stolen pigs named Ana and Pedro (Amalia Kassai voices all three leading roles). As the pigs begin taking on more human traits, Maria is forced to reckon with the trauma she’s endured and the suffocating effects of ideological imprisonment.

Buried under seemingly endless layers of artifice and scotch tape, “The Wolf House,” a nightmarish stop-motion film from Chilean mixed media artists Cristóbal León and Joaquín Cociña, hums with a hypnotic pace that effectively erases time; it’s the kind of story that isn’t experienced so much as endured. Scenes bleed in, out, and through each other, until the concepts of structure and movement become little more than mere abstractions. Horrifying imagery and an unshakeable, almost distracting feeling of dread occupy every one of its 75 minutes. So much so that it would be easy to never know that “The Wolf House” tells the true story of Colonia Dignidad, a cult that rose to prominence in the early 1960s, thanks to a man named Paul Schäfer.

Schäfer, one of the many Nazis and Nazi affiliates who fled Germany after World War II and settled in various remote areas of South America, led his dedicated group of followers to a plot of land that would soon become the site of countless atrocities in the decades to come. Schäfer was forced to flee Germany following charges of child molestation, and established a new community in Chile called Colonia Dignidad. He based his philosophy on the teachings of William Branham, a Christian minister and one of the leading figures in the healing revival movement of the late 1940s, which would later serve as the inspiration for cult leader Jim Jones and the televangelist movement that continues to thrive across the globe today. 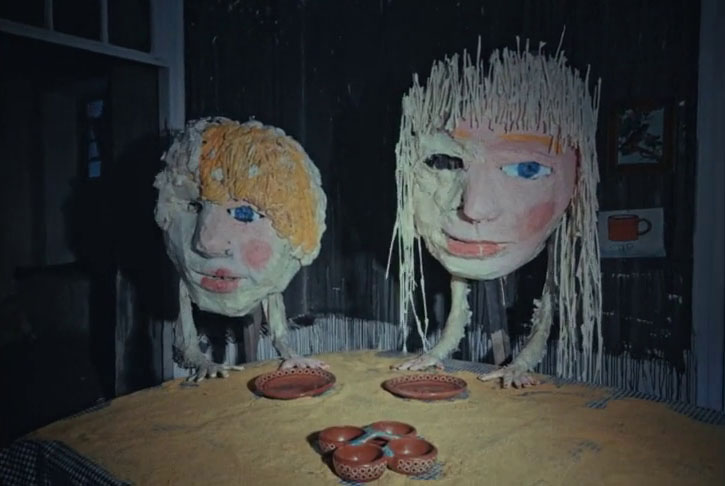 Still from “The Wolf House” courtesy of Diluvio/Globo Rojo Films

Many of Colonia Dignidad’s defectors and former members have come forward in recent decades with harrowing accounts of torture, molestation, unpaid manual labor, and forced detachment from the outside world. Children were separated from their parents at birth and raised in groups by the nurses and doctors who lived on the property. Residents were separated by gender and told who they could and could not interact with at all times. During the 1970s, Schäfer allowed Chilean dictator Augusto Pinochet – who rose to prominence following the military coup of 1973 – to utilize his land as a torture and detention center for political prisoners. But again, one would never know all of that just by watching the film. León and Cociña play around with this ambiguity, going so far as to suggest that Colonia Dignidad itself is funding and overseeing the story that is about to be told. 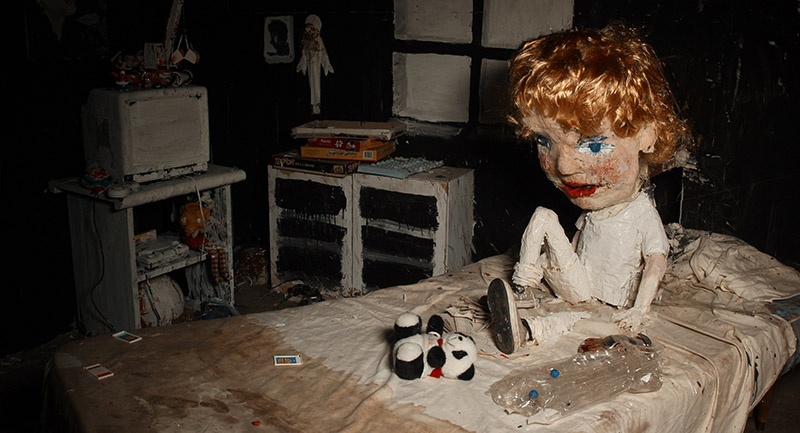 Still from “The Wolf House” courtesy of Diluvio/Globo Rojo Films

What follows is an all-encompassing depiction of spiritual and moral decay, one that begins as something akin to a classic haunted house film and quickly descends into a deranged collage of body horror and hallucinatory panic. Where some films depict fascism as a cold, unfeeling monolith of oppression, “The Wolf House” inhabits a consciousness infected by the tenets of systemic hate, demanding that viewers find their own way out. León and Cociña zero in on the dizzying, dissociative coping mechanisms that allow someone to wake up, day after day, having never known freedom even for a moment.

It’s both a tragic visual treatise on the state of the world that was, and a startlingly relevant warning that fascism may lurk nearer than we imagine. Perhaps the film might have benefitted from some more context, a way to place the viewer within the already kaleidoscopic story a bit more concretely. But in return for its obfuscation, “The Wolf House” offers something unforgettable: a feeling that, at any moment, the screen itself might reach out and swallow you whole.