‘Son of Monarchs’ Gives New Meaning to the Butterfly Effect

Vast colonies of monarch butterflies have made their home in Michoacan, Mexico, as they have in various parts of Canada, California, and Texas. Unbound by borders, the monarchs float through the air, blissfully oblivious to the perils of the grounded, mortal world. At least, that’s how it should be. Like the residents of Michoacan, who share this precious land with their winged neighbors, the region’s monarch population has felt the dramatic effects of deforestation and climate change. “Son of Monarchs” is concerned that damaging these delicate ecosystems can destroy the soul, as well.

The latest from biologist and filmmaker Alexis Gambis is a restless endeavor, wholly preoccupied with both scientific and spiritual dilemmas. Its opening images are grotesquely fascinating, as aspiring scientist Mendel (Tenoch Huerta) meticulously dismembers a cocooned monarch in a New York-based laboratory. Although his mind and body are in New York, his spirit lingers in Michoacan, where his parents were killed in a mining accident and his older brother now works to support his family in the very same mine. But a recent death in the family gives Mendel a chance to reckon with his own interrupted metamorphosis, and return home to reclaim his sense of self.

If “Son of Monarchs” sounds a bit intangible on paper, its execution only reinforces the ethereal and metaphysical nature of its premise. Loosely based on Gambis’ own experiences, “Son of Monarchs” is often personal to the point of impenetrability. Following a perfectly drawn first act, which establishes some intriguing family dynamics and a textured sound design that brings each moment into full clarity, the film mostly devolves in its back half, prioritizing a seemingly endless slog of navel-gazing relationship drama over the far more involving domestic conflicts and biological curiosities that carry the film’s strongest sequences.

Like Mendel, Gambis clearly has a lot on his mind, and “Son of Monarchs” has no issue gracefully leaping from one idea to the next. What it does with each of these ideas is a different story entirely. Gambis gives vague, rough sketches of his characters, such that they don’t adequately filter through his conscious and unconscious mind and simply can’t support the weight of his ambitions. In its best moments, the film is a dizzying invitation inside a curious soul. At its worst, “Son of Monarchs” feels like a bitter retelling of soured relationships and strained family ties. 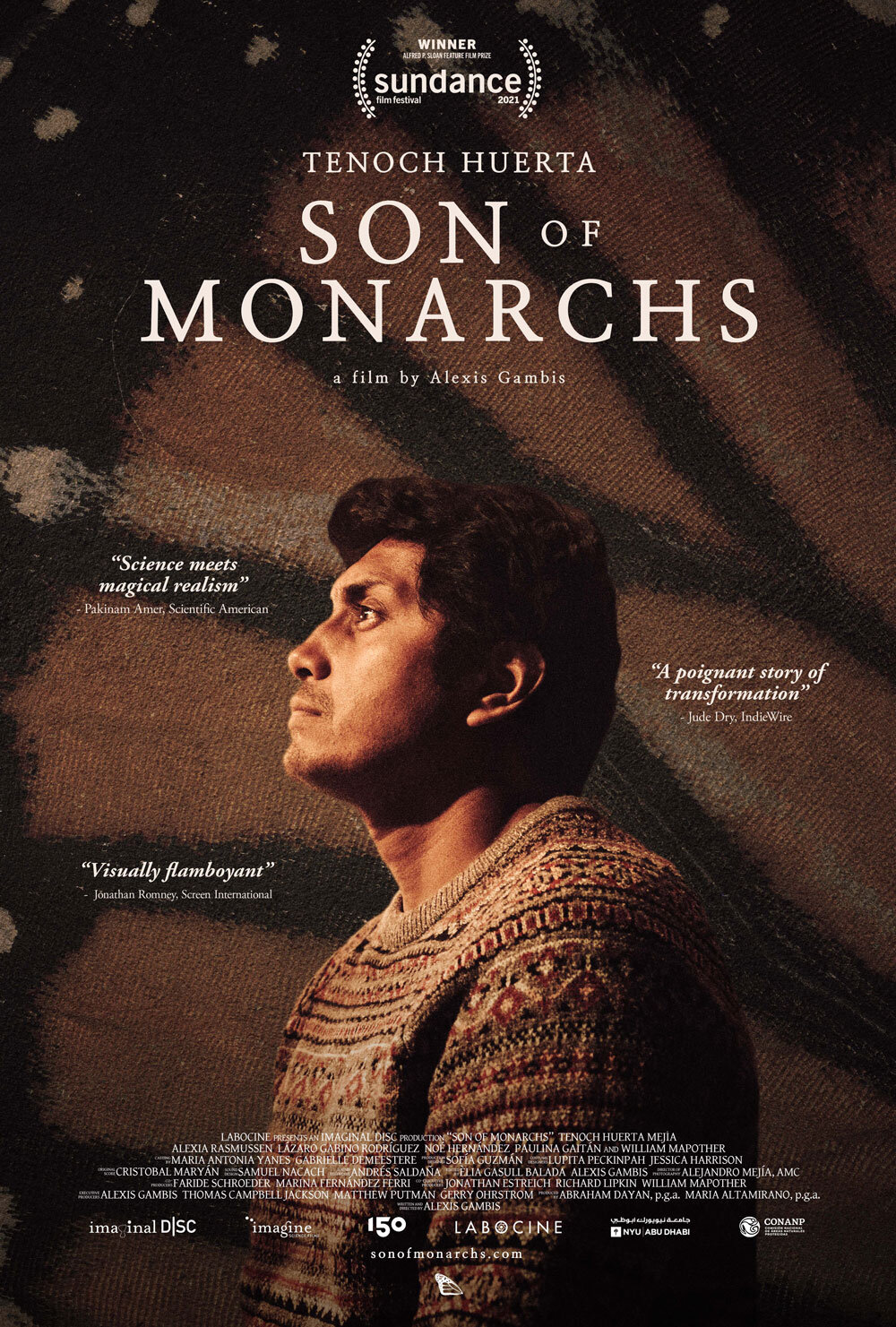 Even still, “Son of Monarchs” is mostly successful. Gambis is a gifted visual storyteller and communicates his potentially jarring vision with images that are both beautifully composed and emotionally intuitive. Elsewhere, Tenoch Huerta continues to be one of the year’s breakout performers, balancing Gambis’ more abstract impulses with a subtly affecting turn that makes silence feel like screaming. Huerta allows Mendel’s pain to lie directly behind his forlorn gaze as he struggles to subdue it, and each passing moment may be the one where his facade comes crashing down. It’s thrilling character work from an actor who has, thus far, only elevated everything in which he appears. The same is true for “Son of Monarchs,” an ambitious effort that’s ultimately worth the frustration of its lesser moments.