There was never any doubt that Steven Spielberg’s “West Side Story” would be a good movie. When it was first reported that Spielberg would be collaborating with Stephen Sondheim and Tony Kushner to remake the most influential musical movie of all time, its brilliance felt more like an impending inevitability. What kept hearts racing in anticipation wasn’t just what Spielberg would or could do with the material, but how he planned to modernize elements of the original that, at best, could be described as “of their time.”

That isn’t to say Robert Wise and Jerome Robbins’ 1961 original isn’t a relevant example of modernity. Their “West Side Story” is livelier and more inventive than a vast majority of what’s followed it for the last half century. However, the cultural debate that has raged on for that same half century was never the one Wise and Robbins intended to spark. Envisioned as an empathetic portrayal of two warring street factions – one white, the other Puerto Rican – the otherwise flawless film is often showered with praise marked by an asterisk for a culturally insensitive portrayal of its Puerto Rican characters, played mostly by white actors in brownface.

Despite Spielberg’s acknowledgement of these missteps and his ambitions to rectify them, his 21st century update is already arriving with a concerning amount of baggage. There’s the fact that 20-year-old New Jersey native Rachel Zegler, who plays Maria in her feature debut, is of Colombian descent when the character is, of course, Puerto Rican. There’s also the disturbing series of accusations against star Ansel Elgort that surfaced in June of last year. The horrifying stories that made their rounds on social media are impossible to ignore in the face of writer Tony Kushner’s reimagination of the film’s lead character, more clearly defined in Spielberg’s version as the murderous creep that he turns out to be.

It’s here that we circle back around to that key distinction: there was no doubt that Steven Spielberg’s “West Side Story” would be a good movie, but did it ever have a chance of being great? The short answer is, well, no. The colossal mistakes made in the casting process preclude “West Side Story” from fully accomplishing what it set out to do, which was to make a carefully considered and well-researched remake of “West Side Story” for audiences who are more attuned than ever to pointing out indignities based on cultural, ethnic and racial backgrounds. Not only that, the new film does bear some responsibility to examine the nature of Maria’s relationship with Tony and to consider the predatory nature of their brief but passionate love affair.

Unfortunately, it’s impossible to fully reckon with those ambitions in light of the film’s two leads. Ansel Elgort continues to turn in the same boring, monotonous performance that made him famous for reasons that have no logical explanation. His shallowness as an actor runs so deep, it threatens to spoil what is an otherwise enchanting performance from Rachel Zegler, who doesn’t dare waste a single moment of her momentous debut. The initial disappointment surrounding Zegler’s heritage may be hard to shake for some, especially in a film that stakes its claim on the extent of its cultural accuracy, but even the most skeptical naysayers can’t deny the plain and simple truth in front of them: Rachel Zegler is Maria. 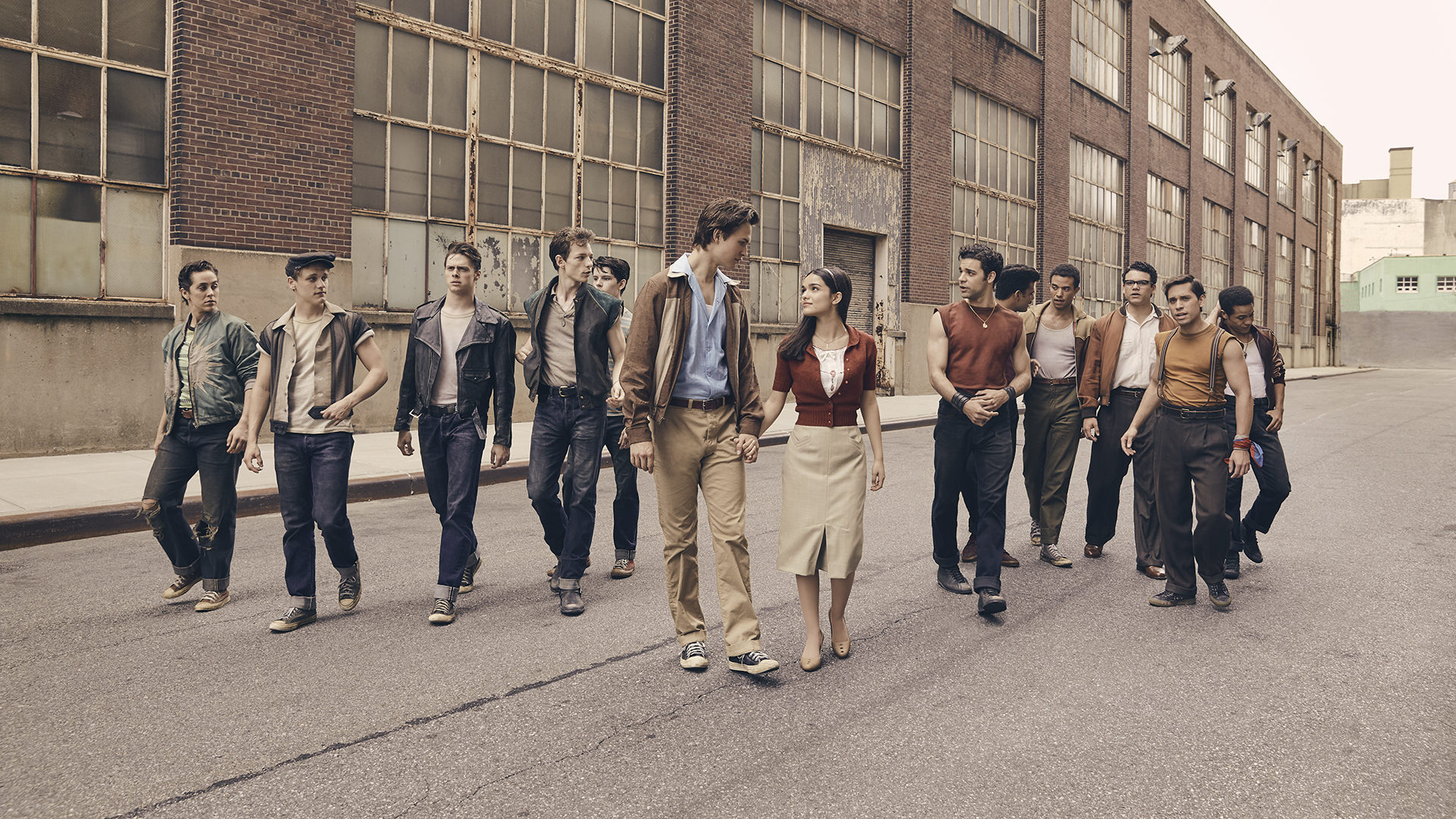 Thankfully, Spielberg stays true to the story’s Broadway roots and stages his remake as more of an ensemble piece, allowing Zegler to shine independently of Elgort while also taking the time to properly develop supporting characters like Anita (Ariana DeBose), Bernardo (David Alvarez)and Riff (Mike Faist) with a genuine empathy and fascination that’s mostly absent from the original film. “West Side Story” is at its best when it strays from the Shakespearean romance that inspired it and instead focuses on the tapestry of multiculturalism and shifting social norms that characterize the mid-century Americana the film so lovingly dissects. The decision to leave conversations in Spanish unsubtitled is a particularly effective example of Spielberg’s ethos of the American melting pot and the quietly radical suggestion of the United States as being intrinsically tied to the Latin American diaspora.

But even in its headiest moments, the show must go on, and the supporting cast is revelatory across the board. As Riff, co-founder of the Jets and Tony’s right-hand man, Mike Faist gives the kind of star-making performance that reminds us what it means to actually watch a star-making performance. The Tony-nominated actor strikes the perfect balance between paying homage to an iconic character and finding a way to make him feel alive again. Faist reveals new depths within the character, embracing the unmistakably romantic elements of his relationship with Tony and ultimately deepening the jealousy that drives his conflict with Bernardo and the Sharks. David Alvarez offers a similarly nuanced performance as Bernardo, an up-and-coming boxer – and leader of the Sharks – who wrestles with his love for a country that doesn’t always love him back.

However, it’s Ariana DeBose who rises above as the true showstopper, picking up where Rita Moreno left off all those years ago and transforming Anita into an icon for a new generation. Her ability to effortlessly navigate the space between strength and vulnerability is nothing short of exhilarating. Rarely can a character be, all at once, larger-than-life and still achingly human, both of this world and above it. In a film that’s disappointingly light on emotional resonance, DeBose offers a commanding performance as the heart and soul of this production, and the impression she leaves is one that can’t soon be forgotten. 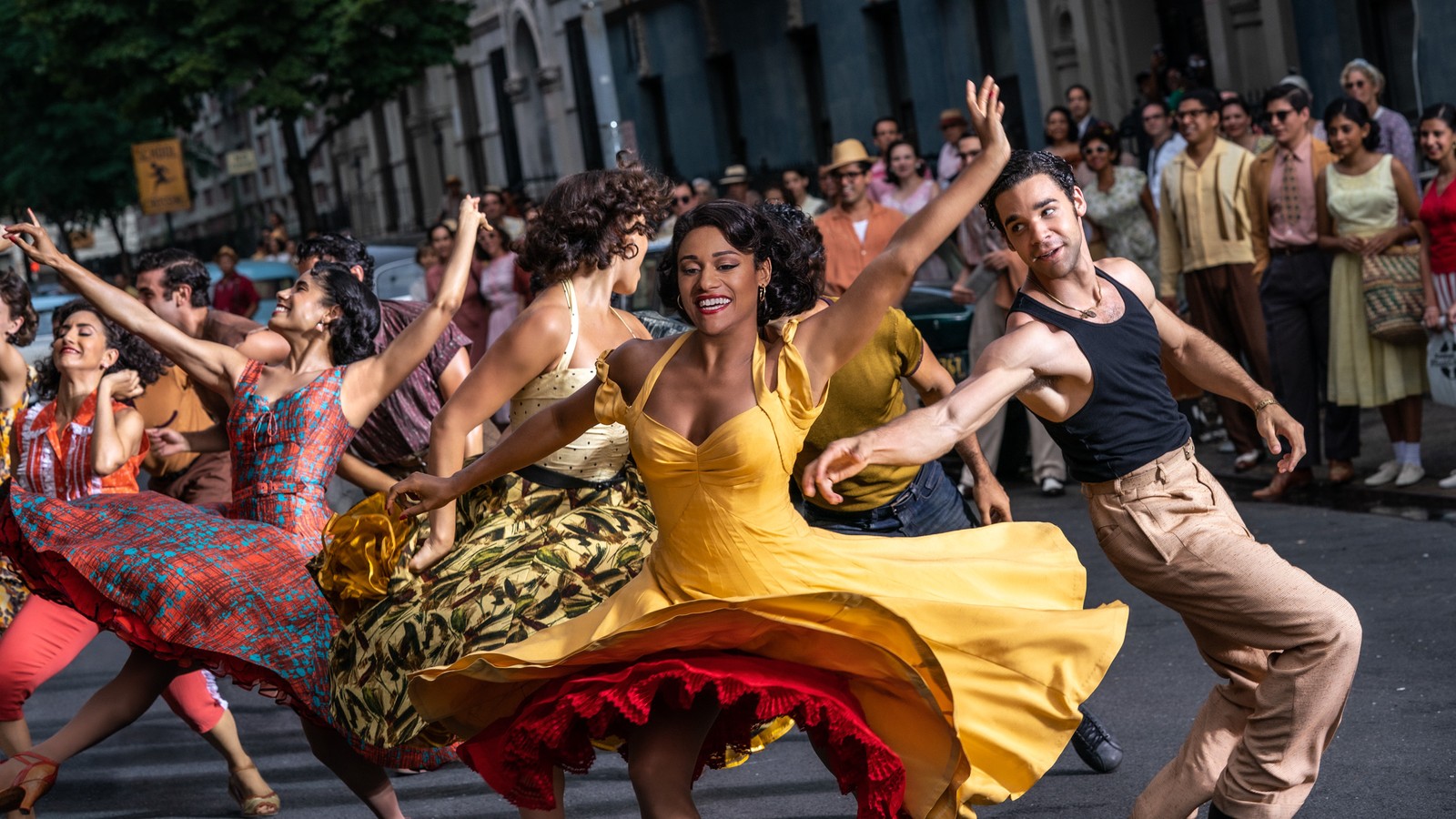 Even when Spielberg’s kid-in-a-candy-store approach to directing threatens to overshadow the precious few subtleties that give the story its resonance, “West Side Story” is a worthy, oftentimes breathtaking reimagination of the classic musical. In recontextualizing some of the show’s classic numbers – “Cool,” for instance, is brilliantly repurposed as a deconstruction of the dynamic between Riff and Tony – Spielberg and Kushner take a postmodernist lens to the era’s iconography, reinforcing the immortalization of “West Side Story” while reckoning with the consequences of that immortalization.

Spielberg is clearly in love with this world and the characters who inhabit it, sometimes to his own detriment, but this spirited rendition gives us some of the director’s most inspired work in years – one could write an entire term paper on the lens flares alone. What it lacks in raw emotionality, it mostly makes up for in pure and entrancing thrill. Where the “West Side Story” of 1961 was only able to gesture towards a greater relevance in American politics, Spielberg’s vision boldly paints this seemingly intimate conflict as a battle for the soul of the nation.