The popular Netflix show “The Umbrella Academy”— starring Aidan Gallagher, Emmy Raver-Lampman, Elliot Page, and more — returned with its third season on June 22. Based on the comic book by Gerard Way and Gabriel Bá, the series follows the seven adoptive children of Sir Reginald Hargreeves (Colm Feore). The Hargreeves are far from an average family: each sibling has a different superpower, and they work together to stop the forces of evil throughout time. Unfortunately, things don’t always go their way.

Season two ended in a cliffhanger. The siblings of the Umbrella Academy return to the present after putting a stop to the 1963 doomsday, and after a brief celebration, realize that their father has replaced them with a new group of superhero siblings called the Sparrow Academy. Throughout season three, however, the Sparrows — which Netflix describes as “smart, stylish, and about as warm as a sea of icebergs”— become the least of the Umbrellas’ problems.

LATINA spoke to “The Umbrella Academy” stars David Castañeda and Genesis Rodriguez on Zoom. They discussed their love of family, their Latin roots, and their experience being on the set of season three. Both commented on their surprise at the dance numbers from this season. “It’s not every day that you can go to work and dance,” shared Rodriguez. 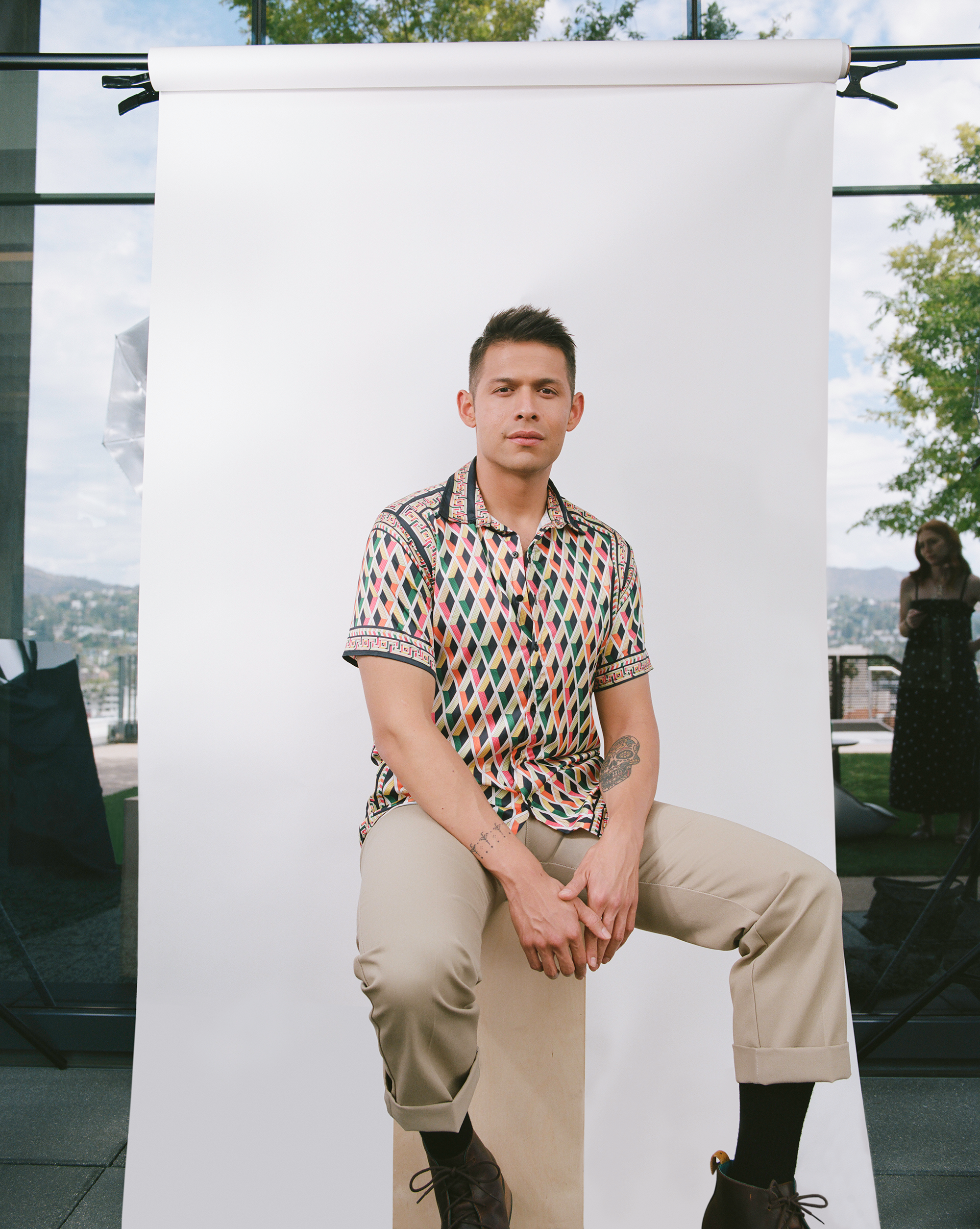 Superpower of choice: Cleaning all the water

If he could travel in time he would visit: his great-grandfather “to see if the fable matches the story”

If he could save the world he would: Do it with a smile on his face

Castañeda returned to the show as Diego Hargreeves, one of the seven original members of the Umbrella Academy. Unlike his rebellious, knife-throwing character, Castañeda is sensitive and believes that “You don’t always have to be the strong one. You don’t always have to get it right.” He is grateful that in this season he was able to imbue some of those qualities into Diego.

Despite their differences, Castañeda also feels he has a lot in common with Diego, including his love for his family, ambition, and dexterity with knives.

“When it comes to family you have a sense of having a higher purpose,” said Castañeda, discussing his childhood in Sinaloa, Mexico. Even though he was born to Mexican immigrants in the U.S, Castañeda moved to Sinaloa with his parents when he was seven years old. Like his character, he always got involved in his family’s ventures. He remembers being very involved in his parents’ goodwill store and burger restaurant. 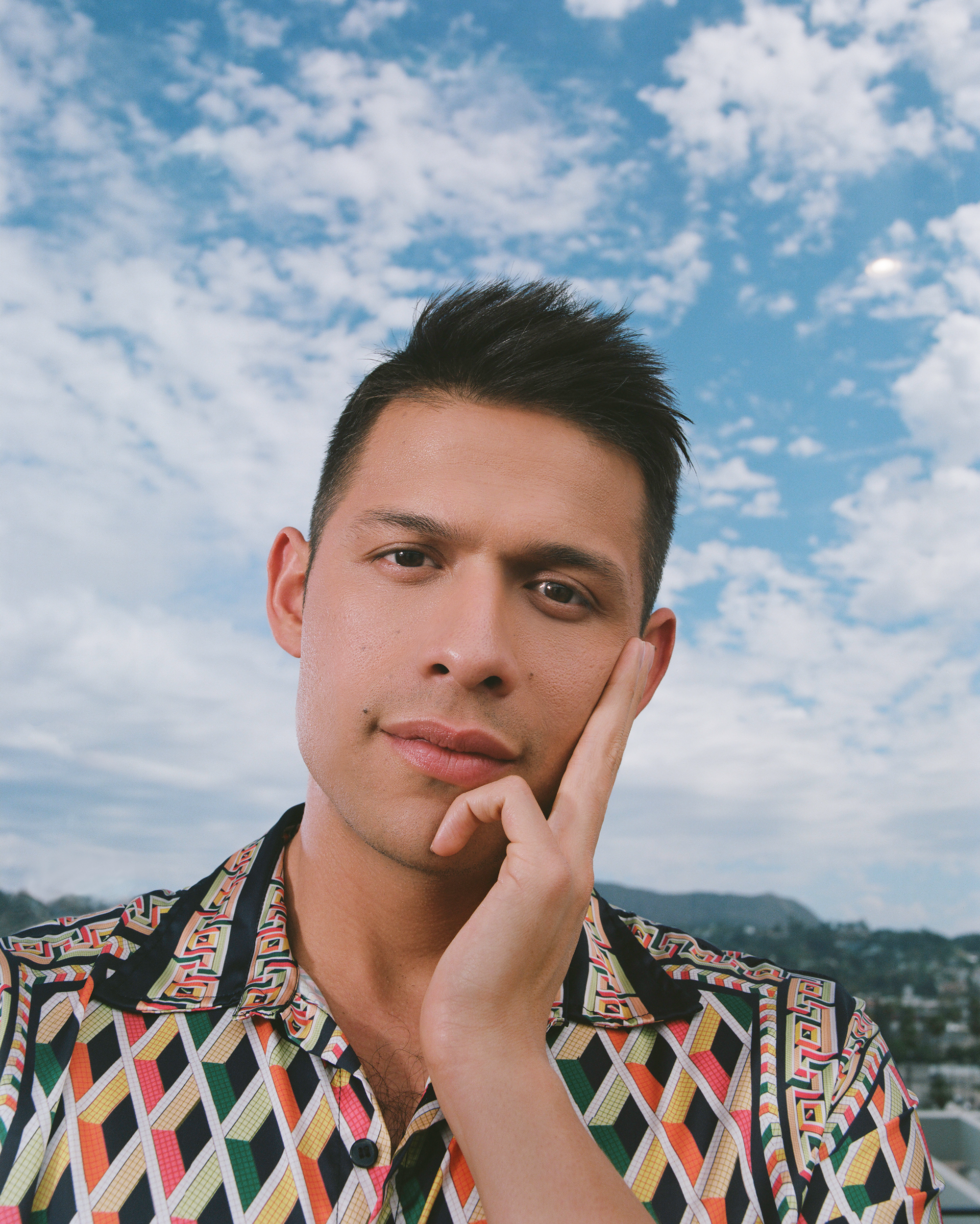 Like Diego, Castañeda knows that “The cloud of the family really can be a good thing, but it also can numb you from what you really really really wanna do.” Luckily, he has been able to pursue his passion for acting and his ambition for re-defining the Mexican man on and off the screen.

In his future roles, Castañeda wants to tear down the stereotype that Mexican men have to be macho and show that “It’s okay to be vulnerable.” Offscreen, he is an ambassador of Refùgio 343, an organization that helps displaced families from Venezuela in Brazil.

The last similarity Castañeda shares with Diego is his ability to work with knives. From the age of eight or nine, Castañeda’s father taught him how to filet fish and cut tomatoes. Unlike Diego, he does not use his knife skills on other people. But, “Cutting up tomatoes is really hard… you’ll just squish them up like purée,” he remarked, laughing. 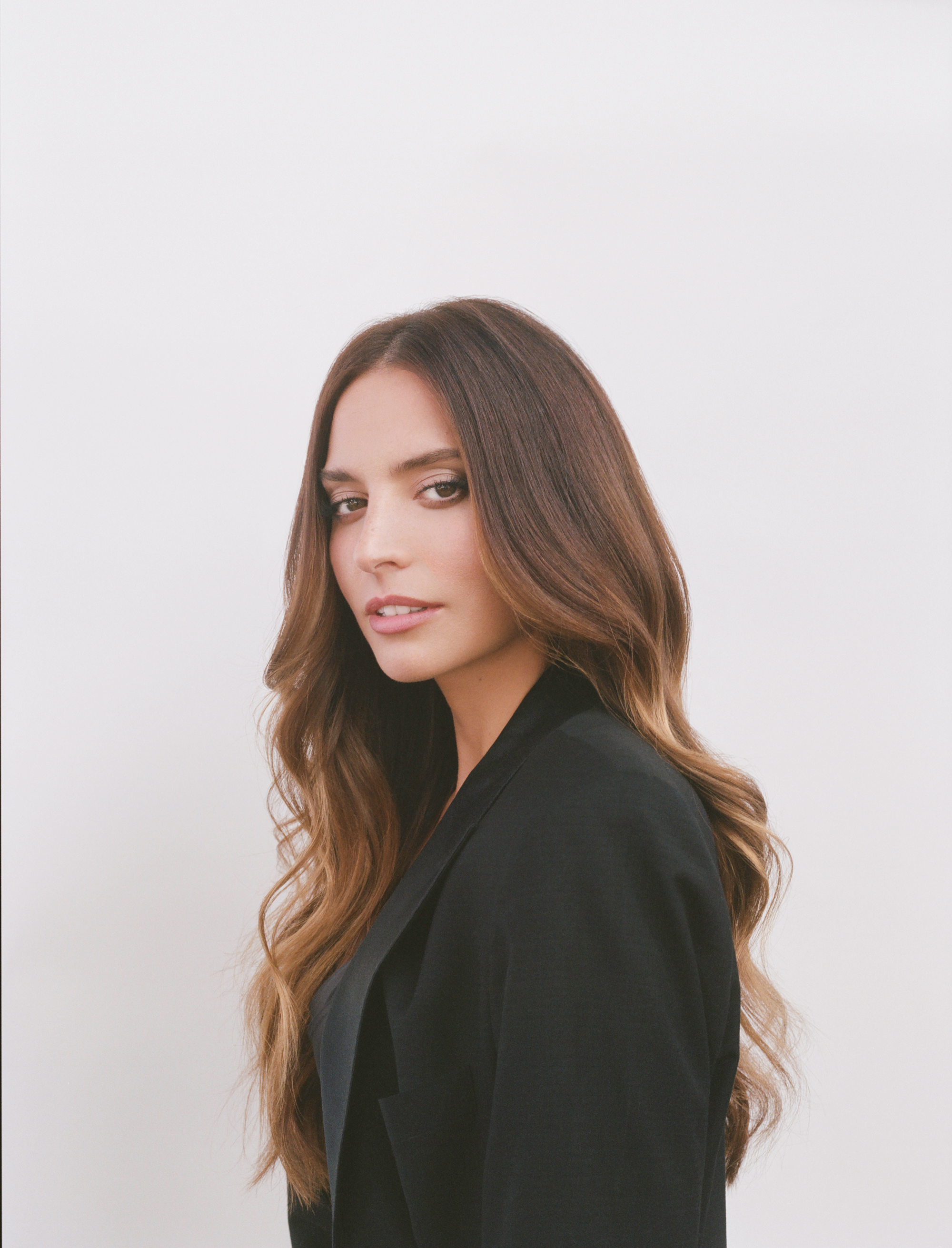 Superpower of choice: Speaking any language

If she could travel in time she would visit: The future: “just to see if we’re gonna make it.”

If she could save the world she would: “Figure this global warming thing out.”

Latina also spoke to Genesis Rodriguez, who plays Sloane Hargreeves — one of the Sparrows. Even though this is her first season on the show, Rodriguez felt that the cast openly welcomed her and the other Sparrows onto the show. “I came into a family and I had the best time ever,” she said.

Both Sloane and Rodriguez are passionate about family. Growing up with two famous parents — Rodriguez’s father is Venezuelan singer “El Puma” and her mom is a Cuban supermodel — Rodriguez is familiar with the tension that the spotlight can create. She understands what it is like to have many talented people under one roof. Rodriguez loved waking up to her dad practicing singing exercises — albeit she would have preferred he not do them at 8 AM. Nevertheless, she also got jealous when she had to share her father’s attention at restaurants or at the movies. Rodriguez likes that “The Umbrella Academy” portrays a far-from-perfect family and hopes it can “help people with the dysfunction within their families.” 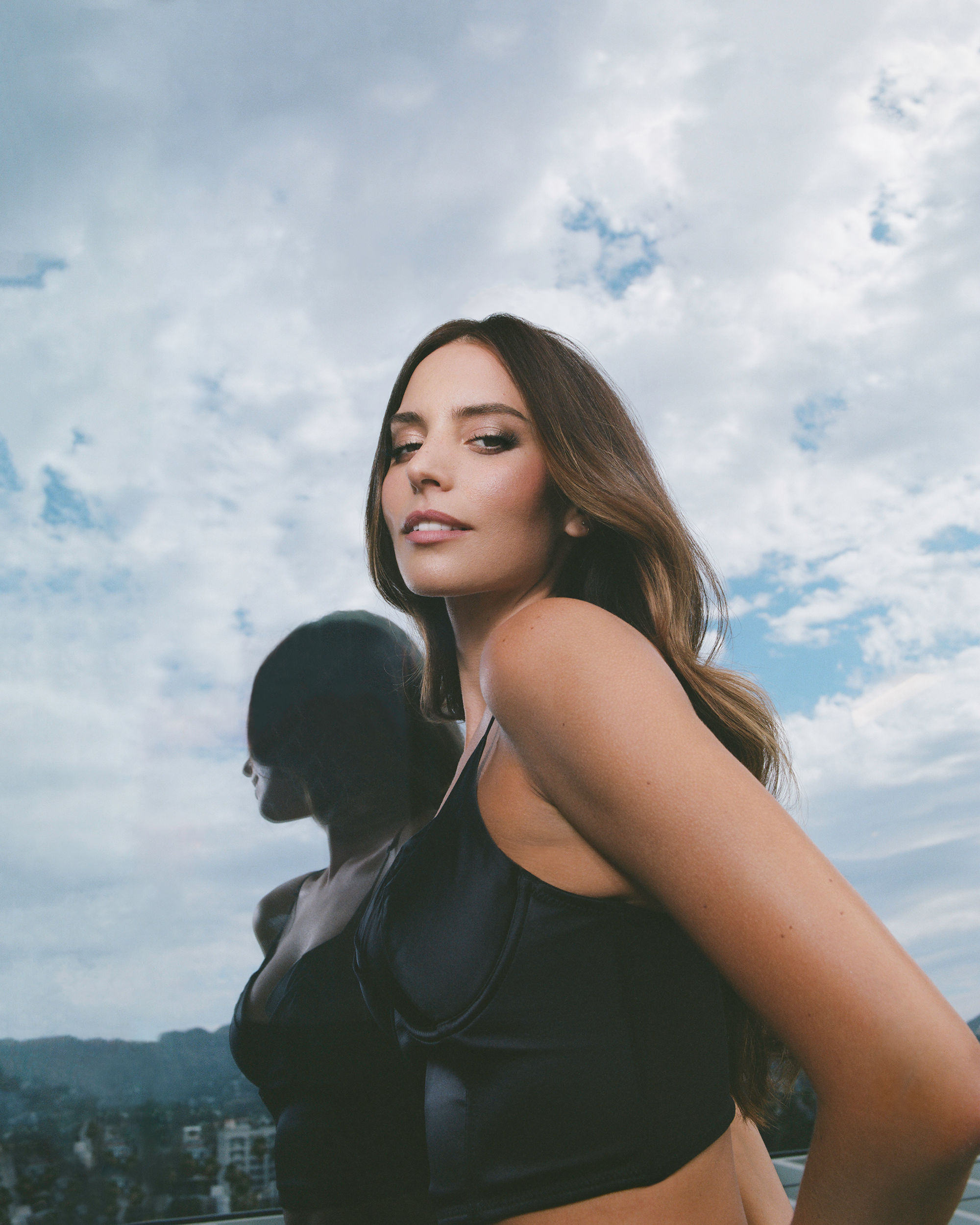 Rodriguez is excited to share Sloane with fans. She wants viewers to love this gravity-controlling character as much as she does, not only because “she’s so cute” but also because Sloane projects hope and invites other people to dream.

Rodriguez, like Sloane, considers herself a dreamer. She believes we are lost without hope and that “You’ve gotta keep dreaming, always.” For her, landing the role of Sloane was a dream in and of itself, “I always dreamt about being a superhero,” she said.

As fans get to know her, Rodriguez hopes they’ll see her as a bilingual actress who is proud of her Latin roots. Even though she has a very strong, Latin personality — “Yo tengo un carácter Latino,” she says while laughing — she wants to break the boxes and stereotypes Hollywood often places on Latinx characters. Rodriguez wants to portray so many different roles that eventually, audiences realize that any character can be Latino. “I want Latina to be synonymous with everyone,” she said. 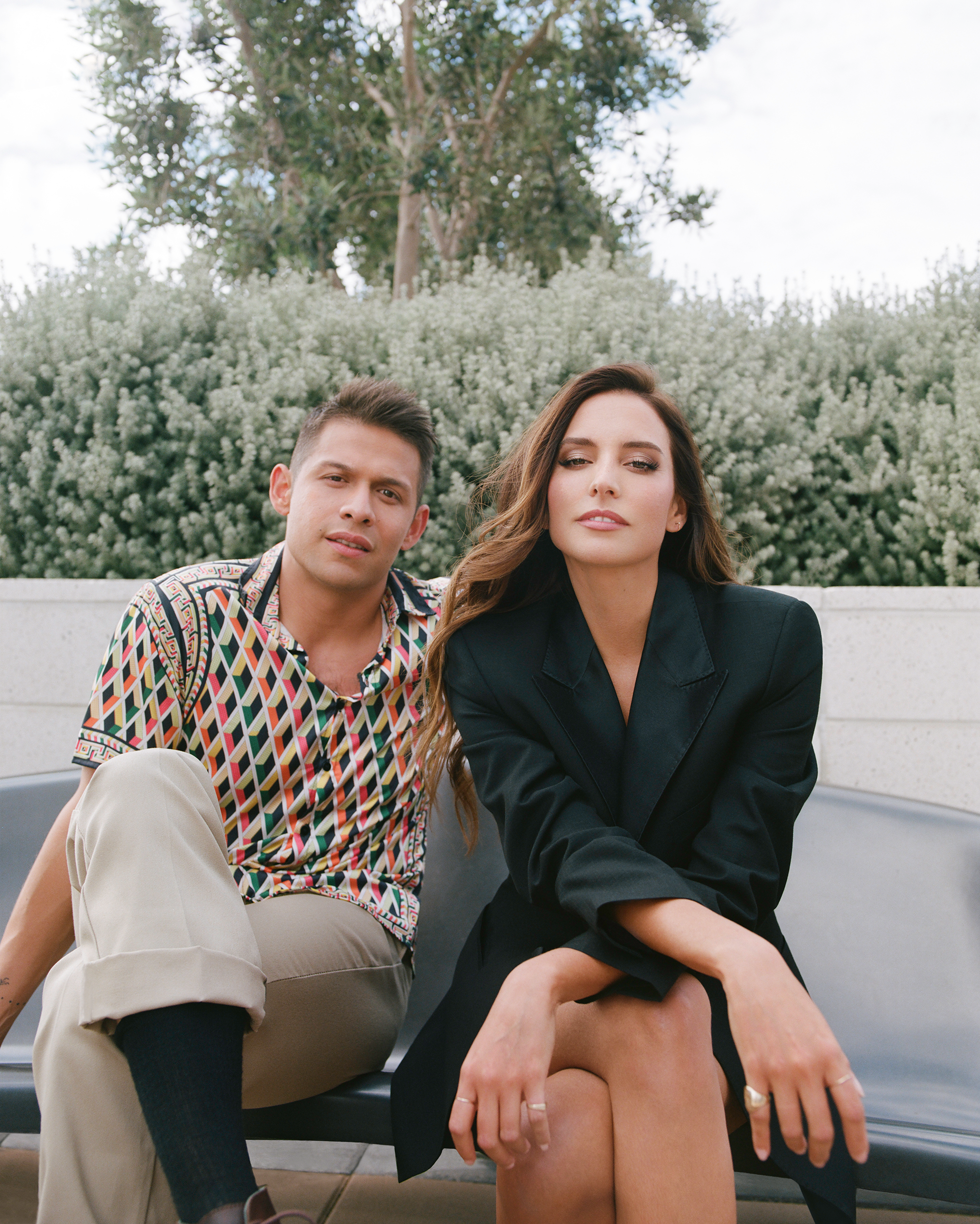