The History of Lube

From seaweed to olive oil, all the things humans used to get it on.

Studies have proved that the best sexual interactions are often accompanied by lube. Looking back at its history, lubricants have been used around the world for 1000’s of years. In the early days, there was an array of creative lubricants used by different cultures and countries. Two of the first known homemade lubricants were the Greeks with their use of olive oil, and the Japanese with their innovative smashed up yams. While it has become increasingly popular throughout the years, it’s certainly not a new item.

Here’s our timeline detailing the long history of personal lubricant.

In ancient China, carrageenan from seaweed was first used in foods and medicines for its thickening properties. This gelatinous substance was made by boiling red seaweed into a thick, slippery, and water-soluble liquid. Naturally, these properties made it serve as an excellent lubricant. Researchers estimate that people in Japan, Korea, and China used this to moisturize and stimulate tissue for well over a thousand years. Carrageenan is still used today as an ingredient in foods, beauty products, lubricated condoms, and lubricants.

The earliest known use of personal lubricant dates back to the ancient Greeks and Romans who anointed themselves with olive oil as a sexual aid. These cultures developed beyond their hunter-gatherer ancestors and had time to focus on things like agriculture, philosophy, and even sex. As a result, olive oil (and other vegetable oils) were widely available and used for many applications. Historically, Ancient Greeks were described as sex-positive and were very accepting and open to male homosexuality. When sex was focused in areas that don’t naturally provide lubrication, ancient Greek innovation provided a solution: the origin of lube.

The earliest documented references to saliva as a personal lubricant were penned in an 18th-century compendium of Chinese jokes.

Robert Chesebrough patented the first petroleum jelly, a petrol by-product that he called Vaseline, in 1872. Although it wasn’t intended for sex, it became a popular lube choice by the mid-1900s because it’s a thick compound with waterproof properties. In the late 19th century, chemist Frederic Kipping pioneered the study of a polymer that revolutionized many manufacturing industries and made one of the largest scientific contributions to modern lubricant. He called this polymer silicone.

The first commercial production of lube came in 1904 when K-Y Jelly was sold as a “surgical aid.” Consumers quickly discovered its usefulness in the bedroom, and due to its popularity, a non-sterile version was on store shelves later that year. By 1917 K-Y Jelly was introduced and specifically marketed as a personal lubricant, but it remained available by prescription only until 1980. In 1911, Crisco was the first hydrogenated oil widely available and it quickly gained popularity for those who wanted an alternative to liquid oils due to its thickness and viscosity.

In the 1970s a popular women’s health and sexuality book titled “Our Bodies, Ourselves” made mention of personal lubricant in its pages. By 1975, mail-order catalogs with personal lubricant became available in small quantities but still with few options.

By the end of the 1980’s, lubricant became available in some drugstores in America and Europe, but it didn’t break into mainstream culture until the 1990s when many consumers began to use it for more than just a medical product. Cream lubricant also gained popularity in the early to mid-1990’s as an alternative to water-based lubricants. Cream lubes were able to avoid the sticky or tacky feeling of water-based lubes, which was the primary complaint for those products.

By the 2000’s, many various lubricants and new brands were created with a multitude of options available. Specialty lubricants also became a thing during this decade, which offered new things such as tingling, warming, desensitizing, flavoring, and cooling. As the availability of lube began to shift, so did the attitudes towards the use of the product. In the 2000s, the first people even began speaking about the product in a less taboo manner with an understanding that lube can actually make good sex even better. 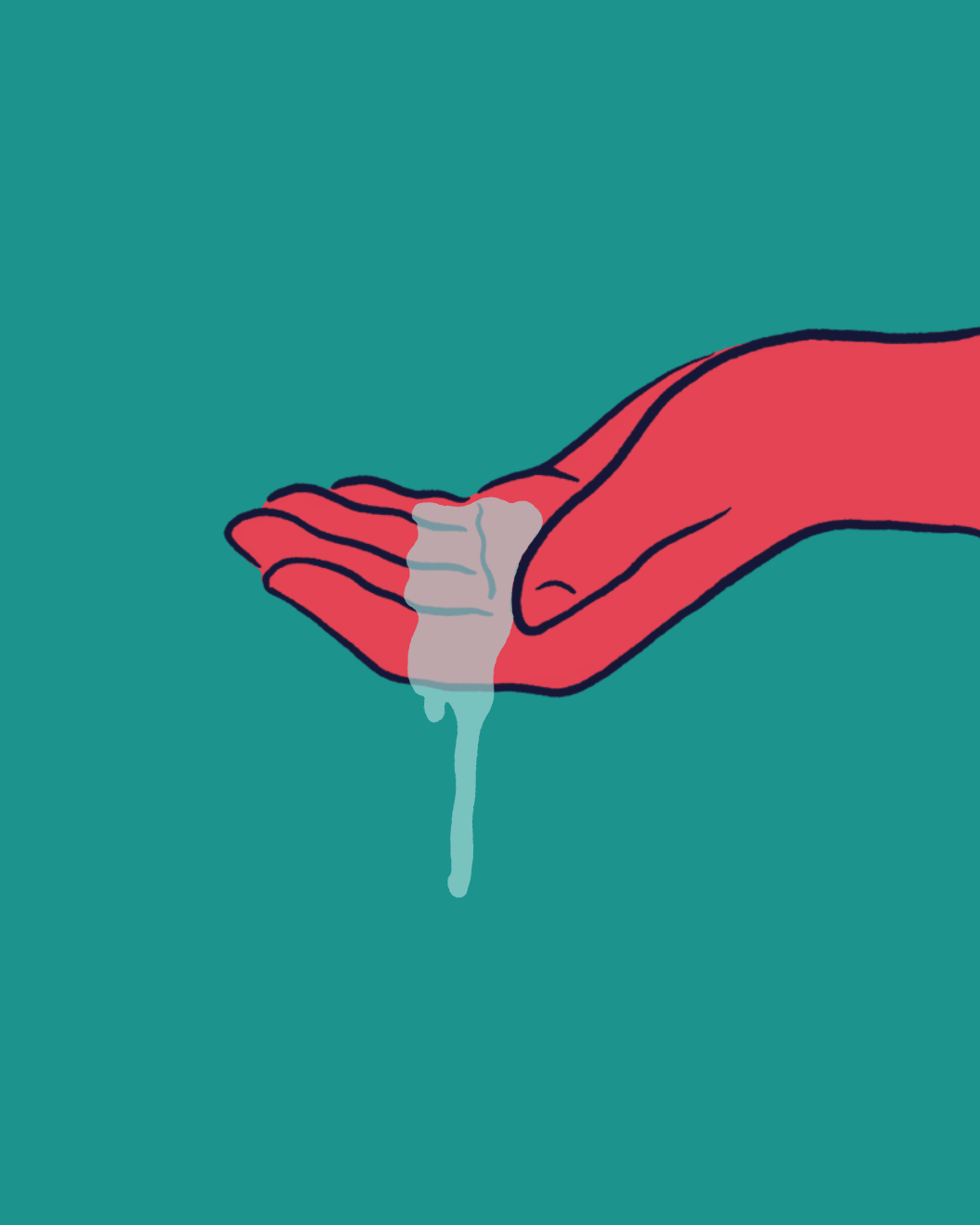 Today’s modern lubricants are much safer than those early versions, and it’s become a topic that’s more openly discussed with better understanding around the product and its uses. There have been major advances since those early first lubricants, though the idea behind them has always been to enhance and allow people to enjoy sex.

maude and Latina are working together to inform and educate Latinx communities on sexual wellness and health. Founded by Eva Goicochea, maude is a modern sexual wellness company built on quality, simplicity and inclusivity, on a mission to make intimacy better—for all people.