Life expectancy in the United States fell 1.5 years in 2020, and declined even more for members of the Latinx community, according to a recent report by the Centers for Disease Control and Prevention. 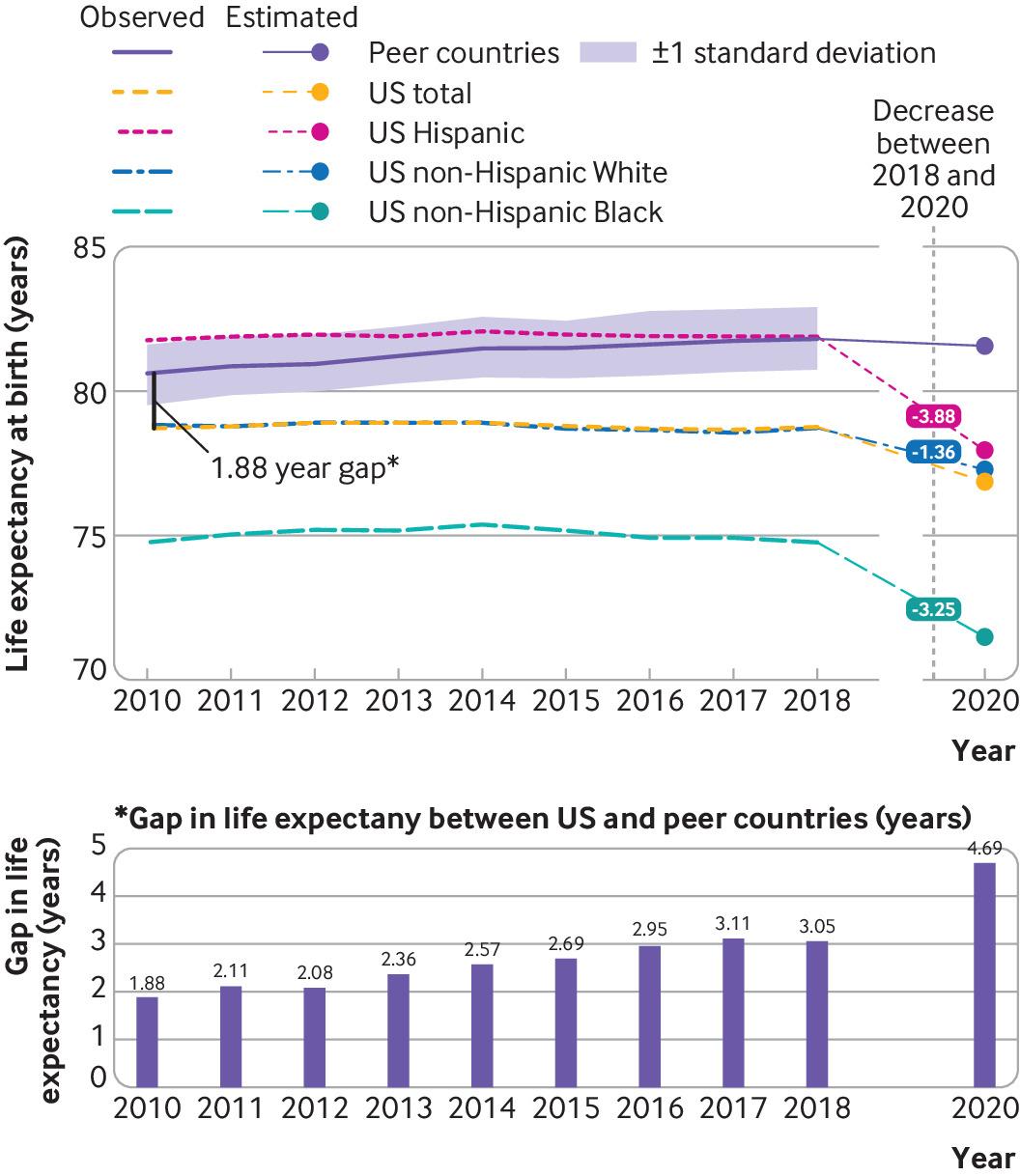 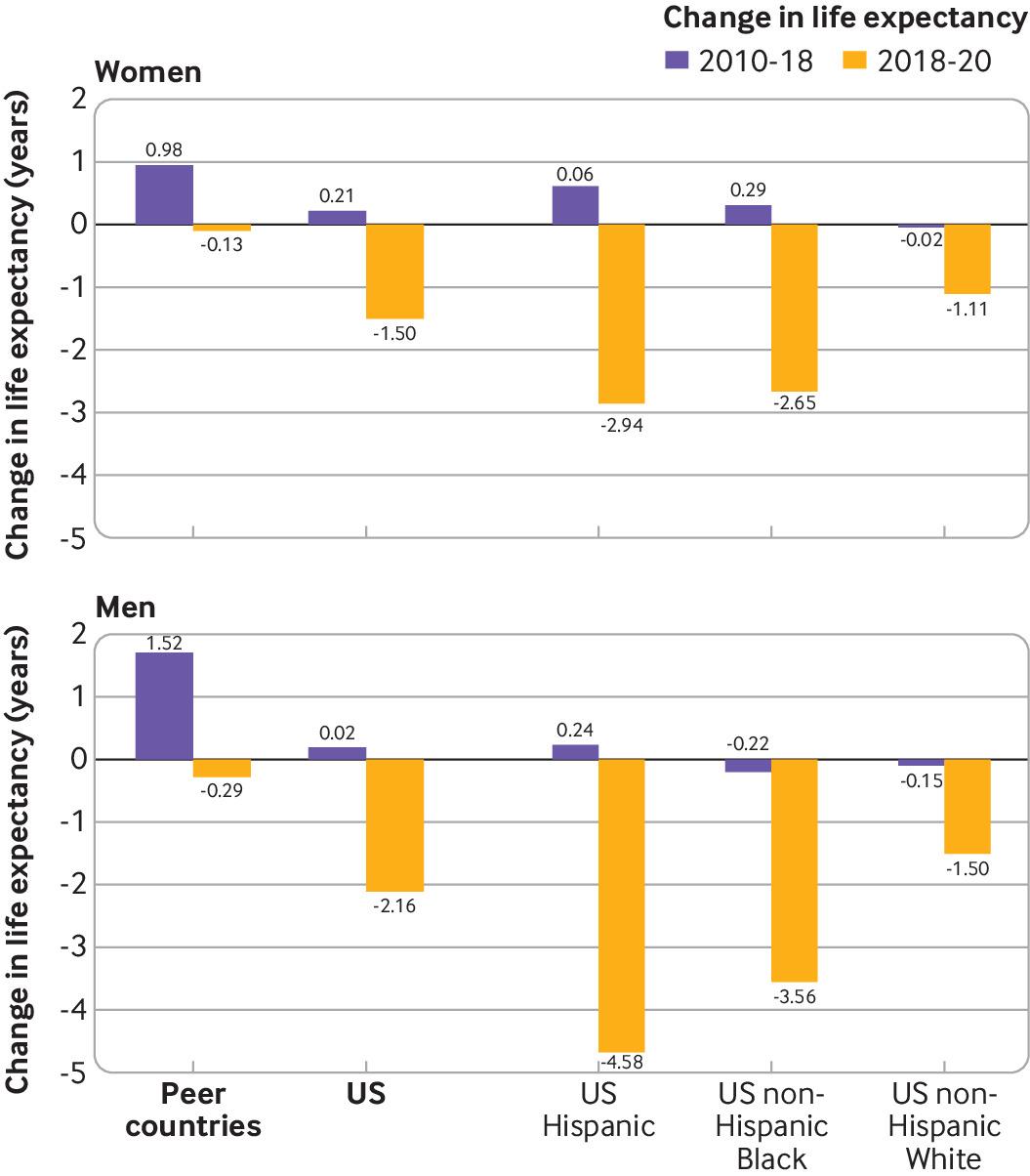 “Systemic racism and other forms of discrimination in America place Black and brown people at higher risk for disease and erect barriers to better health and health care,” Dr. Woolf said. 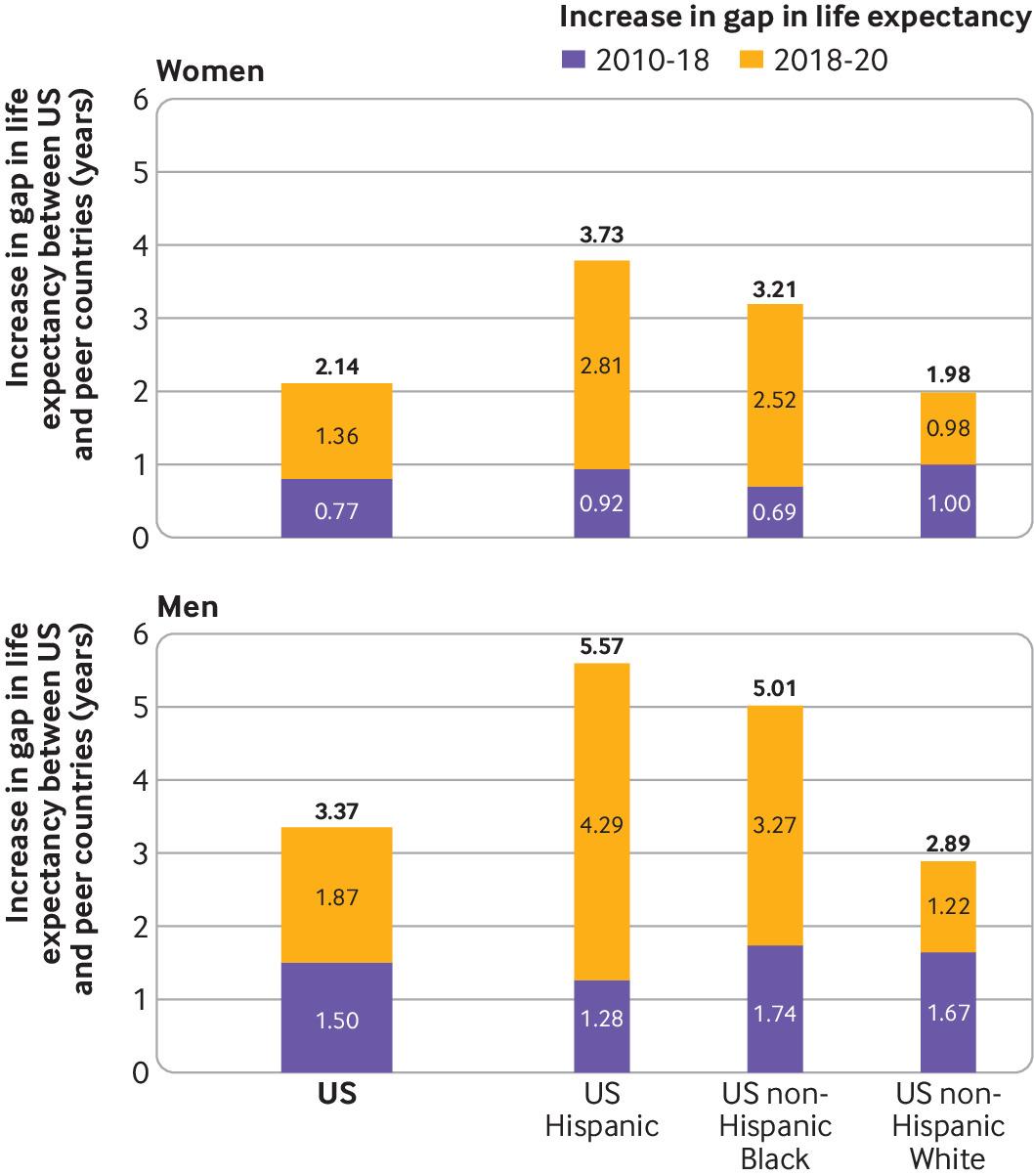 “That advantage has begun to dissipate in recent years and was non-existent during the COVID-19 pandemic. Hispanic patients were at far greater risk of dying from COVID-19 than white patients,” Dr. Woolf said. “We have structures and policies in our society that systematically block the doors of opportunity and good health for Black and brown people. Until we take down those barriers, and address the systemic biases behind them, I fear the disparities will persist.”

Life expectancy isn’t a prediction of how long we expect a baby to live but rather an estimate of the mortality rate for a specific year. “The plunge in life expectancy that we report for 2020 is not a prediction of what will happen in future years but an indication of how death rates skyrocketed during 2020,” Dr. Woolf said. He considers it urgent to address the decline in life expectancy, otherwise Americans will be dying at higher rates than people in other developed countries. “It’s never too late,” he said. “Today’s children can live longer if we act, and tomorrow’s adults will be more productive and healthier.”

All tables and charts taken from: Effect of the covid-19 pandemic in 2020 on life expectancy across populations in the USA and other high income countries: simulations of provisional mortality data. BMJ 2021; 373:n1343.