Your Winter Guide to Latinx Art in LA

Art has always been an anchor through difficult times. So while the uncertainty of the pandemic continues, let art be your respite. Here are seven thought-provoking exhibitions in Los Angeles bringing traditionally excluded Latinx narratives to the forefront. 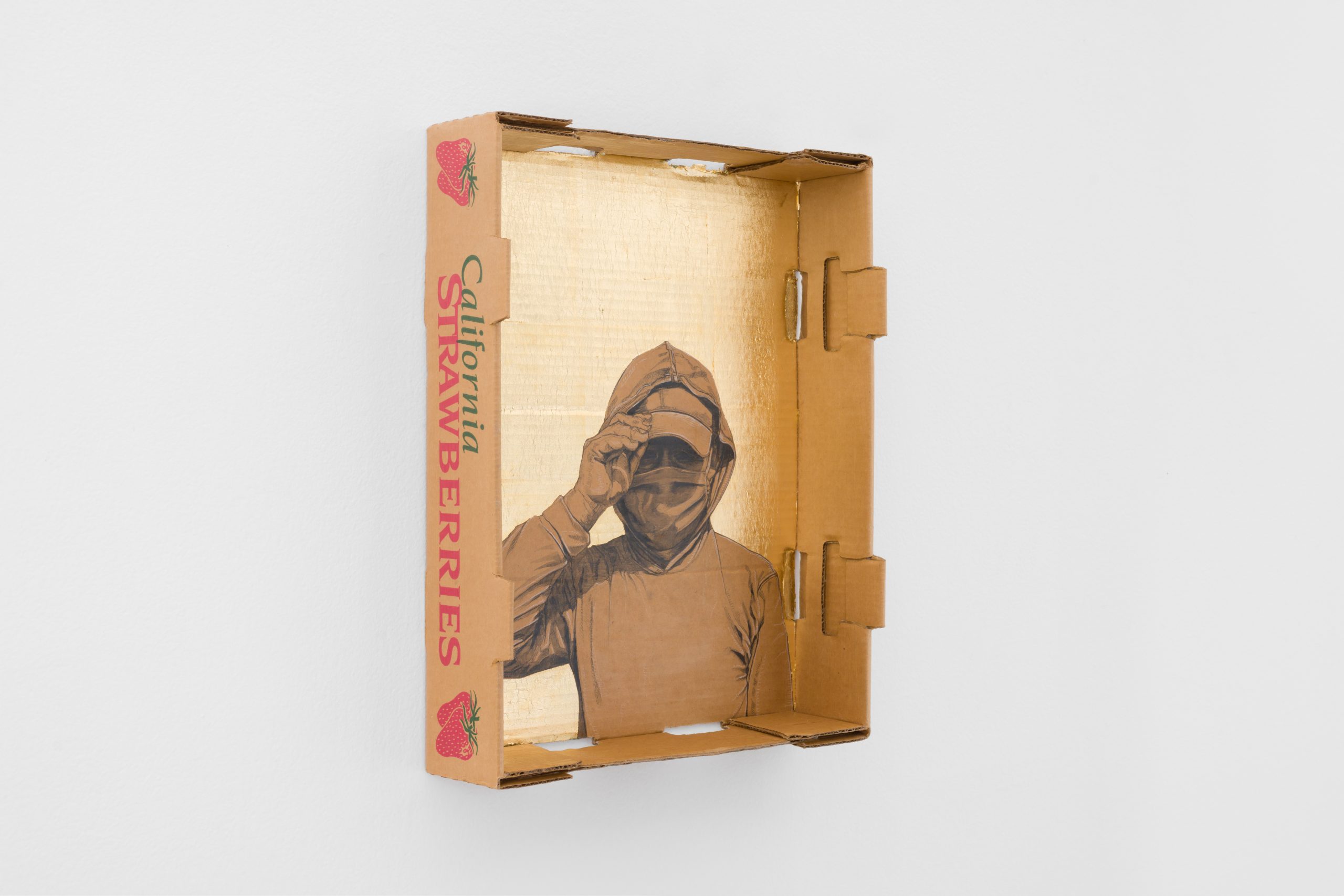 LA-based artist Narsiso Martinez draws on his lived experience as an immigrant and a farmworker. In “Tender Leaves,” Martinez produces a new series of portraits and his most ambitious sculpture to date from discarded produce boxes. The juxtaposition of his mixed-media works on the stark white gallery walls impels the viewer/consumer to confront the often unseen reality behind our food system. 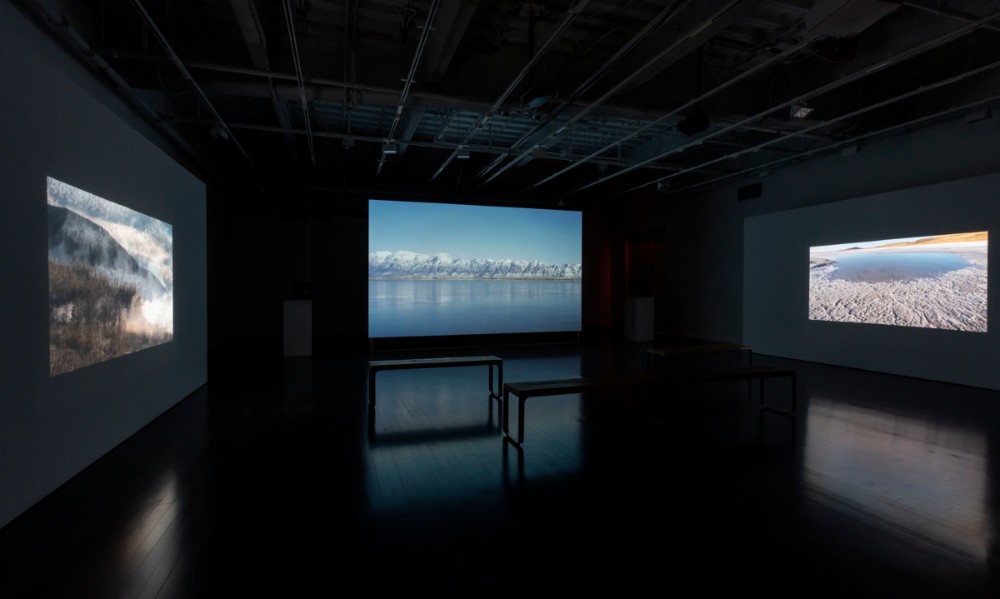 “Liquid Light” is a multimedia immersive installation and research project by artists Javier Tapia and Camilo Ontiveros, where water is the protagonist in a narrative of abundance and scarcity. The exhibition is anchored by a serene and often meditative film that follows water’s journey from across the US to Mexico, underscoring the geopolitics of the natural landscape. 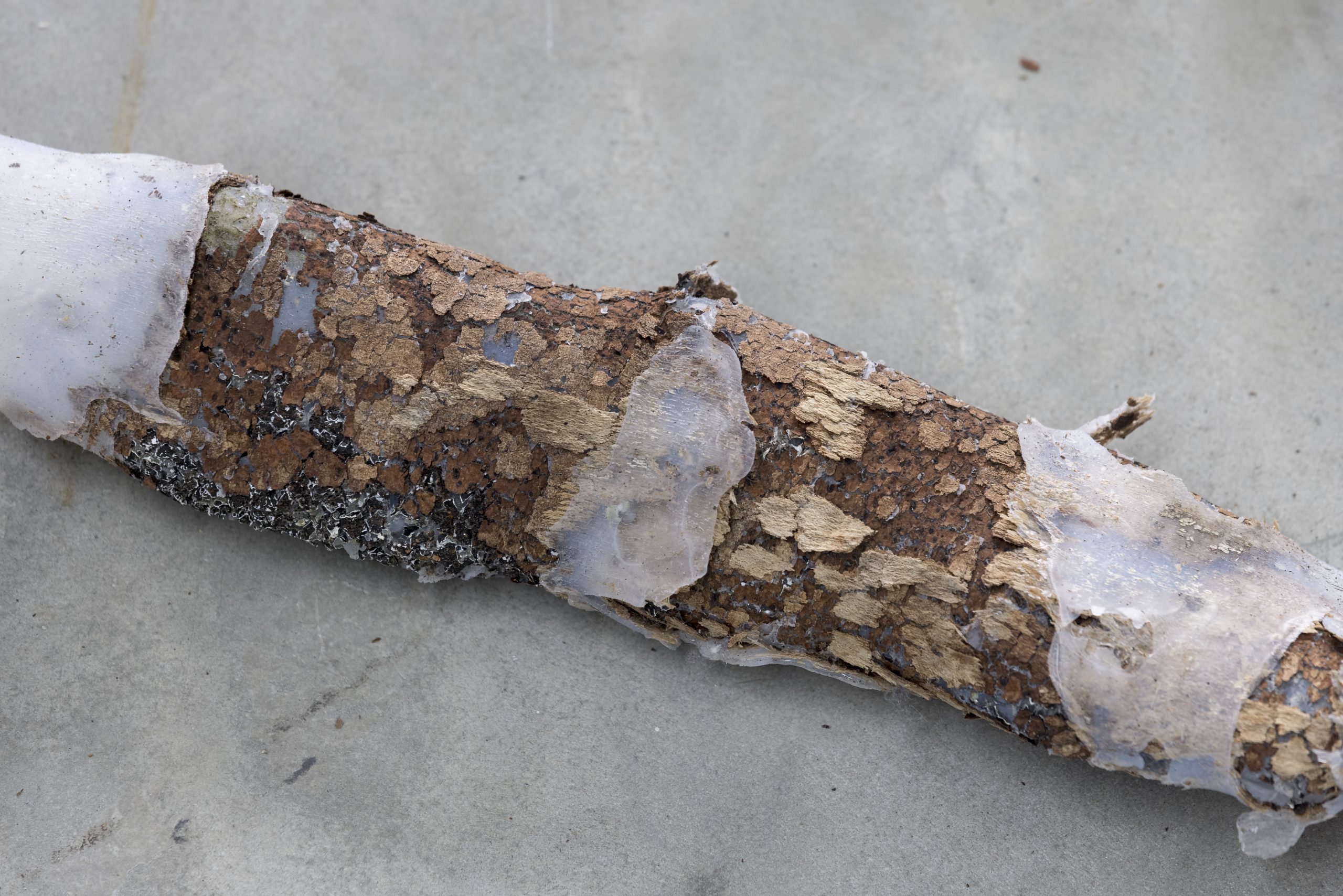 For Brazilian-born artist, Clarissa Tossin we cannot continue to ignore our role in environmental disaster. In her solo exhibition, Tossin meditates on the world we build and destroy through ubiquitous materialism. Works include a silicone tree corpse and weavings composed from Amazon delivery boxes that urge us to rethink the course ahead. 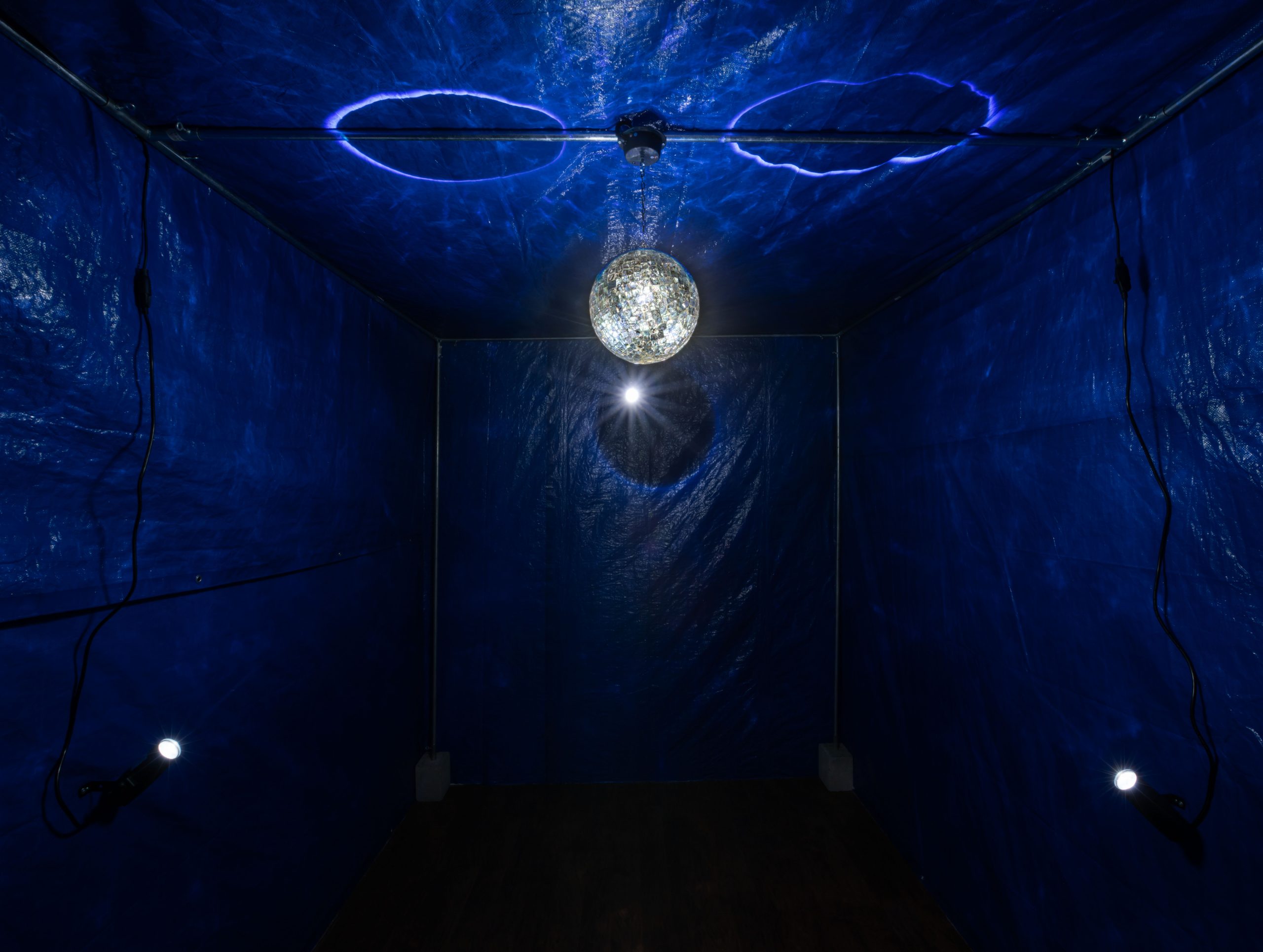 Artist Gary Garay’s latest exhibition centers on the effects of transglobal exchange on the livelihood of Baja California fishermen. Garay addresses a surge of black market abalone poaching that took hold of the peninsula by working with abandoned shells, found wood, and bricks. The pièce de résistance is a disco ball that slowly rotates, with four directional lights reflecting the mineral deposit of deep energetic forces from the ocean. 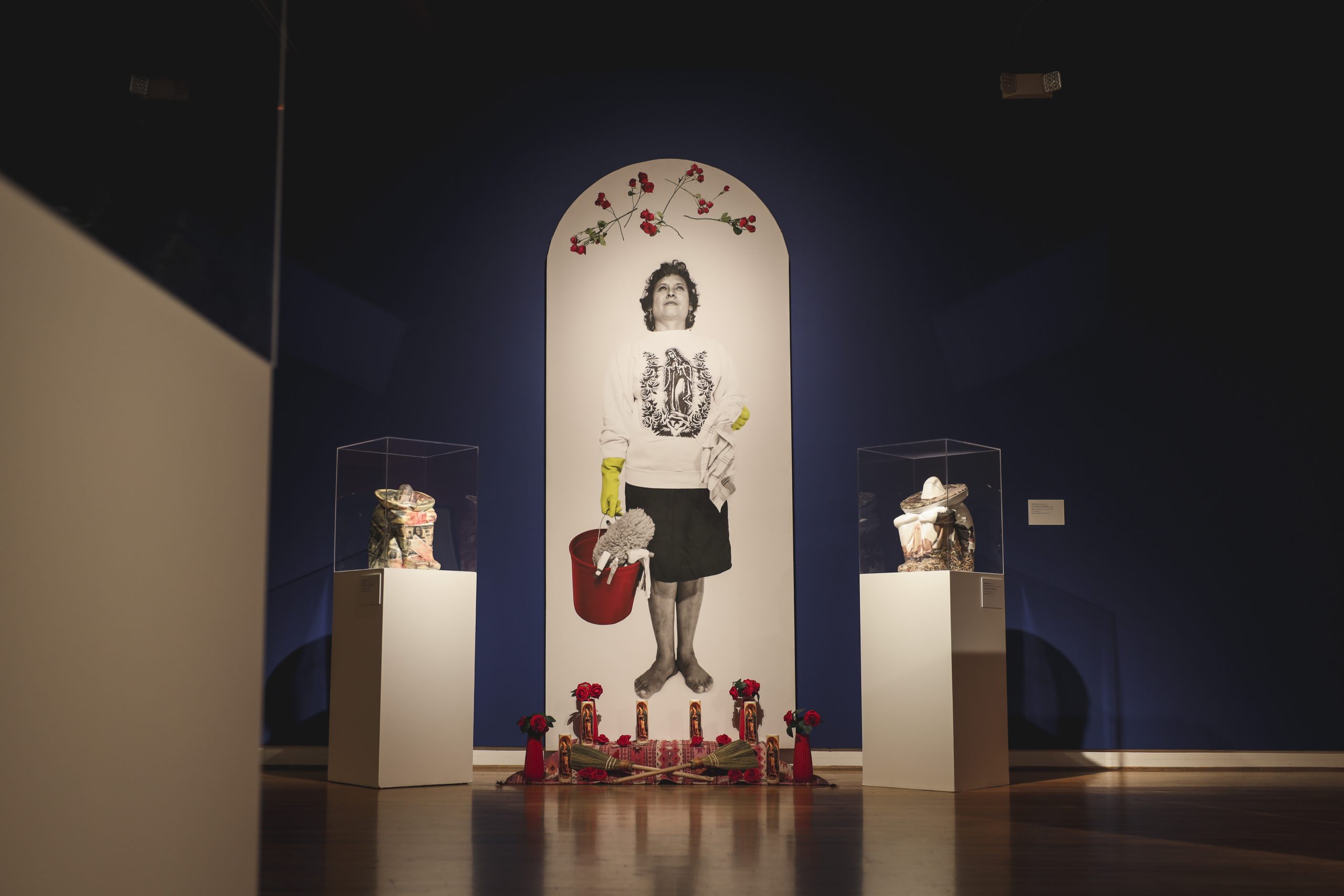 While Judy Baca has been included in major national group exhibitions, this is the first exhibition to examine the artist’s prolific 40-year career. A founding figure in Chicana feminist art and muralism, “Memorias de Nuestra Tierra” includes more than 110 works ranging from drawings, paintings, sculptures, and performance art to photography that embodies her mission to create sites of public memory. The show delves into three aspects of Baca’s artistic production: female power, public art, and a deep dive into Baca’s first masterpiece, the “Great Wall of Los Angeles.” 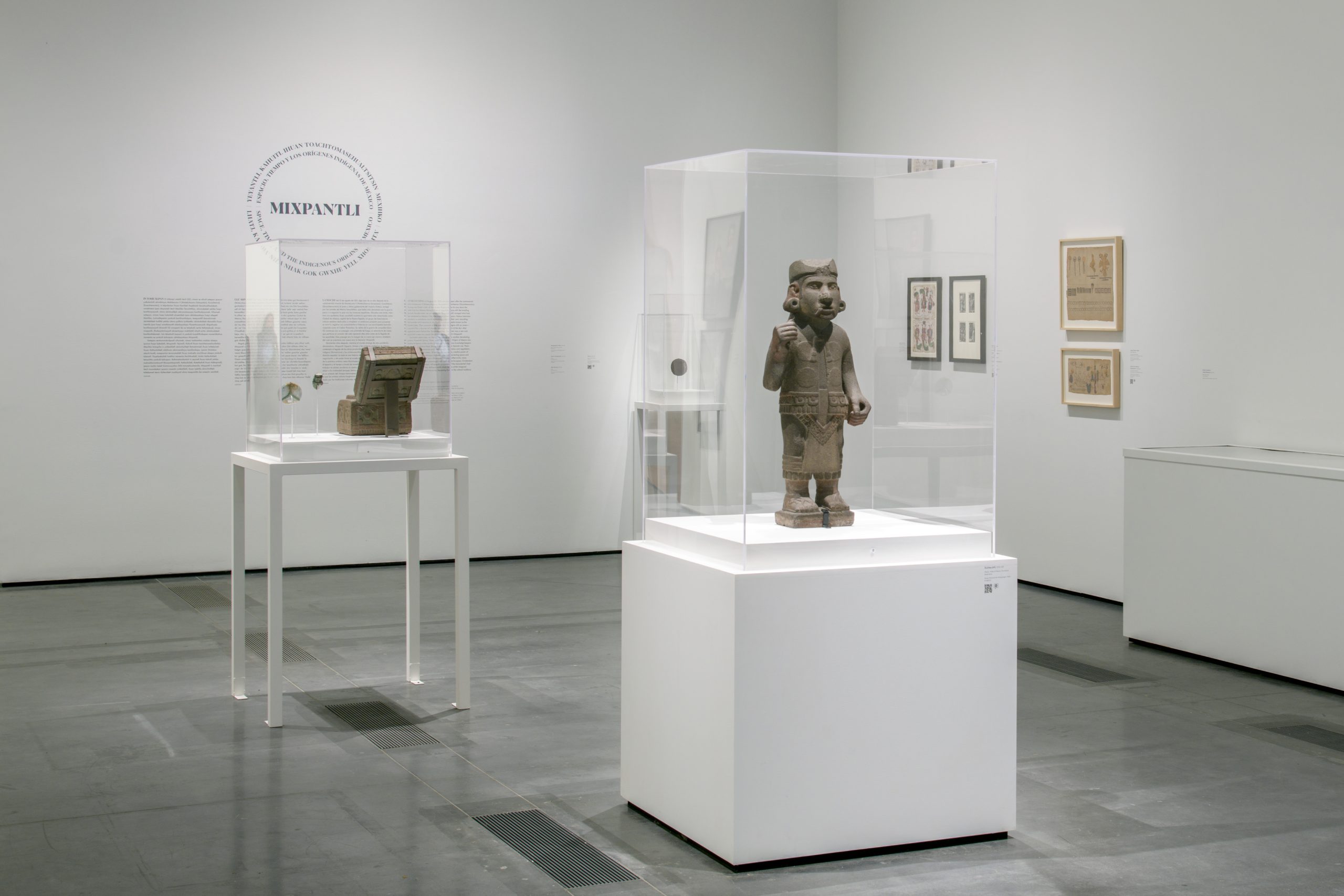 “Mixpantli: Space, Time, and the Indigenous Origins of Mexico”
Los Angeles County Museum of Art
Through May 1

In Nahua, “Mixpantli” means “banner of clouds” and reflects the efforts of the Aztec people to reorient time and space amidst impending change. Coinciding with the 500th anniversary of the fall of the Aztec capital Tenochtitlan, “Mixpantli” explores conquest from the perspective of Indigenous artists and knowledge-keepers. The thirty works, including maps by Indigenous cartographers, subvert traditional colonial tropes by emphasizing the centrality of the Nahua worldview in shaping Mexico. 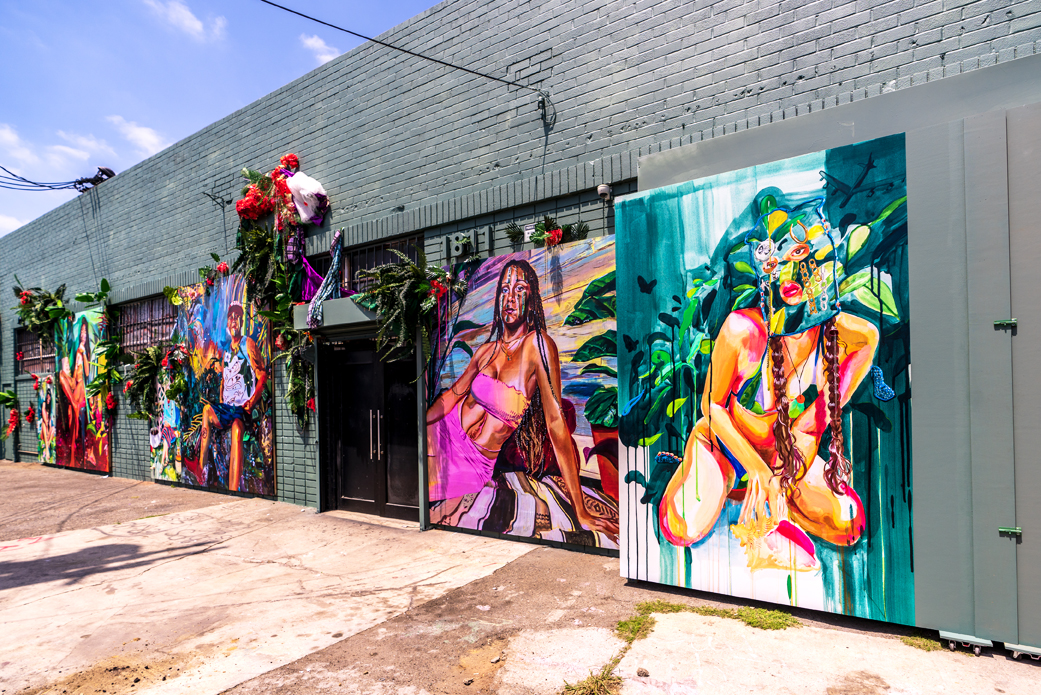 For years Gisela McDaniel, a diasporic Indigenous Chamorro artist, has utilized portraiture as a platform for healing. Her latest installation is a public mural and soundscape produced in collaboration with survivors of various forms of violence. The subjects of these textured portraits have control over their representation. The artist’s transfer of power and gaze privileges her subjects’ future possibilities rather than the burdens of their past.