“An experience unlike anything else,” is how former NASA astronaut Ellen Ochoa described being in space.

In 1993, Ochoa broke the astronautical glass ceiling by becoming the first Latina astronaut to go to space. She told LATINA that the views of Earth aboard STS-56/Space Shuttle Discovery were “even more vivid than what you can get from photos that astronauts bring back.” Since then, this Mexican-American pioneer has been a steadfast advocate for Latinas and minorities in the Science, Technology, Engineering, and Math, or STEM, fields. 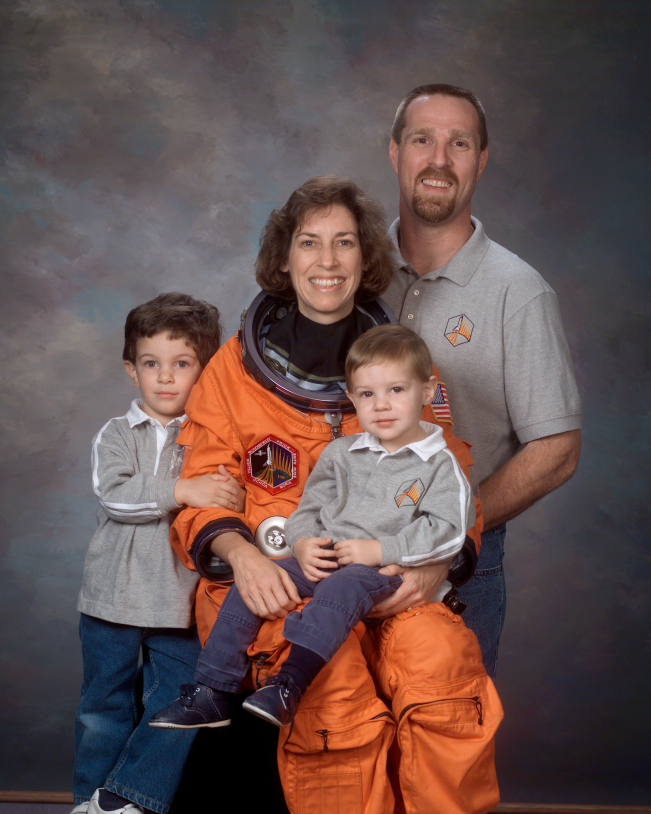 Ellen Ochoa and her family before STS 110 Space Shuttle Atlantis in 2002. Photograph courtesy of Ellen Ochoa.

Born in Los Angeles, California, in 1958, and raised in La Mesa, Ochoa went on to earn her bachelor’s degree in physics from San Diego State University in 1980 graduating Phi Beta Kappa. It wasn’t until she was in graduate school where she earned a master of science degree and a doctorate from Standford in 1981 and 1985, respectively, that she felt the calling to become an astronaut. As a doctoral student in electrical engineering, she witnessed the first flight of the space shuttle and, shortly after, the historic flight of Sally Ride. “That was a huge moment, the first American woman in space,” Ochoa said. It was a moment in time that would go on to shape her career path.

Ochoa joined the ranks of NASA in 1988 as a research engineer at the Ames Research Center: during which time she earned three patents for her innovative work with optical systems. In 1990, she was selected to be an astronaut and moved to the Johnson Space Center in Houston, Texas.. She joined NASA’s Astronaut Corps in 1991, paving the way for her monumental space flight in 1993. 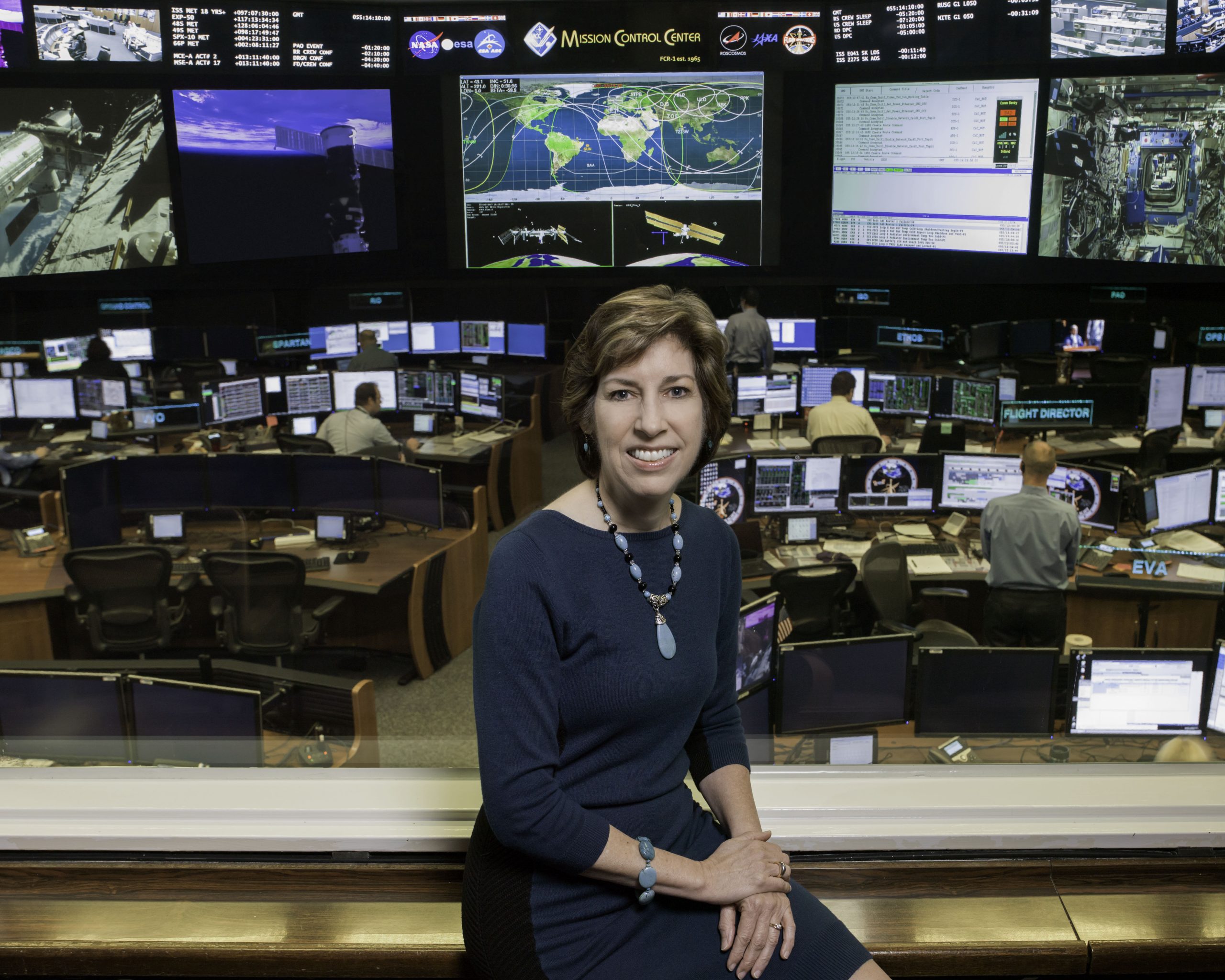 Her mission aboard the STS-96/Space Shuttle Discovery in ’99 was groundbreaking, as it was the first docking to the International Space Station (ISS).

This space trailblazer set another milestone as the first Hispanic and second female director of the Johnson Space Center (JSC) which she called, “A huge privilege.” She served as the 11th Director from January 2013 to May 2018, about which she said: “During the time I was director, we focused on finishing assembling the [ISS]. [After that], we focused on making it more productive and getting more science and technology experiments on board.”

Ochoa retired from spacecraft operations in 2007 and in 2018 she retired from federal service as Director of NASA’s JSC. Today, at 63, she lives in Boise, Idaho with her husband and two sons. While many know Ochoa as a veteran astronaut, she is also a classical flutist. She even had the opportunity to play the flute aboard the space shuttle Discovery’s flight deck in April 1993.

She currently serves as the chair of the National Science Board and travels around the world doing speaking engagements as a STEM education advocate. Despite her efforts, Hispanics continue to be underrepresented in the field, accounting for only 8 percent of the STEM workforce, a number “substantially lower than their 17% share of all employed,” according to Pew Research Center. Ochoa wants to change that.

Her passion for education has led her to speaking engagements at different schools or after-school programs, “often made up of Hispanic students,” Ochoa noted, to get them interested in STEM. “That’s something I’ve had the opportunity to do for almost 30 years now.” 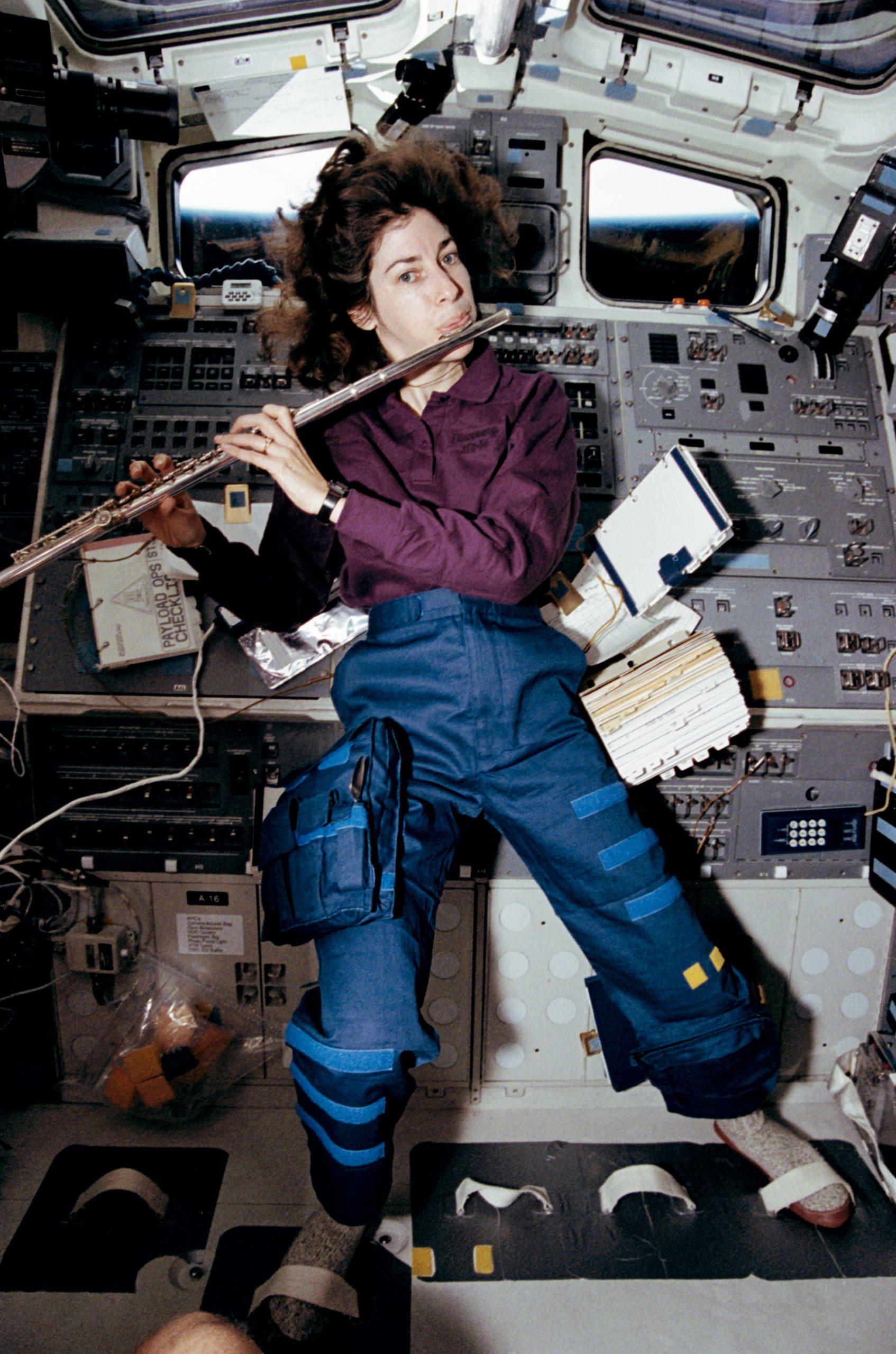 Space news is ever-changing the trajectory of space exploration with breakthrough updates highlighted across recent news releases from NASA. Ochoa still keeps up with the latest happenings, from the innovative accomplishments of the Mars 2020 Perseverance team to the Inspiration4: the first all-civilian mission to space. “This is exactly what we were hoping for,” Ochoa said.“NASA started signing contracts with companies to provide services a good 15 years ago. First, to deliver cargo to the [ISS] and then to deliver crew. In the end, [these companies] will help NASA and develop a whole new space economy. I think this is the year we’re finally seeing that happening.”

Ochoa has received numerous accolades throughout her career, including six schools across the country that bear her name and several awards from NASA. She was also recognized with The Hispanic Engineer Albert Baez Award for Outstanding Technical Contribution to Humanity. In 2017, she was inducted into the U.S. Astronaut Hall of Fame. There’s also a  Peacock original documentary she’s featured in titled “True Colors,” showcasing the stories of eight Latino trailblazers across various fields. In 2020, Ochoa’s story came to life in a bilingual children’s book published by Lil’ Libros, “The Solar System with / El Sistema solar con Ellen.” In January 2022, Lil’ Libros acquired “world rights” to a bilingual five-board book Science, Technology, Engineering, Art, Math (STEAM) series researched and written by Ochoa.

As a member of an elite group of Latinos who have ventured to outer space, Ochoa feels fortunate to have her story shared across various mediums, and hopes that it will reach a broader audience. “Students are still trying to figure out what directions they may want to go, and I hope [my story] inspires them to think big.”

Ochoa told LATINA that she feels grateful for her career. She is someone we can all share pride in, not only for her innovative work but also as a figure of hope for future Latinx generations, evidence that a STEM career is within their reach, and perhaps even space exploration.

The trailblazer’s message to young Latinos dreaming of following in her footsteps: “We need you. We need your brains and your hard work and your dedication.”