The Controversy Behind ‘Blonde’ Is More Interesting Than the Movie Itself

Before most people even had a chance to see it for themselves, writer-director Andrew Dominik’s “Blonde” had already been chewed up and spit out by audiences targeting any major release that drums up even the slightest amount of controversy. From the moment insider sources dubbed the film as “unreleasable” in the early stages of post-production, Dominik’s boldly unconventional (and fictionalized) biopic about the life and death of Marilyn Monroe never really stood a chance.

The Australian director has spent the last 15 years of his career detangling American mythology with surgical precision, first in 2007 with “The Assassination of Jesse James by the Coward Robert Ford” and then again with 2012’s “Killing Me Softly.” Both films ruthlessly shatter the iconography of our national cinema’s two most enduring genre archetypes, the outlaw and the hit man, to confront a uniquely American attitude towards violent, cultural decay under the auspices of late-stage capitalism.

For better and worse, Dominik is a moralist. He’s never content to simply make his case for the decline of the American empire, he demands that his viewers recognize it not only in the world around them but within themselves. Splitting the difference somewhere between Michael Haneke and David Lynch, Dominik is one of contemporary moviemaking’s foremost didacticists and has, in more ways than one, been building towards “Blonde” for the bulk of his career. 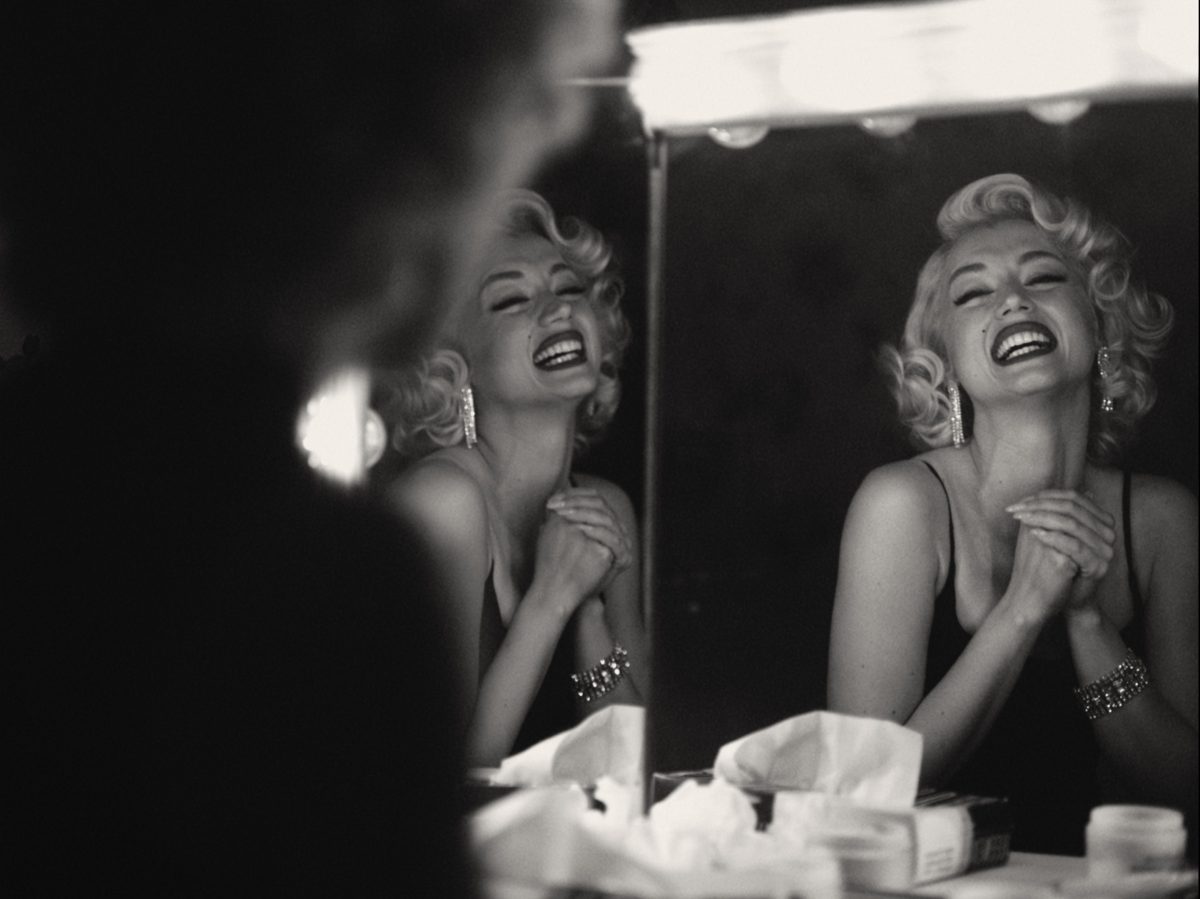 His take on the dichotomy between Norma Jeane and her on-screen alter ego is a go-for-broke epic that almost plays like a greatest hits album of Dominik’s best and worst tendencies, pairing some of the year’s most striking imagery with a series of ineffective emotional beats that prioritize the director’s unrelenting formalism at the expense of identifiable human behavior. “Blonde” is pretty much all vibes for every minute of its nearly three-hour runtime while simultaneously demanding to be taken seriously as an intellectual exercise. It is mostly one or the other — occasionally both, but often neither — nebulously floating from one idea to the next without much connective tissue between them.

It is often self-serious to the point of parody and mostly falls short in its attempts to demystify the mythology surrounding Marilyn Monroe. It regularly traffics in well-worn stereotypes, like the character’s yearning for motherhood which comes off as tired and unimaginative. But in its best moments, “Blonde” is an achingly beautiful and thoroughly haunting portrayal of devastating loneliness, the kind that can swallow whole even the brightest of stars. It’s almost worth wondering what might have happened had Dominik dropped the pretensions of greatness and delivered “Blonde” as a full-on genre exercise in the vein of Roman Polanski’s “Repulsion” or Darren Aronofsky’s “mother!”

In its most horrifying moments — like a slow-motion pan later in the film that reveals a rabid crowd of fans populated by distorted, sweaty, screaming faces — “Blonde” is able to convey the abject terror of stardom unlike anything that’s come before it. But Dominik so often seems to be wrapped up in making a capital-G great movie that his attempts at raw emotionality come off as shallow and calculating. Dominik is consistently making decisive artistic choices but, like the CGI fetus shots, many of them are as baffling as they are unrepentantly silly. 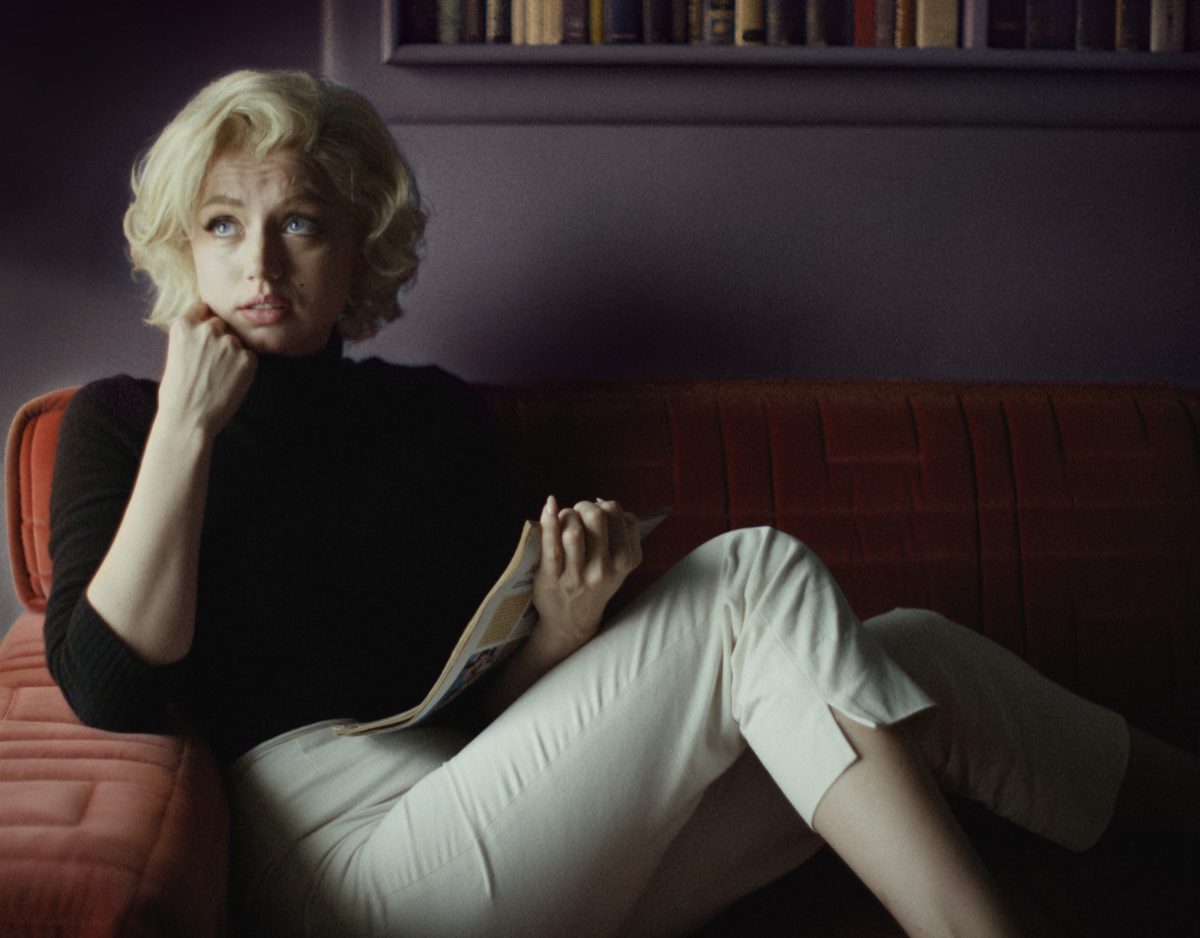 It’s clear watching “Blonde” that Dominik understands the essence of Marilyn Monroe in a much more encompassing conversation about misogyny and abuse in Hollywood star-making. It’s another thing entirely to discern whether or not he actually values her as more than yet another myth to be debunked, another sacred American symbol to be desecrated. Ana de Armas’ transformative performance does what it can to pick up the emotional slack, but Dominik suffocates it in a movie that spends nearly three hours deciding what exactly it wants to be while throwing the character from one traumatic situation to the next.

There are moments where Dominik’s synthesis of style and substance complement each other perfectly, as in his depiction of the infamous “delicious subway breeze” scene from “The Seven-Year Itch” which thoroughly understands exactly why that image was so important in the first place. However, so much of “Blonde” feels like it’s covering well-trodden territory to the point that the controversy surrounding it almost feels disingenuous. While undeniably disturbing, the film never justifies its rare NC-17 rating or even a fraction of the anger and disgust it has drummed up in its wake.

It’s an engaging film from one of the more interesting directors working today, but for all of its aspirations to greatness, it’s ultimately a fairly minor work that, were it not released by Netflix, would have probably come and gone as an odd little curio overshadowed by the bigger and better movies surrounding it. If anything, the vitriolic response from many viewers more or less affirms the film’s disgust towards the culture of celebrity worship and a preoccupation with parasocial relationships that has people jumping in front of a bullet to save a woman who’s been dead for nearly 60 years. The game has changed, but the rules remain the same.