Growing up, Mexican-Lebanese actress Emeraude Toubia looked up to the likes of Rita Moreno, Jennifer Lopez and other Latina actresses in the film industry, and she dreamt of one day becoming an actress herself. Her parents raised her in Brownsville, Texas, a predominantly Latino border town where Toubia saw countless members of her community leave everything behind in pursuit of their dreams in the U.S. When she left her hometown to pursue an acting career in Hollywood, she held closely to the advice her mother gave her as a kid: always be yourself, remember your family and be proud of where you’re from.

These values are exactly what Toubia embodies as Lily Diaz in Gloria Calderón Kellett’s brand new multi-generational romantic comedy series “With Love” on Amazon Prime. The show is centered around the Diaz family, in which each person is navigating their own personal growth and relationship challenges. It’s the series’ realistic display of Latinx culture and romance across different ages, genders and races that made the role one Toubia could not pass up.

“This show is going to set the bar high for others to follow because it’s not about trauma. It’s about love and heartbreak, it celebrates romance, our heritage and our traditions,” Toubia tells LATINA in the weeks leading up to the show’s premiere. “It’s about learning to find yourself and self-acceptance.”

Toubia has been on her own journey of self-discovery since she was a kid in Texas. Early on, she pursued her passion for dance and modeling and participated in numerous pageants, which earned her titles such as Miss South Texas, Miss Rio Grande Valley America and Miss Brownsville Teen. This culminated in Toubia’s participation in Univision’s reality television beauty pageant Nuestra Belleza Latina in 2008 when she was 18, where she became the first runner-up to the crown title.

Following Nuestra Belleza Latina, Toubia also starred in Spanish telenovelas such as “Aurora,” “Voltea Pa’que te enamores,”and “Cosita Linda,” and hosted television shows while sharpening her acting skills with a coach. Focused on making it to Hollywood, Toubia believed that if she trained enough, she would be ready for any on-screen opportunities that came her way. 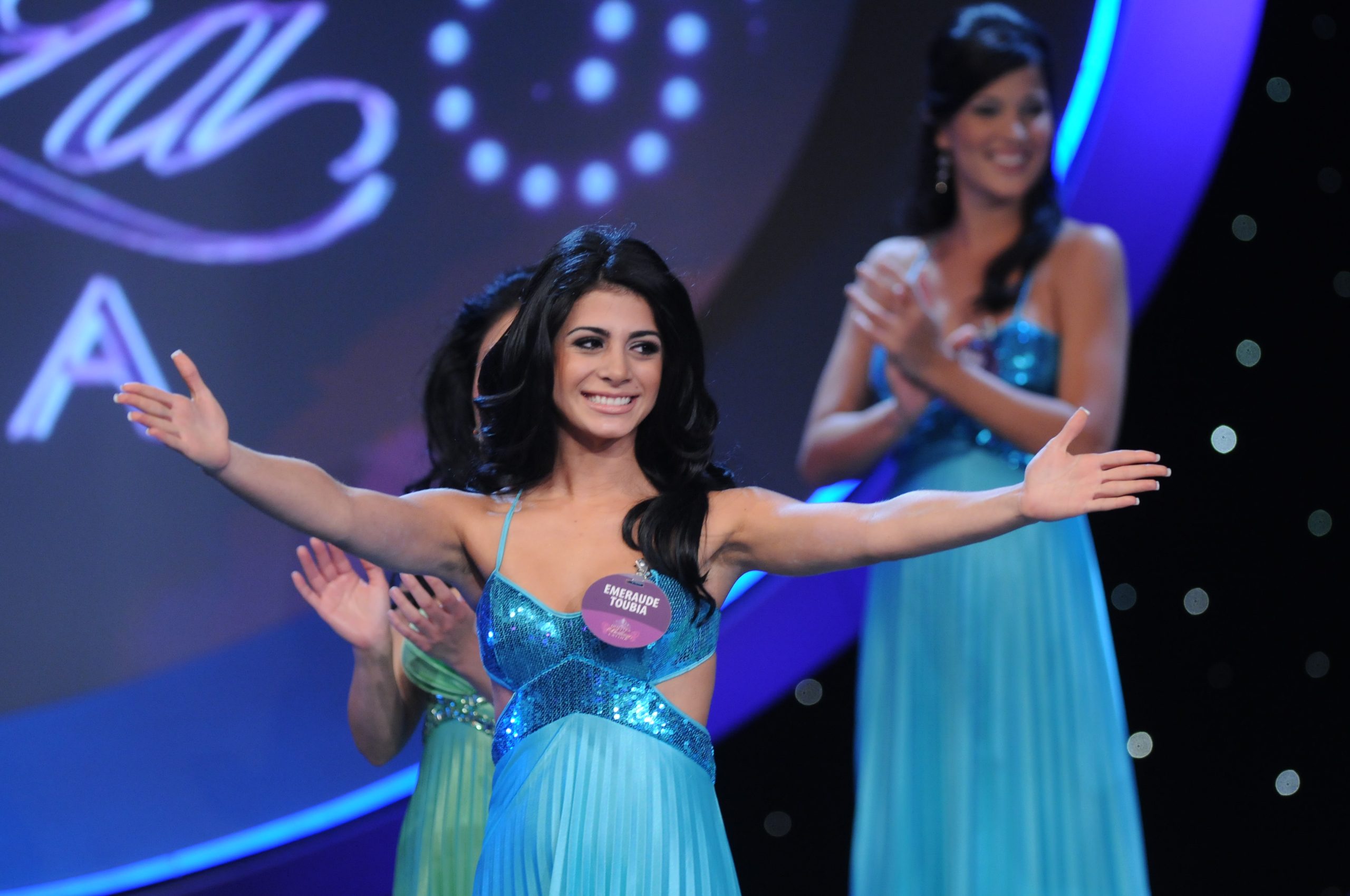 Toubia participated in Univision’s reality television beauty pageant Nuestra Belleza Latina in 2008 when she was 18.

“When you are well-prepared for anything, you can get far,” Toubia says.

After three months living in Los Angeles, Toubia landed a major role on ABC Freeform’s supernatural drama show “Shadowhunters.” During her three years on the show, she was nominated for two Teen Choice Awards for “Best Actress” for her role as Isabelle Lightwood.

Toubia’s latest role as Lily in “With Love” is a departure from the fantasy show. Lily is a 28 year old who is navigating a recent breakup with her “perfect-on-paper” boyfriend. The season opens with an episode about Noche Buena — the day before Christmas when Latinos traditionally celebrate Christmas — as all of Lily’s extended family are visiting for a holiday dinner and prying into her and her brother’s personal lives.

Lily puts on a brave face as she supports her parents, her brother, and others who are going through their own challenges that evening, but eventually realizes she also needs to face her own feelings. Throughout the show’s first season, Lily’s spunky and driven personality inspires her to break away from several of her family’s traditions which she considers outdated — such as the pressure to get married and having the perfect romantic partner at family gatherings — and navigate life on her own terms. Each episode of “With Love” is themed according to a different holiday, including New Year’s Eve, Valentine’s Day, Independence Day and Día De Los Muertos. 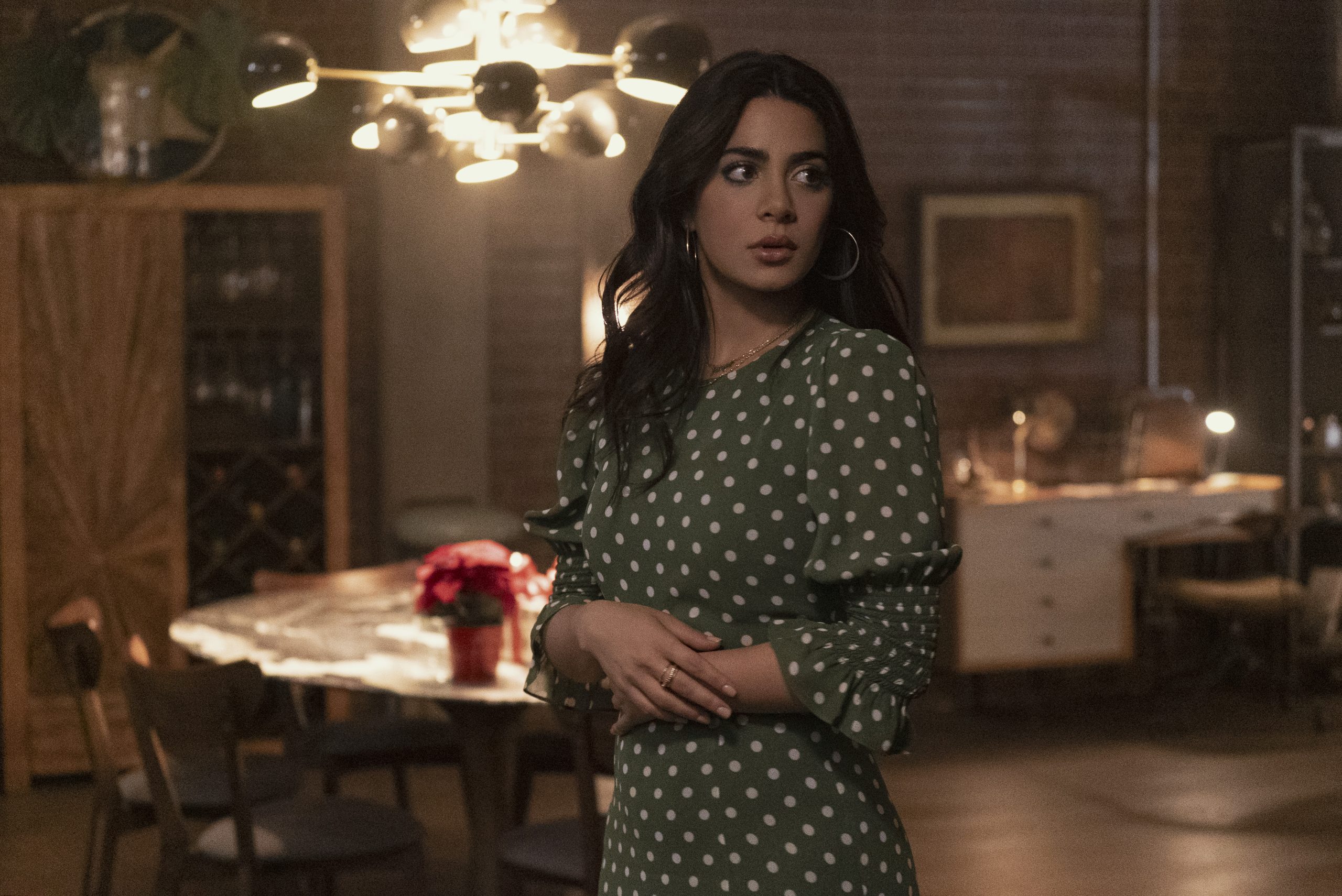 With the show streaming in over 100 countries, Toubia says she’s excited for the impact “With Love” will have. Having Calderón Kellett as a showrunner played a big part in the show’s depiction of people from all walks of life, Toubia says.

“Gloria was on-set every day, the first one in and the last one out. [She is] someone that really cares about the show,” Toubia says. “That was a surprise to me and I feel spoiled now.”

Through “With Love,” Toubia says, Calderón Kellett has created a story that can inspire others to break barriers, rethink the status quo and chase new opportunities. This is precisely what Toubia has taken away as an actress and what she hopes other young women see in her and the show.

“I want girls like me, that look like me, that grew up in small towns like me, with small-town dreams, to keep fighting and prepare themselves,” Toubia says. “Know that your dreams can come true as long as you work on them.”