Puerto Rican Filmmaker Kristian Mercado Figueroa sat down with Alissa Lopez Serfozo to discuss his new short animated film, “Nuevo Rico,” which recently won a jury award at the SXSW film festival. Conceived as a piece of Latinx Futurism, the dystopian short is rendered in a vibrant vapor-wave palette of electric blue, hot pink, and jet black, and follows rebelde twins Vico and Barbie as they stumble upon Taino gods gathering to predict a new Reggaetón star. The mischievous messenger god Eshu is tasked to bestow the gods’ celestial contract to a lucky recipient who will be rapidly launched to international stardom. Overhearing this divine promise, the twins steal the contract and reach overnight success, but are soon torn apart by burdens of fame: alienation, personal vice, and cultural guilt. 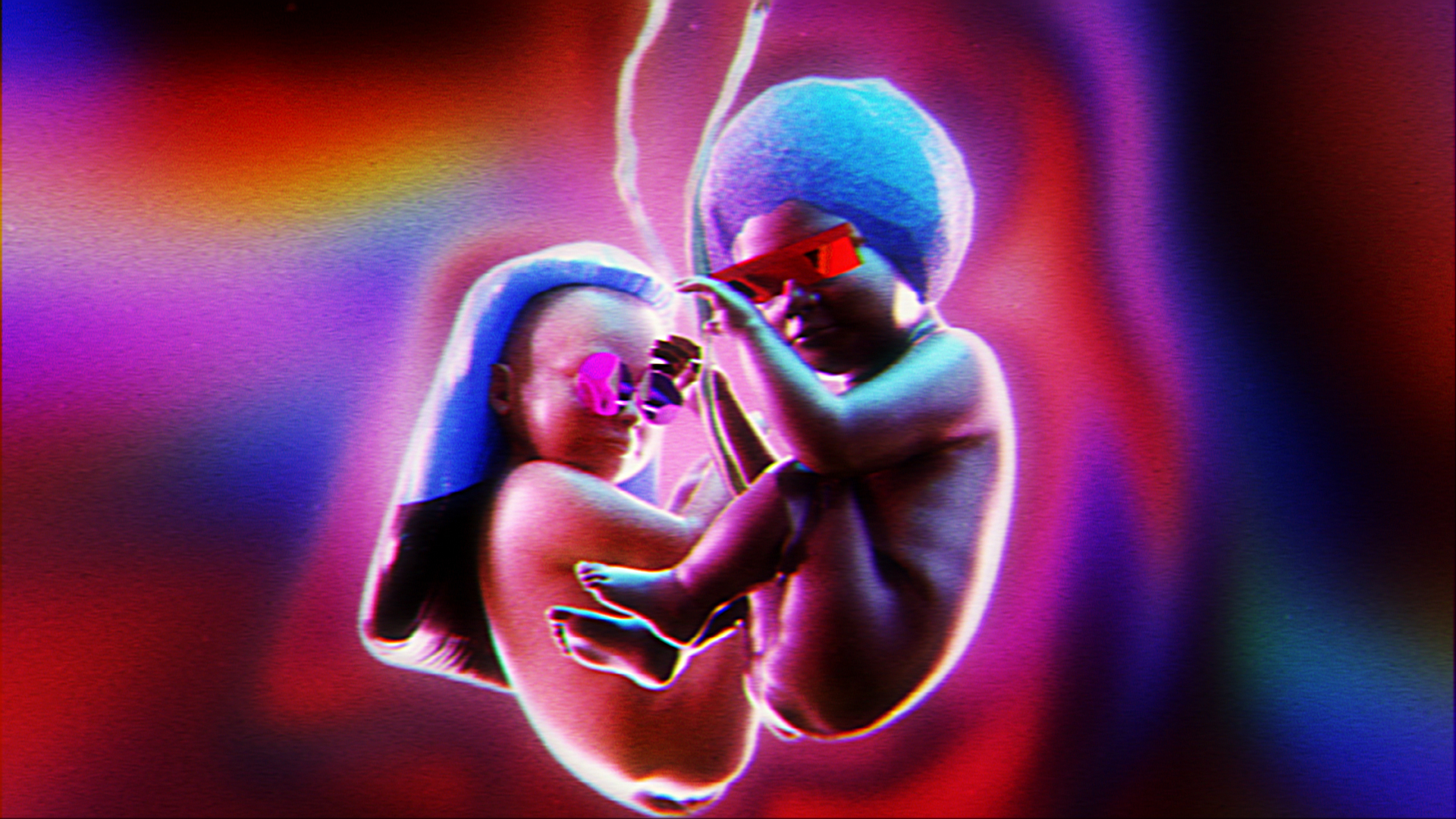 The short film’s title “Nuevo Rico” remixes Puerto Rico’s colonial name, which translates to “rich port,” and plays on the idea of “new money” in the hip hop world. The animated short cleverly unpacks the complicated role that money and wealth play in communities that lack access to it. By following the twins as they are suddenly discovered, make it big, and move to Miami, Nuevo Rico highlights the burden of responsibility put on young and emerging talent from impoverished backgrounds as they navigate new spaces of wealth. Vico and Barbie simultaneously benefit and suffer from the reality that who they are directly contends with the trappings and excesses of the corporate music industry. 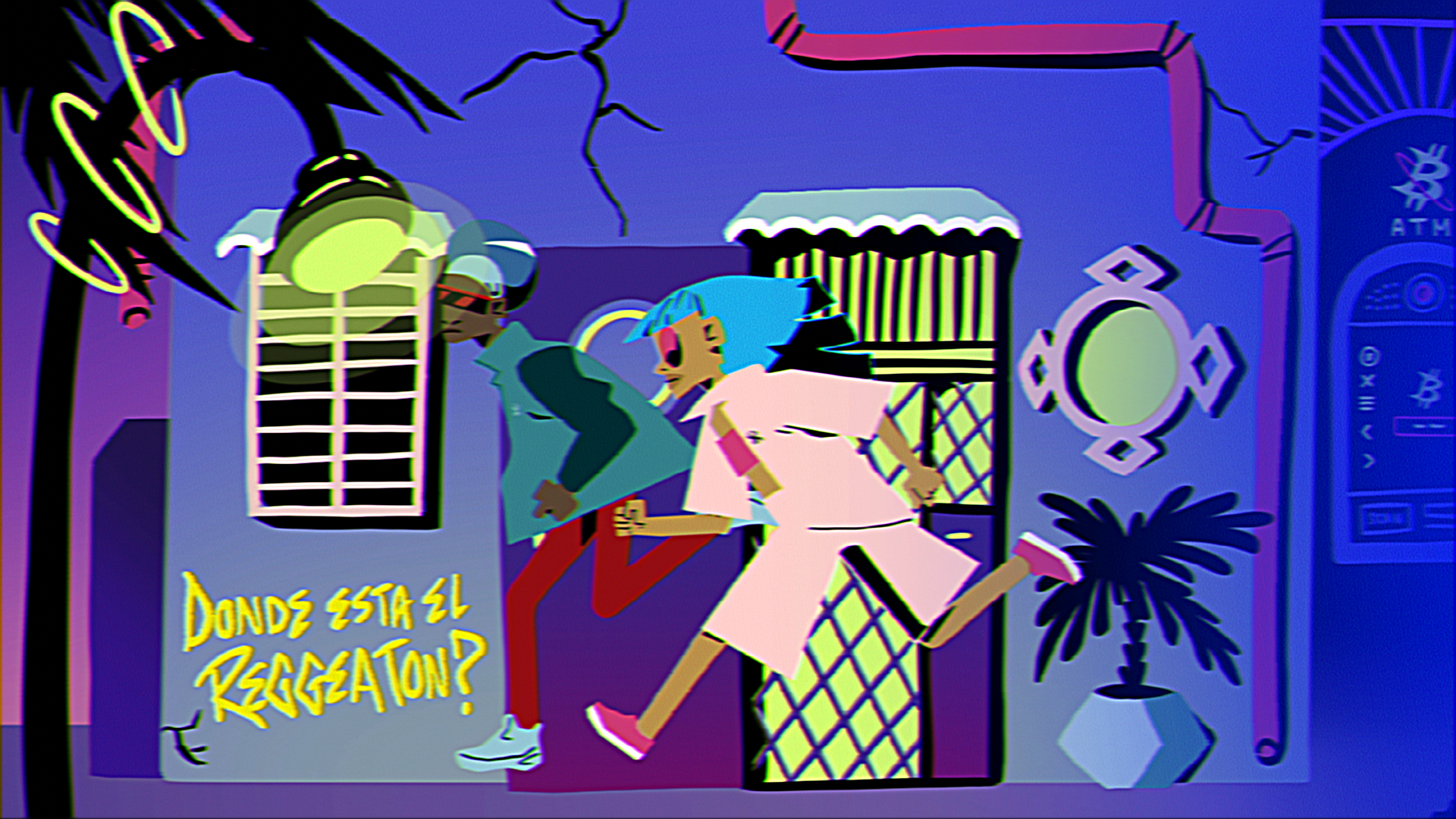 A key component of the short film’s futuristic and proudly Latin agenda is the fact that the main characters become overnight Reggaetón stars. As Figueroa posits, “Because of the diaspora, Reggaetón moves Latinx culture quickly across the states. By playing music across different barrios in the US, Latinx people are able to amplify their culture and reclaim their identity.” Undeniably, Reggaetón has been at the vanguard of pushing Latinx culture into new spaces in the US and abroad. As the genre has taken over internationally, Reggaetón’s biggest stars like Bad Bunny and J Balvin have simultaneously been experimenting with futuristic and hybrid aesthetics that carve out a new genre of Latinx Futurism.

As one of the first Latinx Futurism pieces in the media, Nuevo Rico is also a radical statement on Latinx identity. Whereas contemporary media often labels Latinx storytelling and creative making with strict stereotypes and conventions, Figueroa’s short film challenges perceptions and paints Latinx identity into the future. Mashing aesthetics of fantasy, magic, surrealism, and urban landscapes, the film conjures a futuristic vision. By coalescing such influences, Nuevo Rico assumes a decolonized gaze: Taino gods gathering in the forest, psychedelic renderings of Puerto Rico’s jungle-like interior, homemade Reggaetón beats blowing up on the internet, and a set of afro-indigenous twins haunted by the legacy of their abuelo and ancestral gods. 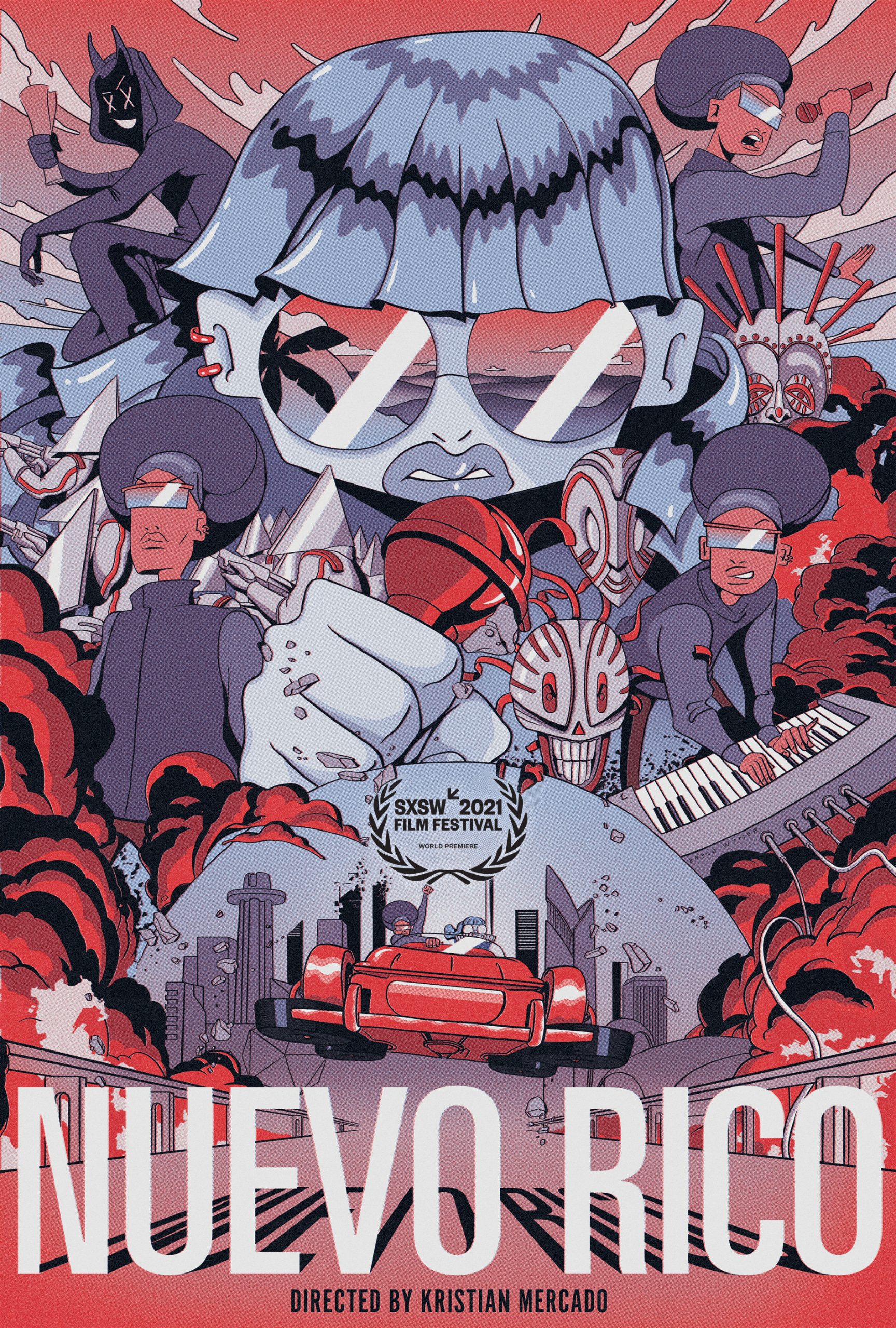